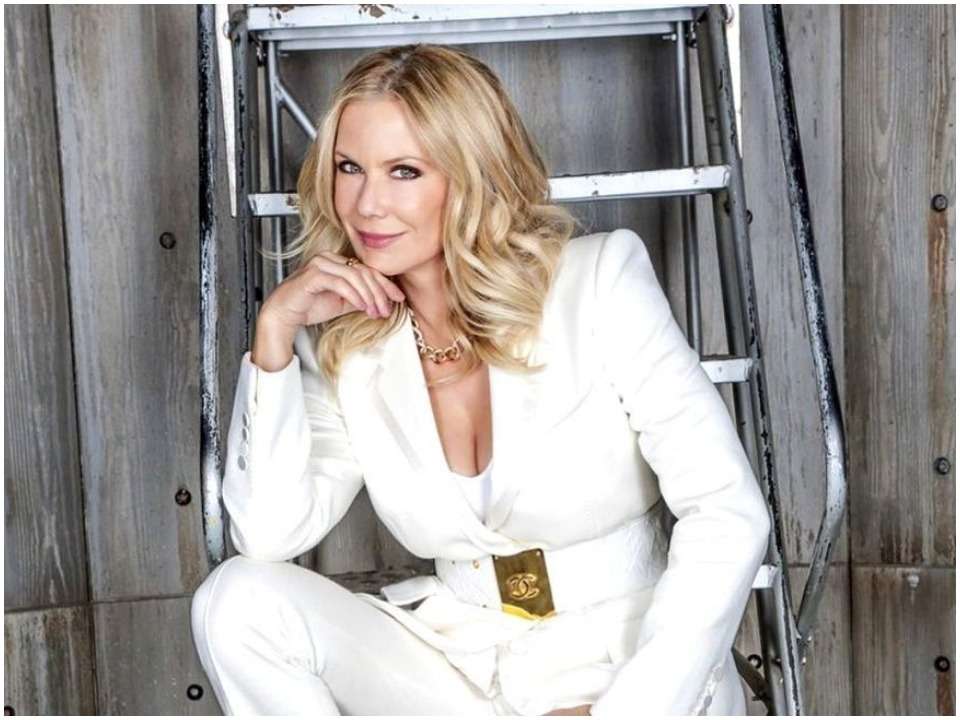 Katherine Kelly Lang is an American actress who has attained huge fame out of her role as Brooke Logan in the soap opera “The Bold and the Beautiful” for the CBS Daytime programming block.

Kelly Lang was born on 25th July 1961 and was raised in Hollywood, California. She went to Beverly Hills High School to attain her education. Her father Keith R. Wegeman used to be an Olympic ski jumper and her mother Judith Lang was a well-known actress of her time. Kelly is the granddaughter of an Oscar-winning cinematographer named Charles Lang.

The time when Lang first appeared on the screen; she was followed by various other roles such as The Powers of Matthew Star and Masquerade which were short-lived but were significant in terms of her role. Kelly got other long-term roles for television series like Happy Days, The Fall Guy, and Riptide. She was also cast the role in the television film Subliminal Seduction. Lang has also worked in three music videos named “There’s no way”, “Getcha Back” and its sequel “It’s Gettin’ Late” and “The Beach Boys”. She has cast the role of Brooke Logan on the CBS soap opera B&B to which she became an integral part of the program ever since. The cast of the B&B celebrated the 5,000th episode that further included only four core characters named Brooke, Ridge, Stephanie, and Eric.

As of February 2015, she is only one of the two main characters of the show “B&B”. Previously, she appeared for the show The Young and the Restless as Gretchen in 1981, and later to this, she returned to the opera in July 2007. Her work with the soap opera B&B was so praised and admired by the audiences that she had been recognized with seven nominations for Soap Opera Digest Award which began in 1991 and the most recent award for which she was nominated was in 2005. Lang has also worked as a special guest for the soap opera named “Neighbours” which was telecast on “10 Peach”. In October 2019, she had her guest appearance for the Greek soap opera named “8 lexeis” for which she played the role of a reporter who used to travel across the country and the story surrounds her attitude toward her life.

Katherine Kelly Lang is a renowned actress who has attained a lot of fame due to her role in B&B soap operas. She is recently a proud mother of three children and also the grandmother of one little girl. She first tied her knot with her ex-husband Skott Snider in 1989. Snider was the director and photographer who specialized in food, lifestyle, architecture, beauty, and other related photography. He was part of advertising and marketing campaigns that used to perform the work of public relations. His work was limited to maintaining brand identity for his work. The couple had two sons together.

Their sons are named Jeremy Skott Snider (born in 1990) and Julian Lang Snider (born in 1992). They ended their relationship and subsequently got divorced in 1995. In 1997, Lang married another man named Alex D’Andrea who was the best-known actor and producer of his time. He had also appeared in various 90s films including “Emporer of the Bronx” and “The New Adam-12”. The pair welcomed their daughter named Zoe Katrina in 1997. Unfortunately, their marriage didn’t work for a long time and they got separated in 2012 which later got finalized in 2014. In May 2018, Lang became the grandmother of her daughter’s first girl child Zuma which means “Peace” in Arabic.

Katherine Kelly Lang is an eminent actress who has a net worth of around $12 million. She is popular because of her role in the famous soap opera named “The Bold and the Beautiful” which she took up first in 1987.