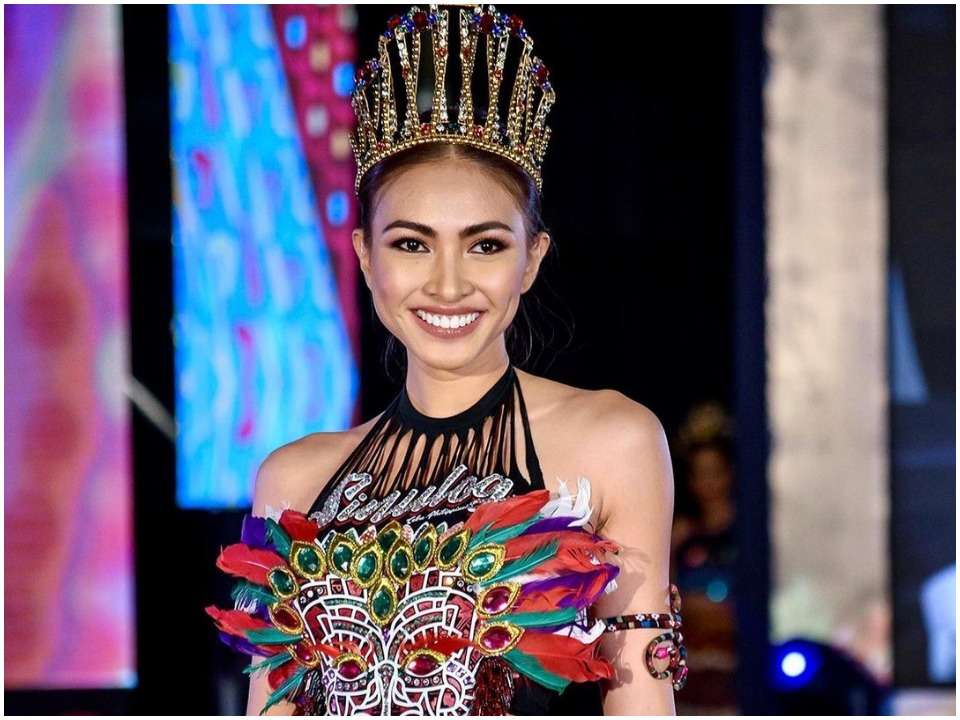 Beatrice Luigi Gomez is a Filipino personality who is pursuing her modeling practices, holds the title of community development worker, athlete, and military sergeant. Gomez is also the titleholder of Miss Universe Philippines 2021.

Beatrice Luigi Gomez was born on 23rd February 1995 in San Fernando, Cebu, the Philippines. She has spent her whole life up to date in the Philippines itself. She went to the University of San Jose–Recoletos and received her degree in mass communication. At the same time, she was a well-known volleyball player at the University.

Gomez is a multi-talented personality who owes her profession of being a boxer, scuba diver, and mixed martial artist. She is the first cousin of the late Miss Tourism International titleholder Rizzini Alexis Gomez. Also, she is the niece of the famous former player Roel Gomez. Roel Gomez was a famous player of his time who used to play for the Philippine Basketball Association.

Beatrice Luigi Gomez stepped into the modeling career professionally in 2015 when she became the second runner-up at the Miss Mandaue 2015 pageant. Later in 2020, she presented herself at the Binibining Cebu 2020 pageant. On 1st September 2021, Gomez presented herself from the side of Cebu City and became one of the thirty delegates in the Miss Universe Philippines 2021 pageant. At the time of her finals on the show on 31st September 2021, Gomez won a few other titles named Best in Evening Gown, Miss Cream Silk, Best in Swimsuit, and Miss Luxxe ImmunPlus Game Changer.

At the finale, she was crowned by the former Miss Universe Philippines 2020 Rabiya Mateo. Beatrice Gomez made history and became the first woman on the show to talk openly about her sexuality. She said that she is bisexual and accepts the same in front of the public. Gomez also competed at the 70th Miss Universe pageant in Eilat, Israel. She entered the top 16 semifinalists and finished the show while being top 5 in the finale. However, the crown went into the sack of Harnaaz Sandhu.

Many speculations started appearing in the media about Gomez’s sexuality. On the other hand, Kate Jagdon confirmed that she and the Miss Universe Philippines 2021 have ended their six-year-long relationship. On 23rd November 2021, Jagdon posted on Instagram saying that the past few weeks were difficult for her to spend. It was a difficult time for her. She made a conscious decision about the matter and decided to speak about her relationship openly before things got out of her hands.

The break-up rumors of both Kate Jagdon and the Miss Universe Philippines 2021 titleholder Miss. Gomez became the topic of discussion for everyone in the industry as both of them deleted their pictures on their respective Instagram profiles. Before winning the crown, Gomez used to speak openly about her relationship with Jagdon. Also, during the interview challenge round, Gomez accepted that she does most of her hobbies with Jagdon including a few of her favorite works like adopting and caring for a cat.

On 25th October 2021, a person named Johnny Batumbakal circulated a post on social media accusing Miss Universe Philippines 2021 Miss Gomez of cheating her recent partner Kate Jagdon with her friend John Odin. Originally, the post came from a Facebook profile with the name Johnny Batumbakal. He detailed lots of pieces of evidence pointing to Gomez’s alleged affair with Odin. The post went viral and at the same time, Batumbakal went unavailable. Afterward, there comes no intimation about such rumors.

As per her official page on Wikipedia and other reliable sources, Beatrice Gomez is a multi-talented personality who owes multiple professions. She is an athlete who used to be a boxer, volleyball player, scuba diver and mixed martial artist. She owes her talent in modeling and has also won multiple awards for the same. Although she has not acclaimed her exact net worth, we assume that she is earning a net worth of around $5 million.