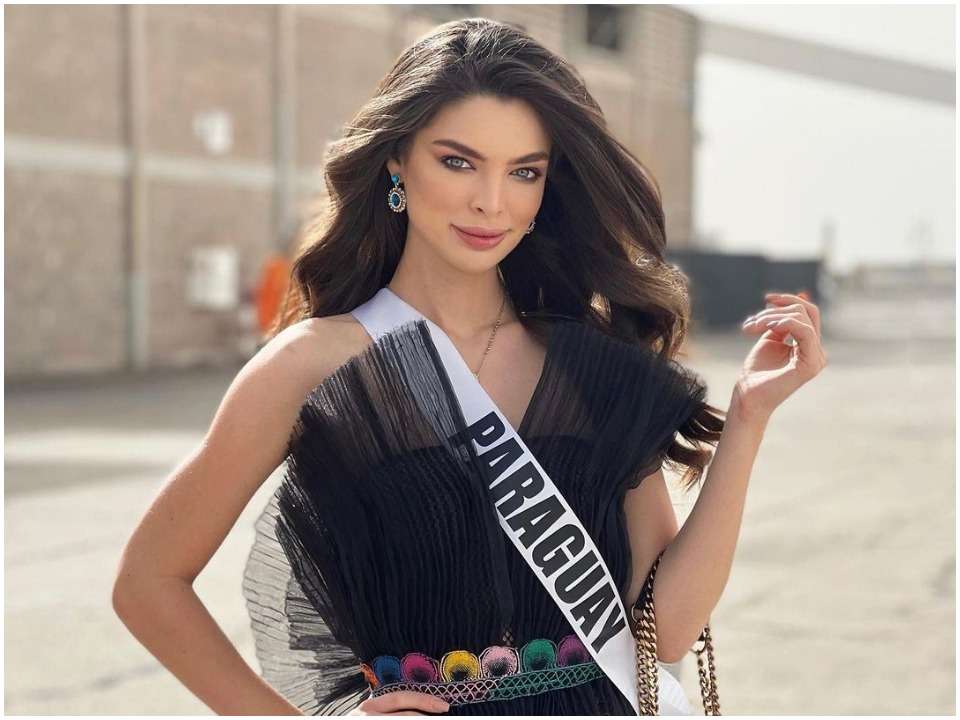 Nadia Ferreira is a Paraguayan fashion model who clinched the crown of Miss Universe Paraguay 2021. Nadia presented herself at Miss Universe 2021. She finished while being at the finale of the Miss Universe 2021 and became the first runner-up after Harnaaz Sandhu won the title.

Nadia Ferreira was born on 10th May 1999. As of 2021, Nadia is 22 years old. She was previously crowned Miss Teen Universe Paraguay 2015 and became the third runner-up at the Miss Teen Universe 2015. Nadia first garnered her recognition when she walked on the stage of the F/W 2018 show. She was selected for the walk at New York Fashion Week. Since then, she appeared in various other shows including Harper’s Bazaar, Cosmopolitan, L’Officiel, and Robb Report Singapore. It is not known from where Nadia completed her education. But, it is sure that she completed her education in 2016 after which she started appearing in different shows.

Nadia first started her career with commercials and other advertising campaigns. She appeared on many walking platforms including New York Fashion Week. With her style of walking and the number of appearances she made so far, she has been recognized nationally and internationally creating a lot of supporters and critics for herself. Nadia Ferreira also walked in numerous fashion shows including Paraguay, Uruguay, Santiago, Paris, Brazil, and Milan. In 2018, she signed a contract with the model agency called Wilhelmina. Wilhelmina is famous because of certain names (who have been there with the fashion show during their time), including Nick Jonas, Demi Lovato, and Nicki Minaj.

Nadia was also featured as the pain presenter in Gettyimages editorial photography. In March 2019, Nadia revealed a picture of her on Instagram where she announced that she was selected to appear for Cosmo Fashion Night in Mexico City. In the video, she was seen walking close to the mariachi musicians. Nadia became a local celebrity after she participated in the famous program called “Parodiando” in 2015. It is one of the famous shows of Telefuturo where participants are supposed to perform parodies of famous singers.

As far as her personal life is concerned, Nadia Ferreira has maintained a secretive life. She has not revealed much about her parent’s details, past love affairs, boyfriend details’ or whether or not she is committed to anyone romantically. Nadia has kept her life private from the public’s eye and tries to hide from the comments of people on her personal life.

Seeing Nadia’s professional and working life, it can be said that she has attracted good fortune for herself because of her modeling career. She is an aspiring model who is on the way to accomplishing various roles, names, and honors. Although she has not opened about her net worth and what she does professionally to earn a livelihood, we assume that she is earning somewhere between $1 million to $5 million.