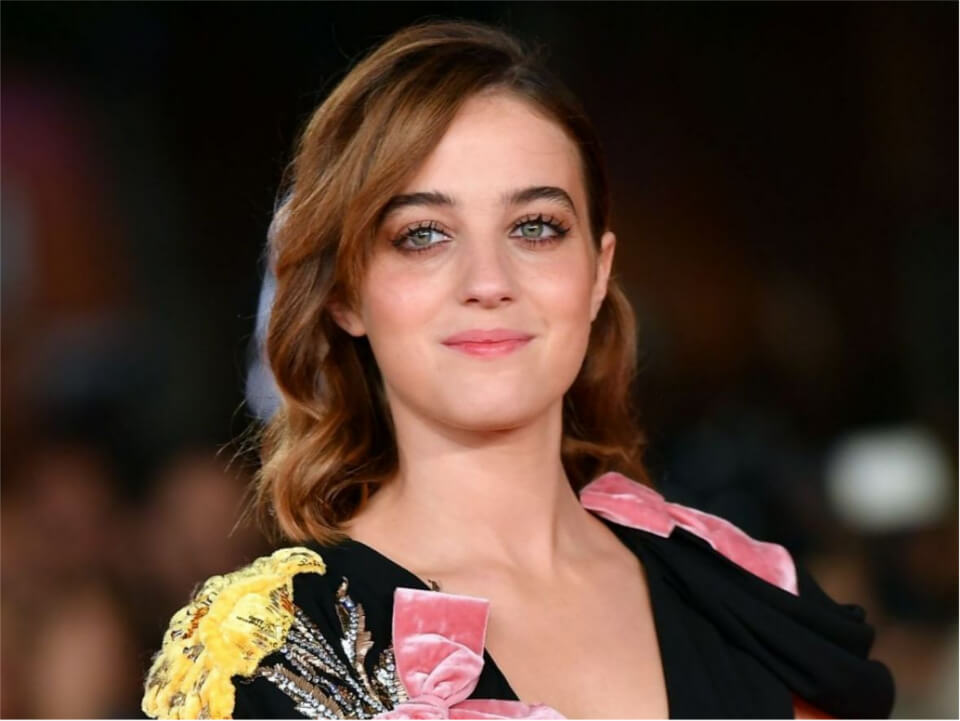 Beatrice Grannò is a beautiful female-Italian Actress from Rome. She is also a Model and Musician. In 2021, she was honored with – The meno di Trenta Award for the category of Best Film Actress for “The Indifferent (2020) “, directed by Leonardo Guerra Seràgnoli.

Beatrice Grannò was born on 6th May 1993 in Rome, Lazio, Italy. Her father’s name is Marco Granno, and her mother’s name is Lucia Granno. She shared her childhood with her brother named Simone Grannò. Since childhood, she has been passionate about contemporary dance, music, and figure skating. In 2011, she attended the Scholarship for the Academy of Musicals “Arteinscena” of S. Marchini and F. Miseria, Teatro Politeama Pratese. From 2016 to 2013, she attended the East15 Acting School London – Ba in Acting and Contemporary Theater (CT). In 2018, she received her technical knowledge in the field of acting and attended the workshop of L. Calamaro to get the technique of “Approach to a Dramaturgy of the Actor.” She has enrolled herself in Meisner Technique with JG Cala (RM) in 2019.

Beatrice began her acting career by working as a stage performer. In 2014, she was seen in the “I Had Enough Swimming Lessons…”, directed by U. Roodner, Chigwell, Essex, and “Corbett Theater, Essex “Endgame”, directed by J. Gillet. Later, she give music for “Macbeth” in 2015, directed by B. Shanahan at Hornsey Townhall, London. In 2017, she again give Music for “Scrap a Trashedy”, directed by D. Finn.

While working as a Theater artist, she got the opportunity to play the role of Valentina in Don Matteo 9, the ninth season of the Italian television series, which is directed by L. Ribuoli. In 2018, she was also seen as a Siry in the TV series “School Hacks”, Walt Disney Italia. In the same year, she participated in “Mexico: A Love Story” with Superglue Assembly Line, Vaults Festival, and Wandsworth Fringe Festival, London. Later, she came into the limelight for her fantastic performance for TV-Series “DOC-Nelle tue mani” (2020-2022), directed by JM Michelini, C. Visco. She played the role of Carolina Fanti from season 1 and season 2.

In 2021, she was seen in the Italian superhero series “Zero,” directed by P. Randi, I. Silvestrini, M. Ferri, and M. Hossameldin. She played the role of Anna, alongside stars such as Richard Dylan Magon (Momo), Frank Crudele (Sandokan), and Miguel Gobbo Diaz (Rico). The series “Zero” was available on Netflix from the 21st of April 2022. Later, she became the cast member of “The White Lotus 2 – season 2″, an American comedy-drama, directed by M. White for HBO which premiered on 30th October 2022.

She played the role of Mia, a local aspiring singer who resists her friend Lucia’s attempts to introduce her to sex work. Apart from acting, she always wanted to be a musician. Presently, she worked with VOLVER, a Talent agency, and RDR MGMT, which helps with recording and promotional strategies for new Italian musical talents.

Beatrice Grannò’s marital status is unmarried. As of 2022, Beatrice Grannò is not married and is not in any love relationship. Beatrice is active on social media platforms such as YouTube, Facebook, and Instagram. As of 2022, she has 91.4k followers @beagranno, on her Instagram account. She has 306 subscribers on @beatricegranno2821, YouTube channel. She has 290 followers @grannobeatrice, on her Twitter account. According to her interview, Beatrice Grannò is the star of the new digital cover of Vanity Fair.

Beatrice wanted to work on large platforms in the entertainment industry. According to various sources, Beatrice Grannò Net worth is around $ 1.5 Million USD.