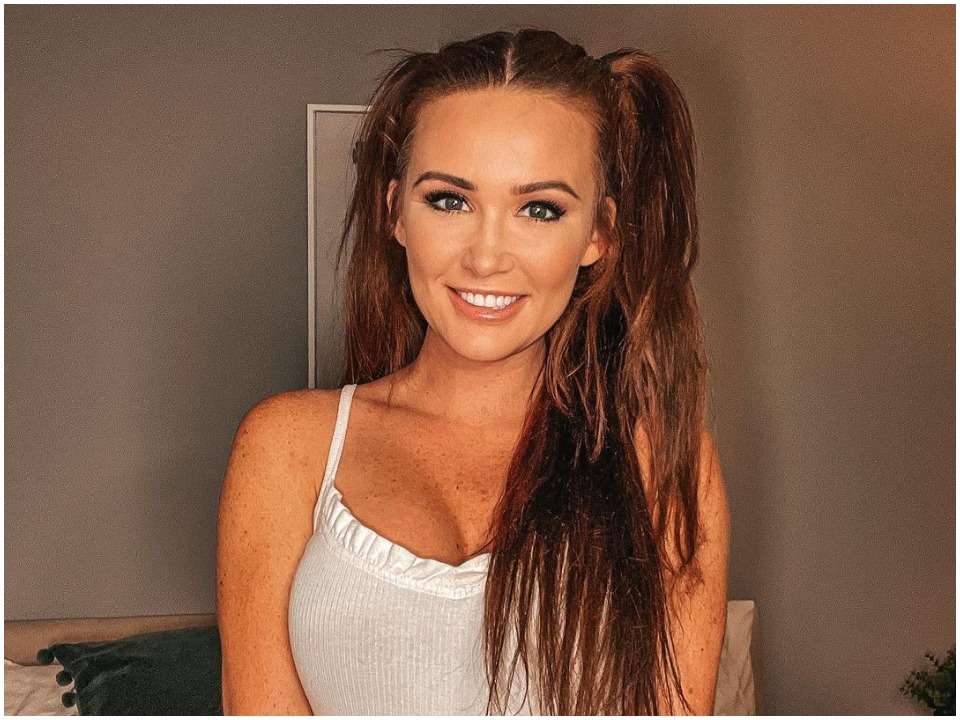 Ashley Brooke Mitchell is an American personality. She has participated in many television shows. and currently gained huge popularity for being a model, reality star, and actress. Recently she caught the attention of media but all for negative reasons as she has been expelled from “The Challenge” because of breaking the rules of the show.

Ashley Brooke Mitchell was born on 7th August 1987 in San Francisco, California. As far as her family is concerned, we don’t have any information except his father was titled Mr. WV bodybuilder. For education, she went to West Virginia University where she completed graduation in Broadcast Journalism.

To remain constant with the show, she requested her roommates to vote for her if they wanted her to stay with the show. However, with her drunken attitude and unstable behavior, many voted for her elimination due to which she was removed from the show as it didn’t seem to be fine with other roommates. During her time with the show Dirty 30, she had to withdraw her hand from the show after she lost her luggage at the airline. She had to spend the show with no clean clothes and was remained with no clue except to withdraw her name. Later in 2017, she participated in Champs Vs. Stars but due to objections from her family she had to withdraw her name.

Early Exit from The Challenge

In the 14th episode of the show, the fans had to face the shocking reveal. One of the toughest competitors was Ashley Brooke who was announced to be eliminated from the later episodes of the show. While the elimination round was going, the host TJ Lavin announced that Ashley Mitchell was deactivated from the show as she broke the rule. No further information is being provided. Ashley just entered episode 13 while competing well in the show. She confronted other female competitors and won the challenge. She had been a two-time champion. During the time of nominations, she was absent on the stage due to which TJ revealed that she would have been removed for breaking the rule.

There has been no official information regarding the reason due to which she was eliminated from the show. But many have confirmed the departure of the lady. On the other hand, Ashley Brooke tweeted and thanked everyone who devoted his/her time to her. She said that she respects the rules and would obey the decision of the channel. However, the news has been confirmed that Ashley has been kicked off from the show which has surprised many of her fans. Lavin even provided information regarding her elimination and told that Ashley was absent at the moment at headquarters. She broke one of the rules because of which she would be eliminated and would not be allowed to attend further episodes of the season.