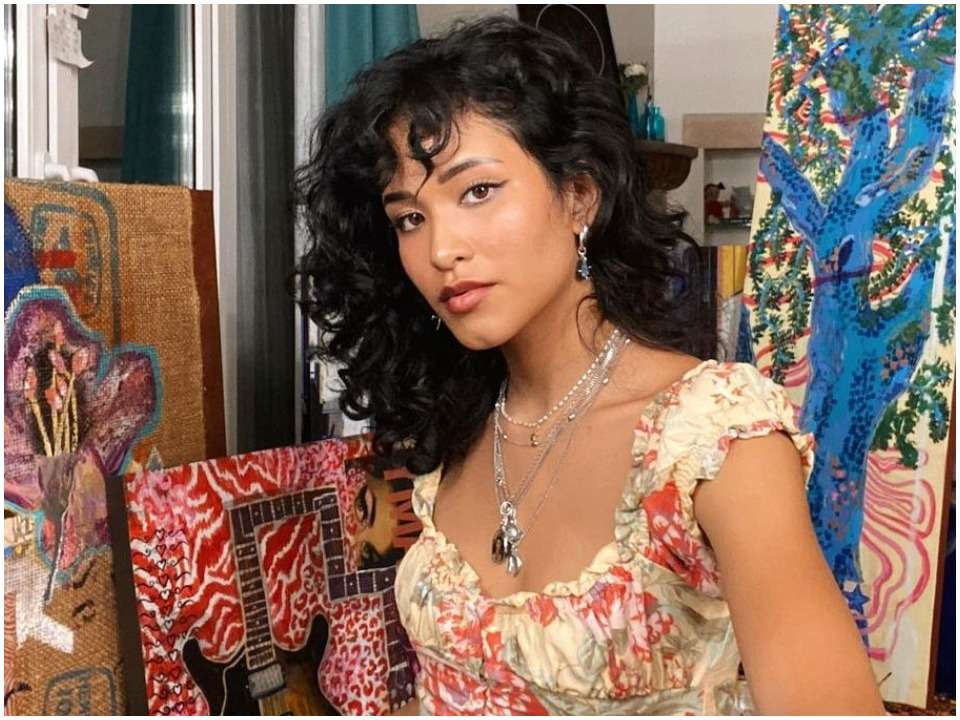 Andrea Chaparro is the new face who has got a definite role in the upcoming new series of Netflix, Rebelde. She will be playing the role of MJ and it will be great watching her in the series. Rebelde is already making hype on social media about its cast members and the characters or the outfit. Andrea is known for her Mexican roles in films. She is an entertainer who first made her last appearance in films in 2021. She has just started her career with a few films in hand. Till now, she has got three acting credits. She performed in two films in 2021 and was recently hired for the role of MJ in the new series Rebelde. People are getting eager to know about her career and other details. Her appearance in the series is already creating the buzz.

Andrea Chaparro was born on 16th January 2002 and as of 2022, she is merely 20 years old. At such a young age she has achieved a lot in her life. She has been working as a television personality for years. Chaparro stands at the height of 5 feet and 6 inches. She has a personality with dark brown eyes and dark hair color. She was born in Chihuahua, Mexico to her beloved parents whose details have not been revealed yet. For now, she is popular because she is the daughter of famous Mexican actor Omar Chaparro. Her father Omar Chaparro is also a media personality, singer, actor, and television host.

He has done more than 20 films and more than 10 television series in the past. Her mother’s name is Lucia Ruiz De La Pena who is also not very much familiar with the entertainment industry. Andrea is the kind of personality who is quite famous on social media. She has gathered almost 128K followers on Instagram and started updating her feed on Instagram in January 2016. She has got a verified account on her Instagram profile. Andrea was brought up with her two siblings named Omar Emiliano Chaparro and Sofia Chaparro.

Chaparro is famous for her particular roles in films or series like The House of Flowers (2021), and No fue mi culpa: México (2021). Now, she is going to have a significant role in the series Rebelde that is the new telecast of Netflix. Andrea played the role of Inés in ‘The House of Flowers: The Movie. The film No fue mi culpa: México which was released in 2021, made Andrea quite famous in the industry. It helped her gain limelight. People are already making hype that Andrea is born with acting skills as she is the daughter of an actor from her father’s side. Andrea started her journey in the entertainment industry when she first participated in the singing competition called “La Voz Kids Mexico”.

She participated in the auditions in the fourth season of the series. However, it is not known whether or not she could make her journey till the last episode. She certainly entered the singing show by giving an online audition and she sang the song titled “You didn’t teach me”. Even after being known by many personalities in the industry, she has not revealed anything about her relationship with anyone in the industry. Andrea is a frequent user of Instagram. She often posts her pictures expressing her activities and love for life.

Andrea Chaparro has not revealed much about her life. For now, certainly, she is not committed to anyone in the industry. She has already met the ethics of the industry while being an entertainer in the field of singing. However, not much is known about her profession as she has just stepped into the industry with her new passion. Andrea has got trained in acting and dancing. She gets enough support for working as an entertainer from her father’s side.

Andrea Chaparro has just stepped into the entertainment industry with her talent and skills. She is quite known for her two films The House of Flowers (2021), and No fue mi culpa: México (2021). As far as her net worth is concerned, we estimated her net worth as $100,000. Also, she belongs to a well-educated and settled family as she is the daughter of an actor and a homemaker. She stepped into the industry with her singing audition. She is yet to achieve a lot of success in her life and we wish for her new endeavors ahead.