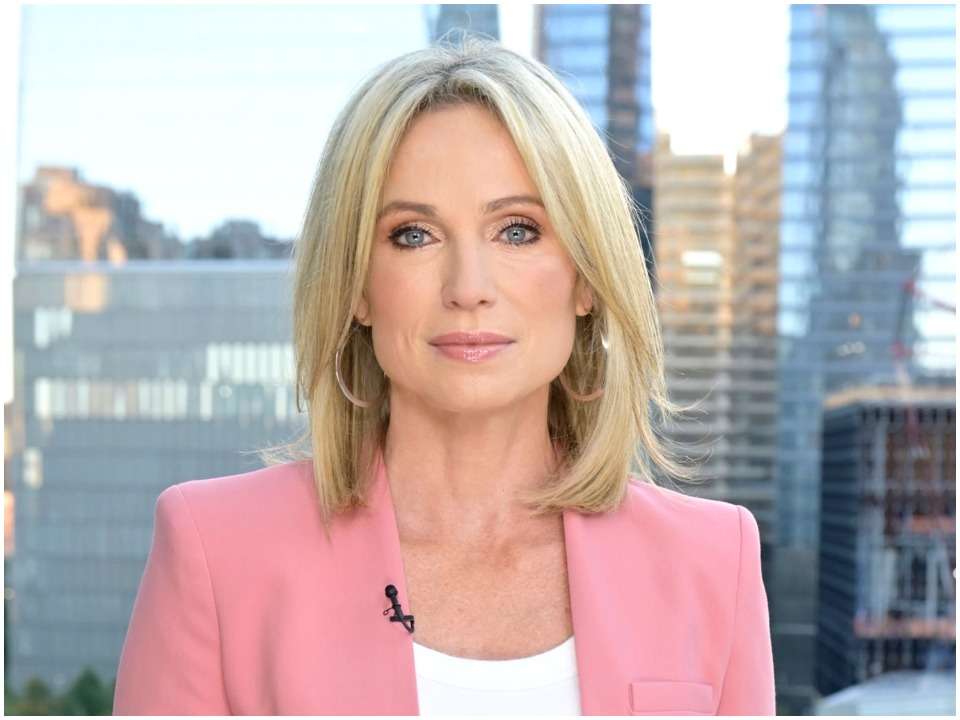 Amy Robach is an American television reporter who has worked for ABC News. She has remained the co-anchor of 20/20 and Good Morning America. Amy was a national correspondent when she was working with NBC News. She has also worked as the co-host of the Saturday edition of NBC’s “Today” and as an anchor on MSNBC. Since May 2018, she has been working as the co-anchor of 20/20 alongside David Muir.

Amy Robach was born on 6th February 1973 in St. Joseph, Michigan, and was brought up in East Lansing, Michigan. She moved to St. Louis, Missouri, and later to Georgia with her family. In Georgia, she went to high school and college to attend his education. She did her graduation from Brookwood High School in Snellville, Georgia. Later, from the University of Georgia, she pursued her education in broadcast journalism. In 1995, she participated in the Miss Georgia pageant where she was announced the 4th runner-up.

Robach began her career with WCBD in 1995. In 1999, she left the network and began working with WTTG in Washington, D.C. Thereafter in 2003, she came to MSNBC where she spent almost four years while doing stint anchoring for two hours in the morning and working for the show Countdown with Keith Olbermann and Morning Joe. She also showed her presence as a co-anchor for the show “Weekend Today” which used to be telecast in July 2007. Her last day with the show was May 2012 when she made it public that she would be moving forward with ABC News.

Amy Robach was married to Tim McIntosh. They married each other in 1996 and stayed together until they filed for a divorce in 2008. They together have two daughters named Ava (2002) and Analise (2006). Later, Robach became engaged to Andrew Shue in September 2009. The pair met each other at a book party previously in April. They then married on the 37th birthday of Robach on 6th February 2010 in a lighthouse at Chelsea Piers. Amy Robach has three stepsons with her recent marriage with Andrew Shue, Nate (born in 1997) Aidan (born in 1999), and Wyatt (born in 2004).

Recently, on Tuesday (26th October 2021), Amy Robach and Andrew Shue delighted their fans with the news of publishing their book. Their long-waited book named “Better Together” has been released. The children’s book is the first project of the couple on which they have worked together. The book was inspired by the blend of the whole family. It comes with a picture of the whole family where Amy and Andrew both have posed together with their five children and seem to be incredibly close.

Robach and her Breast Cancer

On 11th November 2013, Robach disclosed news about her health stating that she was going through medical treatments because of breast cancer. She had received a mammogram on 1st October 2013 and had undergone several follow-up tests. On 22nd November 2013, Amy revealed that she was undergoing various surgeries and doctors have found a second malignant tumor in her other breast as cancer had spread to her lymph nodes. Thereafter, she had to undergo eight rounds of chemotherapy and reconstructive surgeries.

Amy Robach is an American journalist who possesses a net worth of around $10 million with an annual salary of $1 million. It should be noted that more than half of her net worth’s amount is attributed to her husband named Andrew Shue who is a successful internet personality, entrepreneur, and former actor.