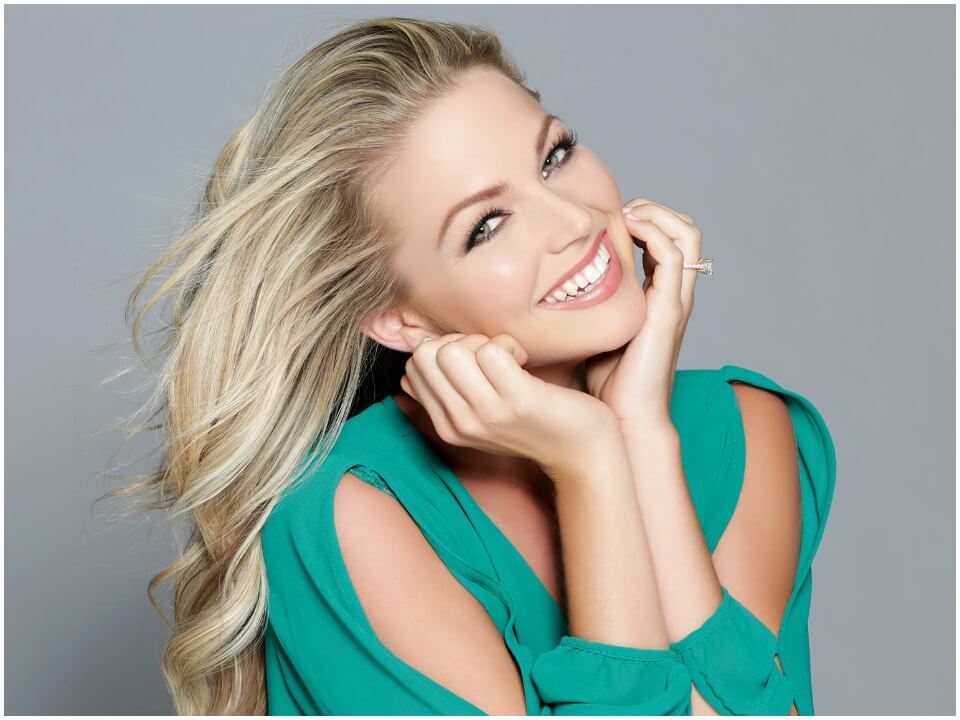 Allie LaForce is a popular American journalist, model, and beauty pageant titleholder who is a reporter for Turner Sports which covers the NBA on TNT. She also worked as the host of We Need to Talk on the CBS Sports Network and also as a broadcast sports anchor and reporter for the Fox-affiliated WJW.

Alexandra Leigh LaForce popularly known as Allie LaForce was born on December 11, 1988, in Vermilion, Ohio in the United States of America. She is the daughter of Lesa LaForce and Wade LaForce. She has not mentioned anything about her siblings.

Allie as a student attended the Vermilion High School. She then attended the Ohio University and graduated from it. For her majoring in the field of Journalism, she went and studied at the E.W. Scripps School of Journalism.

Allie started her pageantry career on August 8, 2005, she went to represent Ohio in the Miss Teen USA 2005 pageant which was held in Baton Rouge, Louisiana. She competed with others in an evening gown, swimsuit and then was announced as a winner after she was seen in the final interview round of the competition.

Allie started her journalism career by first working as a sideline reporter for the Sports time Ohio in the 2010 Mid – American Conference’s football season MAC men’s basketball tournament and also in the 2011 OHSAA basketball championship.

She then signed as an anchor and a reporter with WHW channel 8 which is Cleveland’s Fox affiliate. In 2014, Allie was announced as the replacer of Tracy Wolfson as a sideline reporter for the SEC on CBS.

Allie leaving CBS Sports was announced in June 2018, as the two sides could not come to terms on a new deal but Allie can be still seen making occasional appearances on the CBS due to her reporting role of March Madness.

She later signed a deal with Turner Sports so as to continue her role as a sideline reporter for the NBA of TNT and NCAA Tournament.

In 2015, the beautiful journalist Allie got married to the MLB relief pitcher Joe Smith who is a former professional basketball player who played the role of power forwarder. The couple currently lives together in their house in Houston.

The talented host and journalist, Allie, earns a net estimated income of $ 3 million USD, through her journalism, modeling, and her career as a host. She is really passionate about her work and works hard and is known to give a different topic and content every time she is seen on the screen.