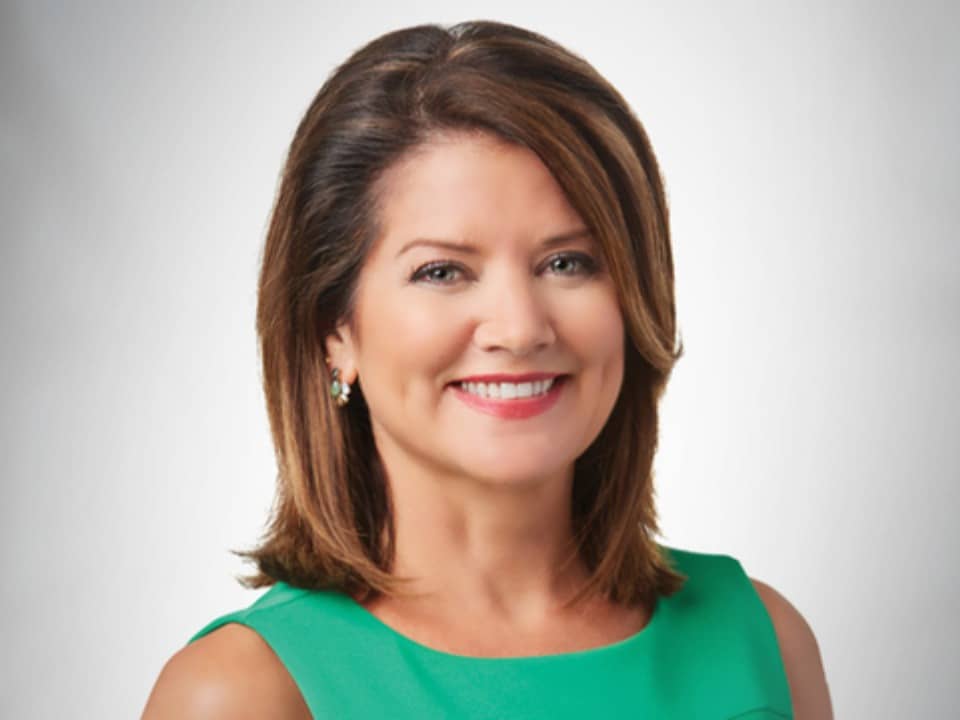 Smart, confident, and self-established lady, is well known to be a triumphant anchor Alix Kendall. She is currently employed by FOX 9 Morning News as a co-host and serving the network for over 2 decades now. Over these years, she made her phenomenal presence at the network and made her every second count. Besides being a media personality, she is a good human too, who believes in charity and has helped many charitable organizations in the USA, working for the welfare of the poor and needy.

Alix Kendall was born on 9th May 1962 in Minneapolis city in Minnesota, located in the United States of America. She is a daughter to mother, Camille, who raised her single handily alongside working as a switchboard operator in 1963 with KARE-TV and an anonymous father. She was raised alongside her sister namely, Sheri Kendall, with who she shared her childhood memories. Alix has a soft corner for animals and is a mother of 2 pets, a dog, Paxton, and a cat, Stanley.

At an early age, she was interested in playing baseball and to opt her profession in baseball. Bright Alix attended Roosevelt High School for her primary education. As a student, she was studious and ambitious about her career, where she graduated with a high school diploma in 1976. Later, she finished her college years, graduating from Brown College, which comes under the University of Minnesota. She received a bachelor’s degree in broadcast journalism.

Alix began her career at Minnesota State Fair at the handwriting analysis booth. It was her first job that brought her motivation to bring out the best of her and to present herself in front of the world against all odds. Later she joined radio at North Platte, Nebraska, and worked there as a DJ for KELN-FM in 1985. To boost her career, she transferred to Omaha, Nebraska, for hosting shows at various stations in the city. She ended her term at KLXK-FM and jumped to television after 2 years, where she initially landed in WCCO-TV as an intern. After finishing her internships, she relocated to Austin, Minnesota, and start serving her duties at KAAL-TV as a reporter and anchor for the weekday 10 pm news bulletin.

Moreover, for her better understanding and experience, she moved to Albuquerque in New Mexico, where she worked as a weekend reporter and anchor for KRQE-TV. After spending a couple of years with the network, she shifted to Cincinnati, Ohio, where she started as a co-host for the show 19 in the morning and stayed tuned with the network for 3 years. This was followed by the stint at Fox-affiliate KMSP-TV, where she presented herself as an amazing anchor and a reporter for Fox9 Morning News and stated that it is worth every second to work at the network. she co-hosted with Tim Sherno for almost 7 years before she left a nationwide search to begin and as a result, Tom Butler was her replacement. She also served as a co-host for Fox9 Buzz.

Alix was once found involved in controversy, which is a routine for being an anchor. She filed a lawsuit against government agencies and claimed more than $75,000 and accused them to access her private information without her consent. In May 2018, Minneapolis City Council agreed to pay her $150,000 and $43,500 in lawyer fees, fulfilling a $193,000 settlement. It is termed one of the cases in a long saga that involves city cops who investigated through the deep roots for fair judgment. Alix once received a note which says ‘You need to lose 10 pounds, which was a kind of threat note. She got a lot of support from the viewers supporting her and motivating her.

Alix looks adorable in her social media posts. She emerged fame on the internet via her fascinating lifestyle and airing on Tv. Alix has gathered 5695 followers on her Instagram @tvalixkendall, where she usually posts her fun activities along with her pets, family, and friends. She captured some lively moments on her phone which she shared with her fans. She is a twitter activist. Her account @alixkendall shows 12.2k followers, where she shares updates about her show and current affairs. She regularly tweets about the legitimate issues going around the world.

Amid her blurred romantic inbounds, she was married to an unknown husband, which turned out worst, so they decided to get separated. She has a daughter with her ex-husband namely, Kaitlyn, to whom Alix is a single mother. Her current marital status is a divorced mother but it is unknown if she is in favor of relationships after she failed a marriage life or not.

As an anchor, serving for Fox9, her supposed salary on average is $81,645 annually. She is earning quite a handsome salary and had achieved a notable worth out of her profession. Her net worth is estimated as $920,375, which is evident while glancing at her day-to-day routine. She lives with luxuries and follows trends, though she didn’t fail in helping the needy and use her money for the great cause.