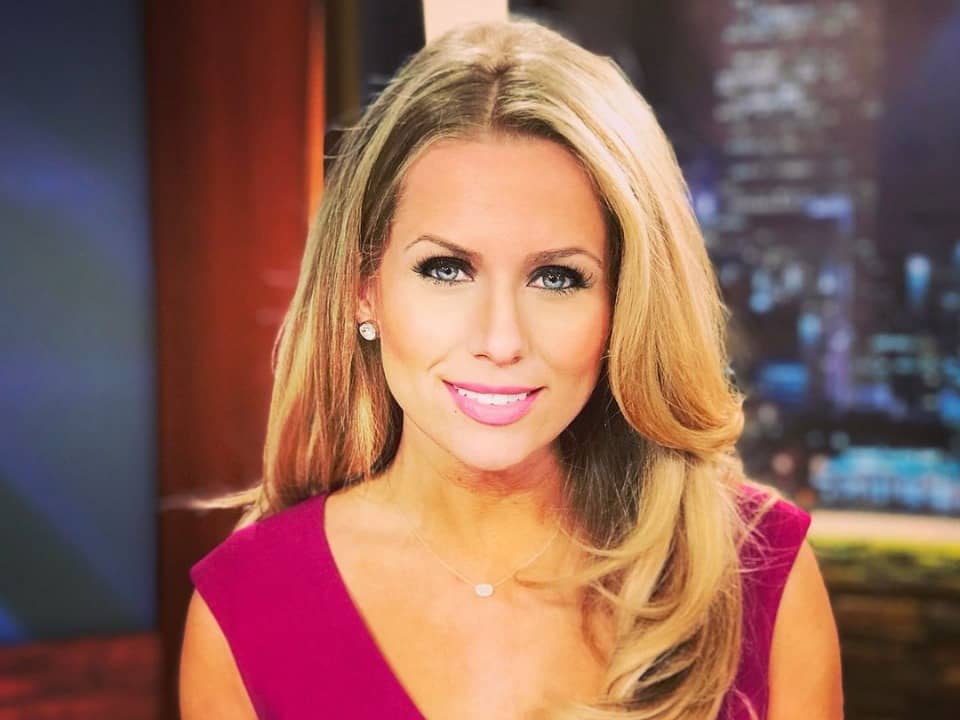 A passionate American girl, Aristea Brady turned out to be a fierce journalist and a news anchor. She efficiently works for KDVR – FOX31 Denver network, a Colorado-based Fox affiliate. Post being an evening news anchor, she served at numerous television networks. Aristea is a woman with a confident attitude, who highlights her dreams through her works. After directing that confidence towards the camera, she arose as a successful media personality and stood up to the peak. She is popularly known by her nickname ‘Colorado G.I.R.L – go-getter, innovator, risk-taker, leader’.

Brady celebrates her birthday on 25th May every year. She was born in the year 1984 in Greenwood Village, Colorado, USA. Her parents’ identity has been kept in dark. Well, somehow it is known that she grew up in a large family, who owns and operates a sheep and cattle ranch in Craig on the Western Slope. She still enjoys her summer days on the western slope with her family. She was raised in a household, where most of the people speak Greek, but Brady speaks French more fluently than Greek. Moreover, she is an avid line dancer and a huge fan of Garth Brooks and George Strait.

Corey Rose is one of her best buddies, who works at 9NEWS as an anchor and got featured for ‘Get to Know’ celebrity. Aristea was a bright student in her schooling days, where she studied in Illinois at North-western University. She enrolled in a private university for her higher education called Medill School of Journalism. It a prestigious program which gives their students a strong, adaptable understanding of Journalism which can be applied to both print and television. She received a double-major degree in broadcast journalism and legal studies, while a Bachelor’s degree in the Business minor.

Brady also had her heart in Journalism. For better understanding and to gain some experience in the field, she started with small steps. She initiated working in the stream while providing her services at WKYT, a news station affiliate with CBS in Lexington, Kentucky, before her college years. Alongside, she was also getting expertise in editing techniques, researched leads, and reported stories. After being committed to the network for few years, she joined KTVK as station morning and evening anchor, after she shifted to Salt Lake City. She also anchored in 9NEWS, which is an NBC-affiliated station in Denver, Colorado, before committing to CBS-affiliate news station WCCO, where she raised the bars and became a favorite and most liked news anchor.

Ultimately, for her better growth, she has to keep moving and exploring. So, she had to take the toughest decision of her life to leave the network and to move on. After leaving WCCO, she joined FOX31 in 2014. Since joining the network, she rose to success and became the most awaited anchor and can be seen during the weekdays, bringing news at 5 pm and 9 pm alongside Jeremy Hubbard. However, her journey with Fox31 was not forever, as she decided to leave the network to focus on her family and a new business. She made the announcement of her abandoning the network on 26th June 2021.

On the internet platform, she rose up through her talent and hard work. She attracts crazy fans via her stunning looks and lifestyle. Aristea is usually seen posting pictures of her adorable children and cozy moments with her husband. She has over 7810 followers on her Instagram @aristea.brady, while her Twitter account is always found active as she tweet and retweets about current affairs and upcoming stories on @AristeaBrady, where she enjoys 2724 followers, who respond to her tweets and supports and motivates her.

Aristea Brady stood in front of the love of her life Nathan Smith to take vows along with him. They started dating after they first met when Brady was working in Minneapolis. They dated each other for a long period and finally decided to take their relationship to the next level. After few years of their marriage, the duo was blessed with twins, a son, and a daughter in 2016. At present, the whole family is enjoying their lives, while exploring Colorado. On 23rd June 2021, she announced her pregnancy, through an Instagram post, which the couple is expecting in December.

Aristea earns a hefty amount of income from her anchoring and new reporter career. She engraves her wealth for a good cause and for her luxuries too. An average income of a Fox News reporter is supposed to be between $75,000 to $90,000 annually. As per her bank balance details, she amasses an estimated net worth of $1 million. Apart from Fox News, she has appeared for many Tv networks during her career progress, which also helps her to uplift her worth.