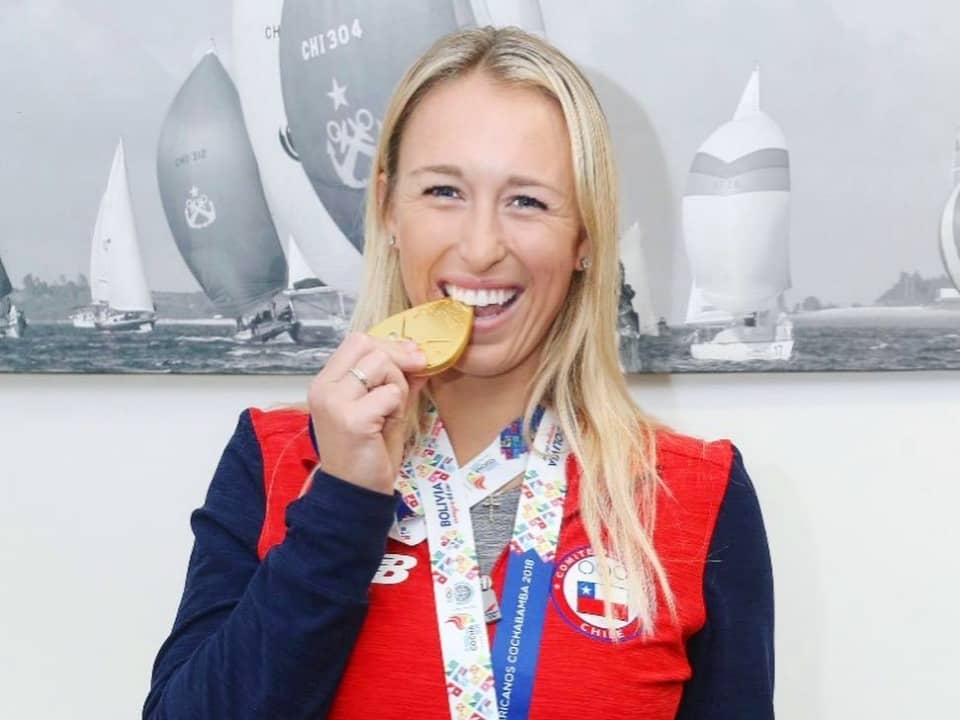 Alexa Guarachi is a Chilean-based tennis player who currently lives in America. She has achieved WTA ranking of the world number 347 on 2nd November 2015. She has made a great pairing with Desirae Krawczyk. With her, she achieved the French Open title of the year 2020 finals. Later on 15th March 2021, she achieved the world ranking of number 15 in doubles after winning the title of Dubai Championships 2021 with her partner Darija Jurak.

Alexa was born on 17th November 1990 in Estados Unidos, United States of America. Her father was named Fernando Guarachi and her mother Holley Guarachi both of whom taught tennis to her. She is not the only child of her parents. She has another two siblings named Stefan Guarachi who is a brother and has Down syndrome. He once participated in Special Olympics in 2000 while winning three gold medals for the country. Alexa Guarachi also has a sister named Carolina Guarachi. She attended South Walton High School for basic education. Later she went to the University of Alabama from the year 2010 to 2013. She graduated from the University of Alabama with a degree in Public Relations. She belongs to the ethnicity of Caucasian, i.e., white European origin.

Alexa Guarachi started playing tennis when she was merely five years old and later started playing professionally in 2000. She has won the title of US national clay championships (clay court singles) at the age of 14. After graduating from a recognized university, she finished her NCCA tournament as a semifinalist in singles and doubles. Over the past years of her career life, she has played many tournaments including singles and doubles, and gained a lot of fame for herself. Some of her tournaments included WTA as double.

She won in 2018 while being apprenticing with Desirae Krawczyk and flourished in the game while being a runner-up in 2018 and 2019 respectively. She played between 2014 to 2019 as a doubles player and reached ITF finals 28 times. Out of 28, she won the title 20 times and left of the 8 times remained as a runner-up for the main titles games. In June 2015, she began to represent Chile as her major country to play for tennis. Alexa reached into the US Open women’s doubles semifinal with Desirae Krawczyk and will face off Samantha Stosur and Zhang Shuai today.

Talking about her personal life then it’s kind of complicated because some sources stated her to be single while some stating that she is engaged. Alexa engaged with her longtime boyfriend Vince Bruner Jr. who is an attorney and a son of a former senator of Panama City. We don’t know if the couple tied the knot or they are planning to turn this relationship into a stronger bond.

As a tennis player, she has earned a huge amount from her tournaments, signing endorsements, playing exhibitions, and received bonuses for her special titled games. Her annual salary is not considered to be consistent. She receives to earn an above-average lifestyle for herself. Till now in her career life, she has earned an income of around $138,375 as prize money.