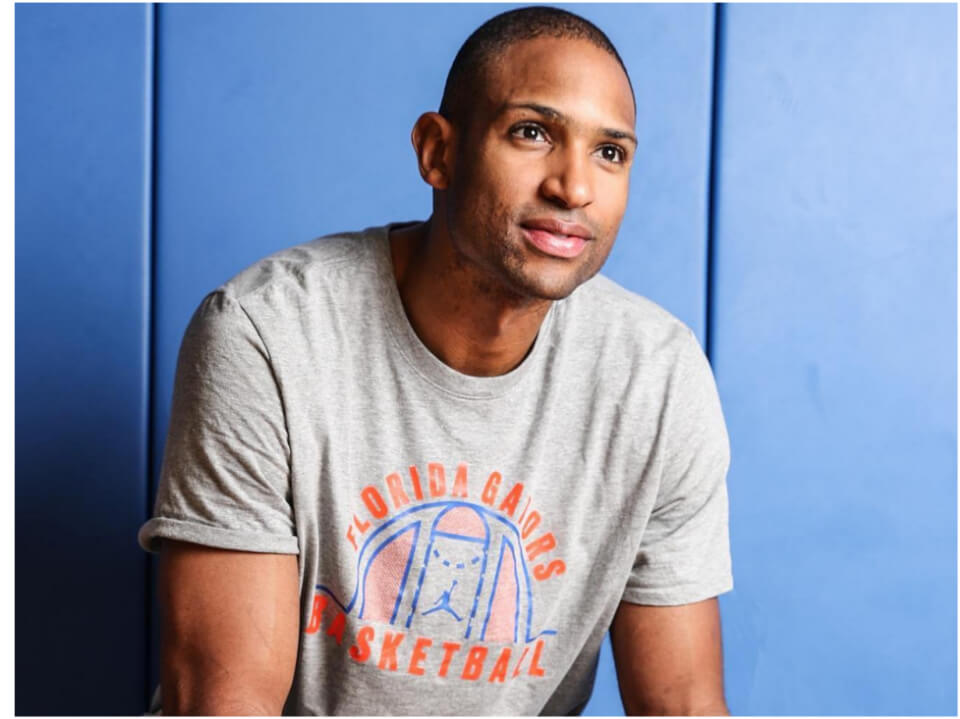 Al Horford, in full, Alfred Joel Horford Reynoso is a Dominican personality who plays basketball professionally for the Boston Celtics of the National Basketball Association (NBA). Despite his short name, he is given the nickname “Big Al”, who has achieved the honor of five-time NBA All-Star and is known to be the highest-paid Latin American basketball player. Previously, he played basketball for the Florida Gators, from where he came out with a solid basketball career and honors for the future.

Al Horford is around 36 years old because of his birth in 1986 and was brought up in Puerto Plata, Dominican Republic. His father’s name is Tito Horford, who had a three-year-long career while playing in the NBA and developed himself into a kind of basketball player who had to go across various countries. Al Horford was only 14 years old when his parents moved to Lansing, Michigan along with the whole family. There in Michigan Horford went to Grand Ledge High School and developed himself into a star on the basketball team. He went to the University of Florida from 2004 to 2007, in between which he held his academic plus the basketball records.

On 28th June 2007, the Hawks drafted him as the third overall pick in the NBA Draft 2007. On 9th July, he signed a contract for his rookie scale with the Hawks. As a rookie, he was the only player selected to the NBA All-Rookie First Team from 2007 to 2008. He held the achievement of runner-up for Rookie of the Year and was given the honor of Rookie of the Month on four occasions. He has been playing with the NBA for overall 14 full seasons and has been named to six all-star teams. Overall, he played with five different NBA teams at different times- Atlanta Hawks (2007-2016), Boston Celtics (2016-19), Philadelphia 76ers (2019-20), Oklahoma City Thunder (2020-21), Boston Celtics (2021-present).

On 8th December 2020, Horford was tarded to the Oklahoma City Thunder, where he was traded after his former college coach Billy Donovan departed. On 21st March 2021, the Thunder made the news that Horford would be made out of the team for the rest of the season as the team was prioritizing developing his young players including Moses Brown, Isaiah Roby, and Tony Bradley.

In the second week of June 2021, Horford was traded to Boston Celtics along with Moses Brown with the right of a 2023 draft pick from the Thunder in the exchange for guard Kemba Walker, who came with the 16th overall pick in the 2021 NBA draft. On 3rd March 2022, Horford helped the Boston Celtics win over the opposition- Memphis Grizzlies- where the four-star recruit made a season-high 21 points and 15 rebounds.

Al Horford married and living a happy life with his family including his wife named Amelia Vega and with no further assumptions about having a baby for now. His wife holds the title of Miss Universe 2003 and this achievement came years before Horford was selected by the NBA draft in 2007. Amelia Vega is only two years younger than her husband, who stands six feet and with a gorgeous face and overall personality. When Amelia Vega won the crown, she was the youngest personality on the stage, beating out contenders like Miss Venezuela and Miss South Africa. Amelia Vega not only beats her husband in terms of success but also in terms of meaning cash with a professional career.

She won the prize money of around $250,000, with lots of thousands and additional cash prizes from the side of the country. Despite being a professionally announced beautiful face, Miss Vega has also earned the profession of music. She released her first single titled Pasa Un Segundito in 2010, and also released Smog the following year. Al Horford and Amelia Vega exchanged the rituals of marriage on the day of 24th December in 2011 when there was suddenly no transport to carry the bride to the venue. However, the family and friends had a great contribution to helping the bride and rescuing her.

Horford signed a contract with the Boston Celtics on 8th July 2016 with a worth of $113 million. Later, he again signed another contract with the Philadelphia 76ers as an unrestricted agent for four years worth $97 million and $12 million as a bonus. Seeing the contracts he made in the past and his contractual amount, it can be said that he might now have a net worth of around $10 million.