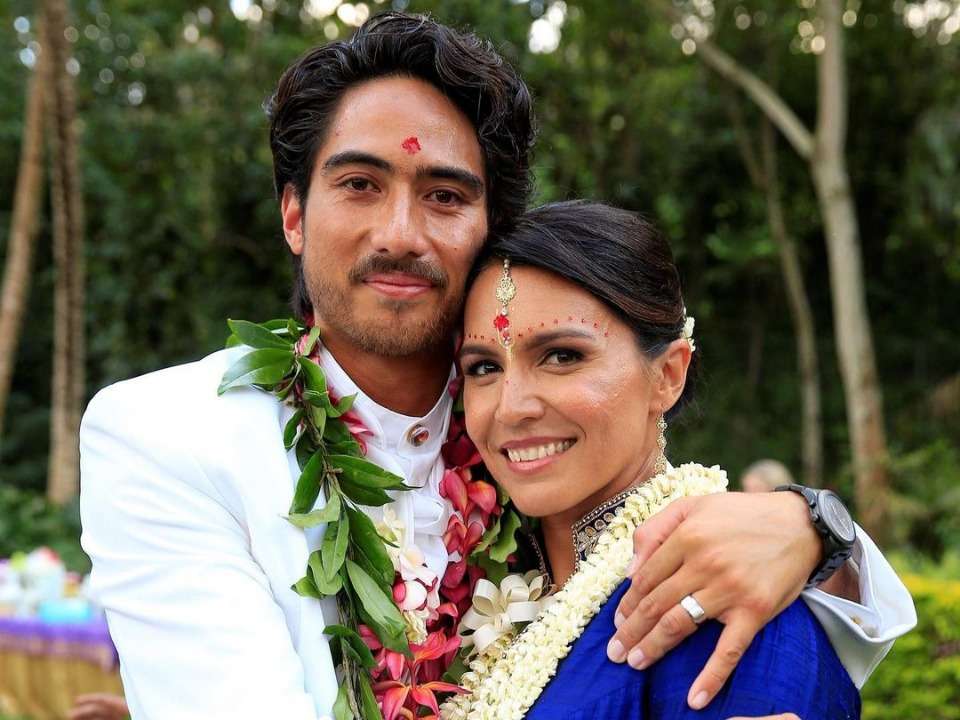 Abraham Williams is a cinematographer and camera operator famously known for being the husband of politician Tulsi Gabbard. He is often called the coolest political spouse. He is also well-known for his commendable work in various short films and at political cinematography.

Abraham was born on 23rd June 1994 in New Zealand but was raised in beautiful ocean city Hawaii by his mother. He was raised by his single mother Anya Anthony but there is not much information available about his father. His mother later married his stepfather Timothy S Anthony, a social studies teacher at Kalakaua Middle School. He is not known to have any siblings and he is currently 26 years old.

Abraham hasn’t shared much about his education and qualifications but it is believed that he completed his school education in Hawaii where he grew up. He has also studied photography and cinematography in higher education but the name of his college or university has not been revealed.

Abraham introduces himself as a cinematographer, photographer, Steadicam operator, and camera operator. He is currently based in Hawaii and also works from LA and NYC. He has a well-dedicated professional website and he is an excellent photographer who has captured eye-catching and notable images. All images taken by him are available on his social media as well as his website. He started his career in cinematography and photography. In 2012, he volunteered as a photographer at Tulsi Gabbard’s political campaign and successfully captured notable images. He has worked on various such political as well as other events as a cinematographer and photographer. Abraham also shot shorts for government officials like Neil Abercrombie, the governor of Hawaii.

He later went on to venture in direction. He has worked on various short films as a director and producer and also as a Steadicam operator. In 2012, he worked as a cinematographer for the short film “’Raphael Dumtaro: Warrior of Love”. Later in 2016, he was a crew member in short films ‘The Ace’, ‘Step Motion Step, and ‘Lark’. In 2018, he worked on two short films named “The pit where we were born´ and “Down on the sidewalk in Waikiki.” Both of which were released in 2018.

He was also a crew member as a camera operator on the sets of “Go for Broke” and as a Steadicam operator for the movie “Last taxi dance” the same year in 2018. He also has full-length films to his credit. In 2019, he was the cinematographer for the movie “The candle and the curse”. The same year he also worked on short films like “white guys: P.I” and “Knight Watch”. Recently in 2020, he worked as a cinematographer for the full-length movie “Angel by Thursday”.

Abraham is currently married to American politician Tulsi Gabbard. The couple met back in 2012 when Abraham was a volunteer at Gabbard’s political run for the house of representatives. He was a photographer at the event and took notable images for her campaign. They again met after a year at a friend’s birthday party where they interacted on a personal level and became friends.

They stayed friends for a while and then began dating and both shared similar interests in water sports and bonded while hiking, playing volleyball, and surfing. Later Abraham proposed to Tulsi at one of their surfing dates during sunset. They got married in a Hindu-Vedic ceremony on 9th April 2015 in Kahaluʻu. Abraham is Tulsi’s second husband after she got divorced from Eduardo Tamayo in 2006. Currently, the couple is settled in Hawaii.

Abraham has had a successful career as a cinematographer and photographer. He has been part of various notable projects and films etc. through his profession, he has built himself a comfortable lifestyle. He sources his income mainly from cinematography for which he approximately charges around $115k to $120k per project. His current net worth is estimated to be around $500,000.