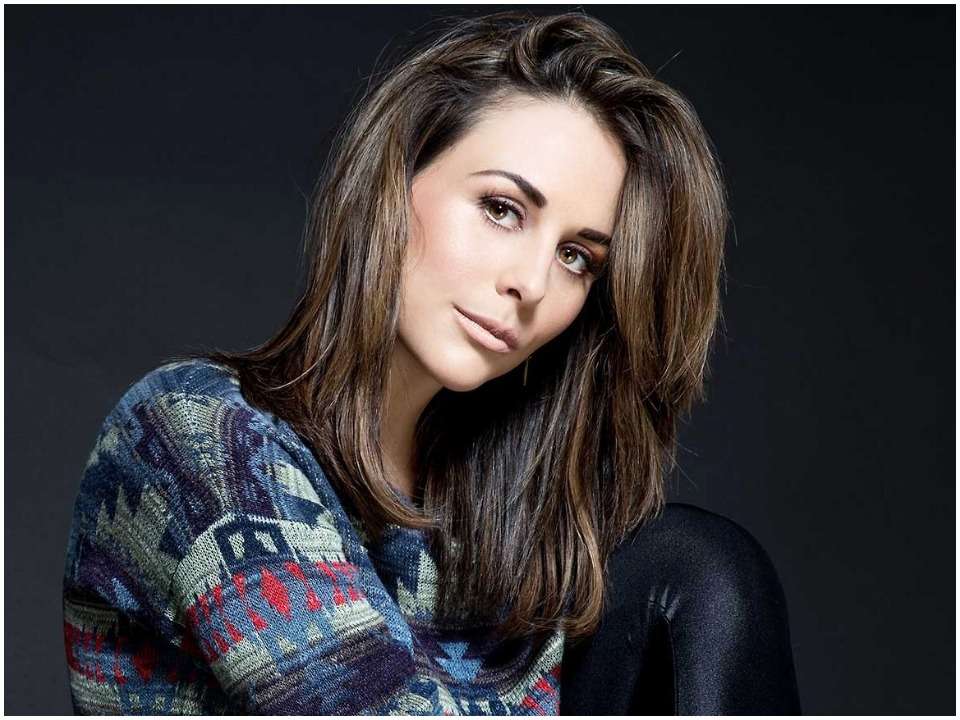 Zuria Valeria Vega Sisto is one of the most famous Mexican Actress and singer. She is well known in the entertainment industry for several roles she played throughout the years and for her talent and humbleness.

Zuria was born on 10th January 1989 in Mexico City, Mexico. She grew up in the city with her parents Gonzoalo Vega and Leonora Sisto and her celebrity sibling Gonzalo Vega Jr and Marimar Vega. Zuria Vega also has a half-sister named Gabriela Vega Tovar. She belongs to mixed ethnicity as her father is Mexican and her mother is Spanish.

There is not much known about Zuria’s education but she is believed to be a high school graduate from a local school in Mexico City. However, there is not information about her qualifications or if she has attended any college for further studies.

Zuria’s indulged in acting after she performed the role of an extra in her Father’s play La Senora Presidente. She began her career as an actress in the year 2007 when she debut in the Television show SOS Sexo y otros secretos in the recurring role of Roberta. Zuria played the role for a complete season after which she was cast in Alma De Hierro.

She got her first-ever main and lead role in the show Mar De Amor in 2009 as Estrella Marina Briceno. The role gave her a lot of recognition and popularity after which she appeared in several shows like Mujeres Asesinas, El Equipo, etc. She appeared in another show named Cloroformo in 2012 in the main role of Valerie and the same year, she also appeared in Un Refugio Para el amor as Luciana Jacinto. Meanwhile, in 2010, she also started appearing in films like Sin Ella as Gaby, No sé si cortarme las venas o dejármelas largas, Más negro que la noche, Inquillimos, etc.

In 2013, she secured the role of Maria uadalupe in the comedy series  Que Pobres tan ricos and appeared in the main role and the following year, she appeared in Que Te Perdone Dios. Her other works over the years include Simplemente Maria in 2016, Las 14 Esposas de Wilson Fernandez in 2017, Mi Marido Tiene Famila in 2017 and Mi Prosito eres tu in 2018.

Recently in 2020, she appeared in a film named Y Como es el in the role of Maria, and currently, in 2021, she is set to appear in the role of Juana Manuela in the Netflix Original tv show The Five Juanas also known globally as Revenge of the Juanas.

Zuria is currently married to her husband Alberto Guerra, a popular Cuban Actor. The two have been married since 2014 and are happily married with two children, Lua, and Luka Guerra Vega. They initially started dating in 2013 and after a year of dating, they finally got married in 2014 in San Fransisco. Their daughter was born in 2017 followed by their son Luka in 2019.

Zuria currently has a huge following of 4million on her Instagram account while on her Twitter handle she currently has 1.1 million followers. She also has a Facebook page where she has a reach to over a 2.2million people.

Zuria Vega is one of the most famous and popular actresses in Mexican cinema and has worked in the profession for several years now. She has built herself and her family a lavish lifestyle and her estimated net worth as of 2021 is around $2million but the exact information has not been made available.