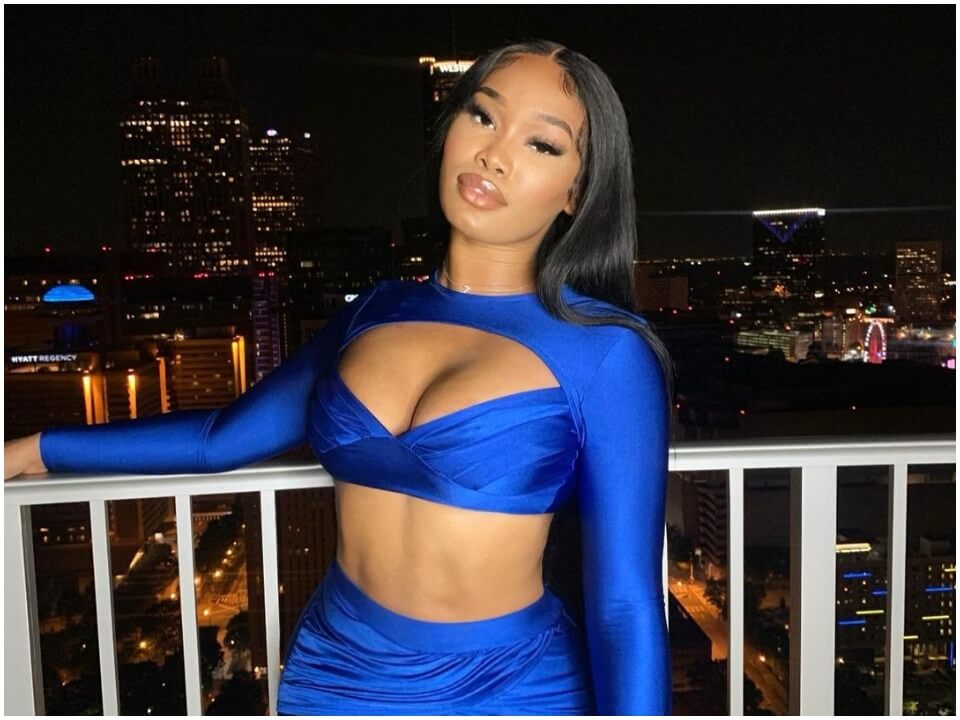 Zelie Timothy is an American social media personality, beauty, fashion, and lifestyle influencer and a businesswoman famously known as the girlfriend of American singer and actor Tyrese Gibson. She has a huge presence all over social media platforms and is a successful entrepreneur of her company “The Lash Mansion”.

Zelie was born on 29th July 1995 in the La Domenica, Hato Mayor, Dominican Republic. She was born in a Dominican family but there is not much information about her parents. Zelie is of black ethnicity, Latina, and follows Christianity. She was raised in Jacksonville, Florida for a few years, and later in 2019, her family moved to Atlanta, Georgia. Zelie has not shared much about her educational background but it is believed that she completed her high school studies and graduated from a local school in Jacksonville in Florida. She is not known to have attended any college or university or to have pursued any higher studies but it is believed that she has taken training in make-up and styling. There is no information about any courses or qualifications she might have taken.

Zelie is a well-known social media influencer who has a huge following on platforms like Instagram. She posts about beauty, fashion, lifestyle, body image, and confidence. She also has a OnlyFans page where her fans can subscribe and be part of her community and have access to exclusive content which is unique for only subscribers. Timothy has gained huge popularity and thus is often approached by brand sand companies for endorsements, sponsorships, and collaborations. She has been an ambassador for brands like Boom Bod and for apps like Flat Tummy. She often endorses brands like Grey roses by Ash Ave, lashes by Lalaa, etc.

Zelie is not only on Instagram but also has a YouTube channel where she regularly posts videos about fashion and outfits, beauty, make-up, and hairstyles and also uploads vlogs of her experiences. She also recently appeared in a photoshoot for Le’ Crème. Zelie is also a smart businesswoman and entrepreneur. She recently opened her company “The Lash Mansion” in 2020 where she sells different sizes and styles of Fake lashes. She uploaded a video explaining her business on her Youtube channel as well. Although the company is not known to be active currently.

Zelie is currently in a relationship with singer and actor Tyrese Gibson. The couple has been very public and open about their relationship over the media and social media. Zelia became Tyrese’s girlfriend after he recently divorced his second wife Samantha Lee Gibson in December 2020. He is still in a friendly relationship with both his ex-wives Samantha and Norma. The couple often post pictures and videos together and recently they started trending all over social media when Zelia shared a video of Tyrese helping her in shaving. The two have not shared exactly when they started dating and how they met.

Zelie has been a social media influencer for years now and has earned a lot of popularity and following through her OnlyFans pages where the subscription is around $29 per month.  She has been highly active in beauty and fashion, on her Youtube channel and has endorsed various brands and companies. Zelie has also been an ambassador and face for various brands over the years. She has also earned through acting and hosting gigs. Recently she even started her own business of fake lashes but her major income sources through her career as an influencer and through Youtube. Her net worth as of 2021 is estimated at around $800,000.