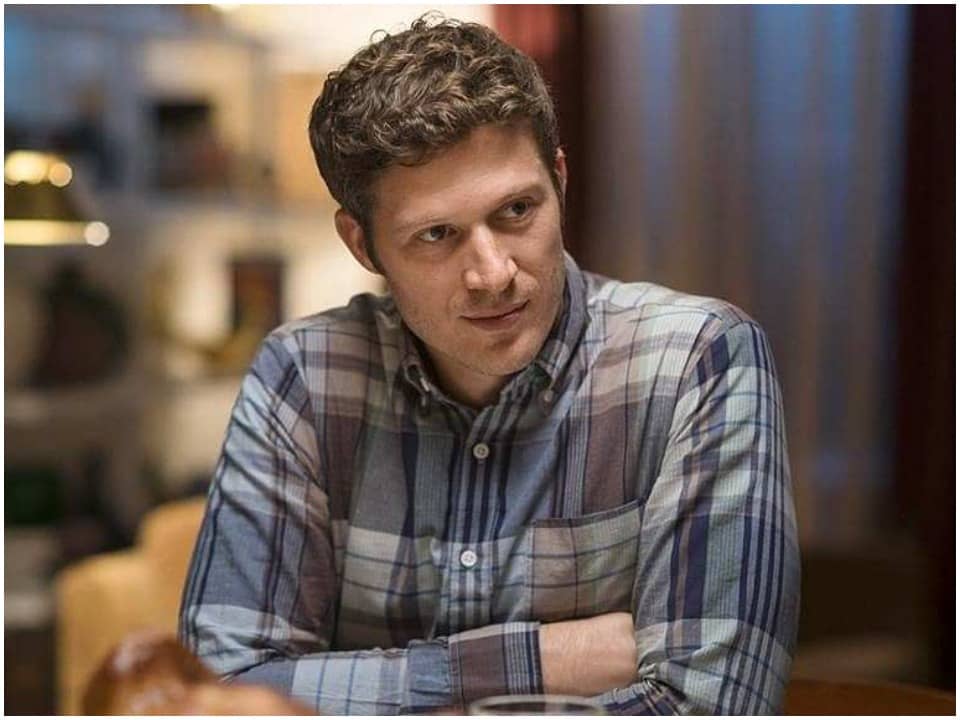 Zach Gilford is a promising American actor who is on the path to a flourishing acting career. Zach is best known for his role as Matt Saracen in a drama series named “Friday Night Lights” and recently landed a breakout role in the Netflix horror series named “Midnight Mass”.

Zach Gilford was born on 14th January 1982 to his parents named Anne and Steve Gilford and brought up in Evanston, Illinois. His mother belongs of Swedish descent and his father belongs of Russian Jewish descent. From this point, Zach possesses a mix of Swedish and Russian Jewish descent. He went to Evanston Township High School and Northwestern University from where he completed his high school and attained a graduate degree. He also worked as a trip leader for Adventures Cross-Country and maintained wilderness and adventure trips for teenagers. Before working as an actor, Gilford used to work as a staff member for the YMCA camp.

Zach Gilford started his acting career with an episode of Law & Order: Special Victims Unit. In 2006, Gilford got the regular acting role in the drama series named “Friday Night Lights” where he played the role of Matt Saracen and that to be as the main role which he reprised from season 1 to season 3. Although he was given a recurring role in Season 4 and Season 5. In the same year, he also debuted with his featured film that was further named “The Last Winter” which was released in 2006.

He had a cameo in the film Rise: Blood Hunter and also appeared as the guest in the episode of Grey’s Anatomy. In 2009, he co-worked in a romantic comedy film that was named “Post Grad” with Alexis Bledel. He also worked in the drama series that was later named “Dare” where he was cast opposite Emmy Rossum. In 2010, he got the role of Gus in the indie drama film that was named “The River Why” where he cast the role alongside Amber Heard. Zach had the cameo role in the movie Super.

In 2010, he joined his hands with the cast of ABC’s medical drama “Off The Map” which was further premiered in 2011 (January) but was later canceled after 13 episodes. In 2011, he appeared in the music video that belonged to Taylor Swift and was named “Ours” in which he played a loving boy. He also acted in the film named “Answers to Nothing” in which he played the role of Evan. In 2012, he has cast the role of Seth in the drama film named “In Our Nature” where he was given the role alongside Jena Malone.

The same year, he got another opportunity to cast his role in the drama film named “The Mob Doctor” which was published on Fox and was opposite to Jordana Spiro but again it was canceled after the 13th episode. Later in January 2013, he was cast with the role of Arnold Schwarzenegger in the film “The Last Stand” after which he played the role of Matthew Iris in the film that was called “Crazy Kind of Love”. He co-worked with Allison Miller in the horror series that was named “Devil’s Due” which was released in 2014.

Zach also co-worked in the film called sequel The Purge: Anarchy which was also released in the same year. He had a guest appearance in the shows including Drunk History, Kingdom and Time, and Eric’s Bedtime Stories. In 2016, he was starred in ABC’s drama series named “The Family” after which he was starred as Conner Hooks in the YouTube Red web series named Lifeline. Zach has portrayed a recurring role in NBC’s web series named Good Girls since 2018. His recent role was enacted in 2019 where he played the role of Ben Walker in the series named Bad Boys spinoff drama L.A.’s Finest.

Gilford started dating the actress named Kiele Sanchez in the spring of 2010. He met the love of his life on the set of television while working for The Matadors. The couple started dating each other and shortly after they got engaged in 2011 (November). The pair then got married on 29th December 2012. The couple was also cast together in the film The Purge: Anarchy. In August 2015, the couple announced that Sanchez had suffered a miscarriage due to which they could not have any child. Later, they announced that they have become parents and have got a daughter as their first child through surrogacy in November 2017.

Zach Gilford has been playing so many recurring but important roles in some of the country’s popular shows. During these 15 years of his acting career, he accumulated a net worth of around $6 million as of 2021.