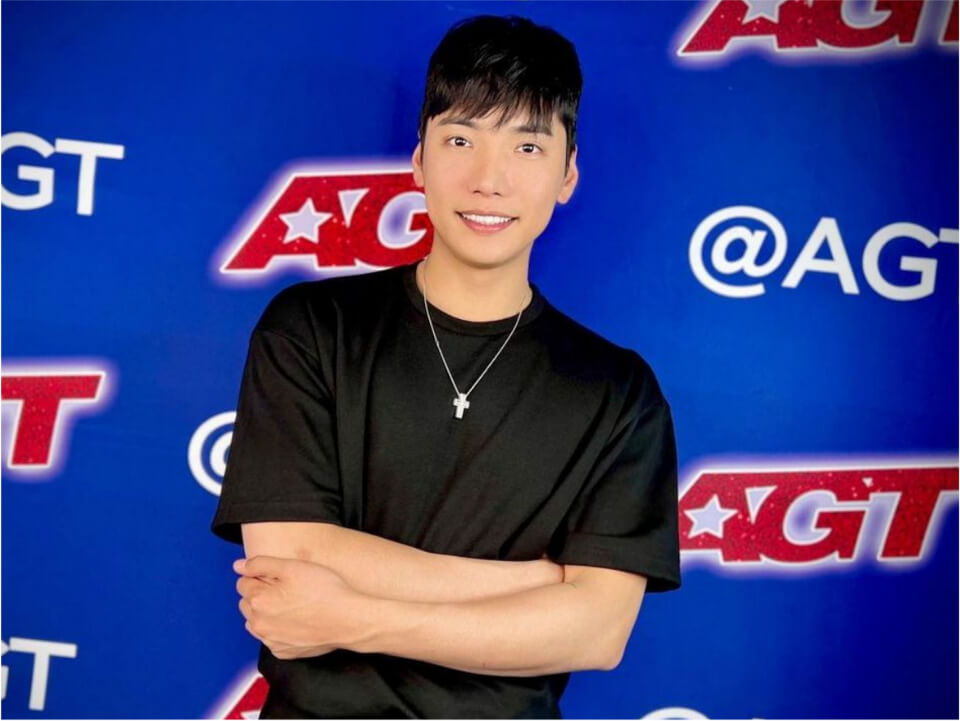 Magician Yu Hojin is an artist from Seoul, South Korea, popularly called the “future of magic”. He is the first Asian Performer who won the “Grand Prix Award at the FISM World Championships of Magic” in 2012. He also owned the title of the youngest person to win the Magician of the Year Award from the Academy of Magical Arts at the Magic Castle in Hollywood.

Yu Hojin was born on 25th December 1992, making him 29 years old as of 2022. He is from Seoul, Korea, and may be raised there (not confirmed). He went to Dong-Pusan college, South Korea, and received his bachelor’s degree. In 2022, he moved to New York to pursue a career as a magician. Yu Hojin shared on the AGT stage that – he started practicing magic tricks when he was eight years old although his father was not supportive in the beginning. He said,

“I was doing magic secretly in my bathroom. So my daddy, after five years found out about my passion for magic and he asked me ‘hey if I accept your magic, can you be the best?’ And I said ‘Yeah.'”

Yu Hojin started practicing his artistic career as a magician when he was eight years old. He appeared on several magic shows during his lifetime including Britain’s Got Talent, World’s Best Magic, Champions of Magic, Masters of Illusion, The Late Show with David Letterman, and The Late Show with Stephen Colbert. He was part of the legendary touring magic production team called “The Illusionists”. Since 2013, he has been working with a crew that features a rotating cast of 5-8 members. All of the crew members specialize in specific branches of magic, including stage illusions, mind reading, escapism, and comedic magic. In 2019, he wrote on Facebook that he made a decision to do solo things in the field but he also promised that he would come back.

He was one of the first magicians to perform in the concert hall at the historic “Sydney Opera House” and made history as the first Asian magician to perform on Broadway. The star held his show called Masulsa at the Busan Film Sky Hall Theater from 29th November to 8th December 2019. He shared on the AGT stage that he worked on military duty for two years. Later, he ended his military job on 27 November 2021. He took a one-year gap and concluded that he wanted to participate in his all-time favorite show AGT.

Magician Yu Hojin auditioned for America’s Got Talent (AGT) Season 17 and gave his on-air audition in the episode of season 17 on Tuesday, July 19, 2022. He received a standing ovation from the AGT show judges after he showcased his skills and made feathers appear out of thin air. However, viewers will have to tune in to find out if he receives approval from at least three of them to potentially move forward to the next round (scheduled for 13 September 2022). He has earned several awards and honorable prizes for himself. He had previously auditioned America’s Got Talent (AGT) Season 11 competition in 2016 as a guest performer and missed the mark in the finals from judges Simon Cowell, Heidi Klum, Howie Mandel, and Sofia Vergara.

He is not married or dating anyone. He has kept the public in the dark about anything about his love- relationships. We will update this information.

Magician Yu Hojin has not publicly shared any information on his net worth. According to sources, it is safe to say that he has earned most of his income from his profession in the military and his second career as a magician. Due to experience and hard work, he participated in various live shows in his life. As of 2022, we assumed that AGT Magician He has an estimated net worth of around $1 to $2 million.