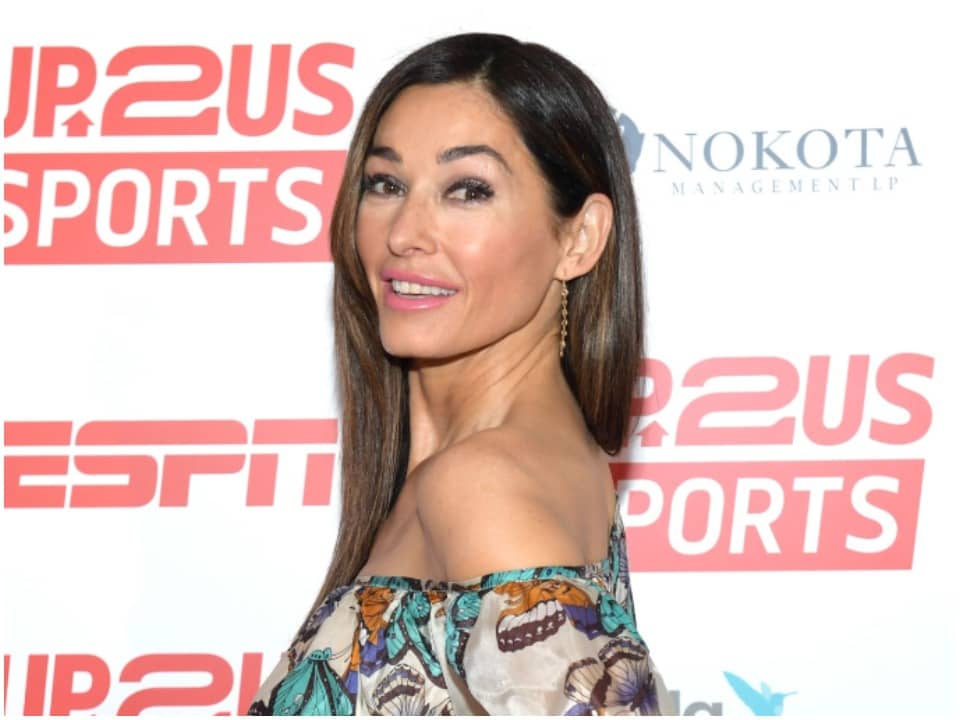 Dara Tomanovich is a Canadian actress and model. She is well-known for her appearance in “Being Flynn” and “Family Affair”. A talented entrepreneur with a keen interest in design also works as the CEO of Innovative Projects.

Dara Tomanovich was born in 1969 in Toronto. She used to live in Paris while working as a model. She lived in Paris for almost five years. Soon after her modeling career in Paris, she moved to New York and went to “The William Esper Studio” in Manhattan where she studied acting. There she learned about Meisner Technique – the technique that is based on personal interaction.

Earlier to this, she used to work as a lead model for the fashion house when she was approached by German fashion. She used to be a talented person and her talent was recognized when she was merely 18 years old. Later, she became the face of Chloe. She also managed to book a campaign with the cosmetic brand L’Oreal where she got the opportunity to work with photographer Patrick Demarchelier. According to her Instagram account, she is still into modeling work for B & M model agency.

Dara is active only on her Instagram profile. She used to upload pictures of herself and a few of her family members on her Instagram profile. As per her bio, she is an artist and works as a premium model in Paris. She is well-obsessed with dogs and has adorable dogs with her. Traveling, hanging out with family and friends, and taking pictures are some of her best hobbies. Furthermore, she used to upload pictures of animals like monkeys, dogs, lizards, horses, goats, and many more.

Her relationship with her beloved mother

She has always remained private about exposing her personal or family details. Once she posted a picture of her and her mother on the occasion of mother’s day. On 11th May 2020, she wished her mother “Happy Mother’s Day” and wrote, “Happy mother’s Day to my amazing mom…..imagine the career I could had??” Dara Tomanovich lost her father 25 years ago she shared a picture of her father on Instagram and wrote the caption, “5 years ago…my most beloved father passed away…”

Dara and Bill Hemmer got involved with each other and started dating in 2005. Bill Hemmer used to work with Fox News at that time. They were very much involved in love for each other and often used to go on a date at the top of the Empire State Building. They used to accompany each other all the time as far as their social media profiles are considered. The couple dated for almost eight years, but unfortunately, in 2013 they parted their ways. Soon after the break-up, Dara was seen with Britain’s Prince Andrew While the agency Spokesman refused to comment on their relationship. On the other hand, after divorce from his wife Sarah, Andrew invited several guests to his race meeting during the week and Dara was one of those invited persons.

Dara Tomanovich has worked for brands like ponds, Arpels, Pentene, Olay, Van Cleef, and many more. She also appeared on the cover page of the French edition of Marie Claire and in the British edition of Vogue (in an advertisement). As far as her marriage life is concerned, Dara doesn’t seem to have any husband; however, she was once in a relationship with Bill Hemmer and Britain’s Prince Andrew.

Her Instagram profile says that she is in a relationship with Mauricio Rivera Kirschner who seems to be the owner of a design and architecture firm (as per her Instagram Profile). In July 2019, the pair shared a picture of them while Mauricio was kissing Dara on her cheek. Mauricio posted the picture with the caption, “With my Love” while Dara shared the same picture with the caption, “Who Kisses Who First”. The pictures from both sides created speculation in the mind of fans.

Dara Tomanovich is estimated to have a net worth of $10 million (according to Celebrity Net Worth). She used to run a great modeling career that further makes her get a good amount for herself. She has worked for Bio-Dome, Prefect Target, Secret Agent Man, Being Flynn, Bar Hopping, Back in Business, and many more.

In 2014, after the breakup with Bill, she was arrested while driving being intoxicated in New York. Because of being intoxicated, she crashed her Porsche and when police came for an investigation she stumbled around. She crashed her Porsche in the West Village and was sentenced to the fine of $750 along with three days of community service and the suspension of her license for at least one year. As per the reports from police officials, she was even unable to stand on her feet when she was caught.