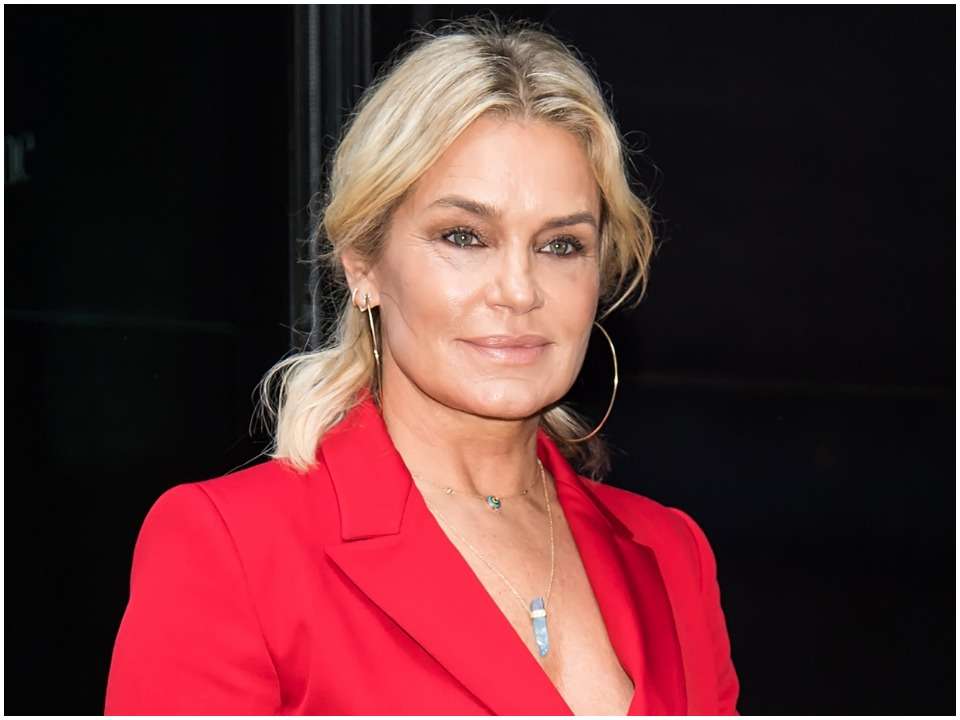 Yolanda Hadid is a Dutch-American model and reality show personality famously known as the mother of supermodels Gigi, Bella, and Anwar Hadid. She is a former model herself and is best known for her work in the show Real Housewives of Beverly Hills.

Yolanda was born on 11th January 1964 (age 57) in Papendrecht, Netherlands, and is the daughter of late Ans Van Den Herik. Her father passed away when she was seven and she was raised by her single mother. She grew up with her brother Leo Van den Herik and follows Christianity. Yolanda is believed to have completed her high school education from South Holland but has not shared details about her school. She has also not shared if she attended any college for her higher education.

Yolanda started her career as a model when she signed a contract with Ford Models after she was discovered in Frans Molenaar’s show by Eileen Ford. She soon started modeling professionally and also traveled to Paris, Milan, Sydney, and other major fashion cities. Yolanda continued her career as a model in various countries and cities for almost 15 years after which she got married to Mohammed Hadid. She then left her career as a model and instead started appearing on the reality television show The real housewives of Beverly Hills after she got married to David Foster. She and her family received immense popularity from the show which also helped her children to further their careers.

Yolanda also appeared in movies and tv shows for brief roles like in 1st &Ten as Betty Ann in 1991 and later in Vander pump Rules in 2013 and Project Runway in 2017. She also appeared in the music video of Lady Gaga’s song G.U.Y n 2014 as part of The Real Housewives of Beverly Hills cast. In 2017, she released her memoir titled Believe Me; My Battle with the Invisible Disability of Lyme Disease where she documented her experience with Lyme disease which was diagnosed in 2012. She also started her own reality show in the year 2018 titled Making a Model with Yolanda Hadid on the channel Lifetime.

Yolanda currently enjoys a huge following overall on her social media platforms. On her Instagram account, she currently has 3.7m followers while on her Twitter account, she has 677.5k followers. She also has a Facebook page where she has a reach to over 883k people.

Yolanda is currently in a relationship with Joseph Jingoli, the CEO of a construction company named Jingoli. She revealed about her relationship in the year 2020 and is in a happy relationship with her partner. Yolanda was first married to Mohamed Hadid, a real estate developer in the year 1994. She also has three children with Mohamed named Gigi, Bella, and Anwar Hadid who are all currently famous models. Her husband follows the Islam religion and thus all her children also took after his religion. However, she got separated from Hadid in the year 2000. She later got married to David Foster in 2011 but got separated in 2017.

Yolanda was recently a part of huge controversy and a lot of media attention after she accused Zayn Malik of physically abusing her. Zayn Malik is the husband of her daughter Gigi Hadid and also the father to their daughter. However, he did not have great relations with the Hadid family. He has publically denied all allegations of physically hitting Yolanda. Zayn has also claimed that Yolanda was putting their private family matter openly in the public and he wishes that personal clashes be resolved in private.

After the accusation, Zayn was charged with 4 counts of criminal harassment charges against both Yolanda and Gigi Hadid. He had got into an altercation with Yolanda on 29th September in his apartment after which he shoved her into a closet. He was also charged with harassing Gigi Hadid as he called her while she was in Paris Fashion week while he was arguing with Yolanda.

Yolanda is known to lead a lavish and luxurious life and has earned a lot through her career in modeling and later through several television shows. Her net worth as of 2021 is estimated to be around $50million.