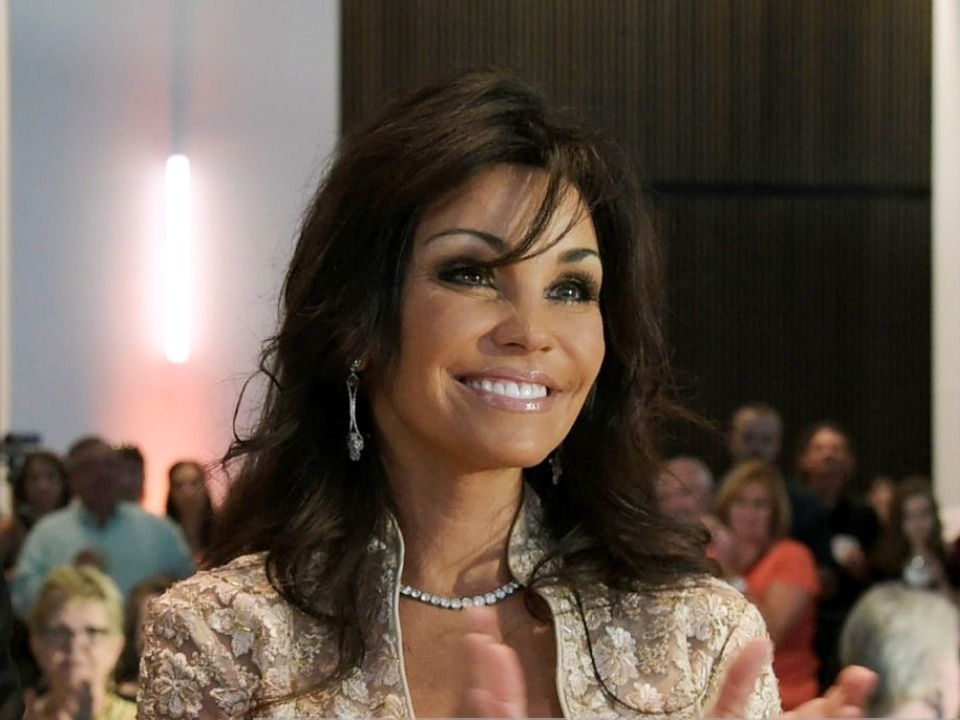 Wanda Miller has managed to capture her popularity for being the celebrity wife of a legendary late country music singer named Kenny Rogers. Despite having an age gap of 28 years they still spent their loving and happy family life. She has attended the University of Georgia and now probably enjoying the legacy and fortune which her husband left behind.

Wanda was born in 1967 and has not shared her exact birth date. The names of her parents are Charles Miller and Teena Miller. She also has a sister named Tonia. Her ethnicity is white. She is currently residing in Los Angeles, California. Wanda went to Lowndes High School located in Lowndes County, Georgia. She completed her high school education from there and then joined the University of Georgia for her higher and further studies. In one of the interviews, she mentioned that she attended her school’s 30th reunion.

Wanda has not shared much about her career with the media yet. As the exact details are not shared she sure has worked in multiple odd jobs. She used to work at Pricci Restaurant in Atlanta, Georgia as a Hostess. However, her husband was a popular country music singer known for his raspy voice and multiple hits like Lady, The Gambler, Lucille, and Through the Years.

She used to attend World tours with her husband and supported him. But after giving birth to her twins she spent most of her time with her children. In 2017 her husband retired from his singing career in order to spend some quality time with his family.

The duo first met at the hotel incident. She was working at the same hotel where Kenny Rogers was attending a blind date and l left his contact number for her. Soon they started dating and got married on 1st June 1997 at his ranch near Athens, Georgia. On 6th July 2004, they were blessed with twins named Justin and Jordan. Her husband has had 4 marriages previously. The names of his ex-wives are Janice Gordon, Jean Rogers, Margo Anderson, and Marianne Gordon. He also has three children from his previous marriage named Christopher Cody Rogers, Carole Rogers, and Kenny Rogers Jr.

Wanda has earned a lot by gaining huge media attention and also used to previously work at a Restaurant. The details about her net worth have not been shared with the media yet. She also earns by attending various events and brand endorsements with her husband. Her late husband had an estimated net worth of $250 million.