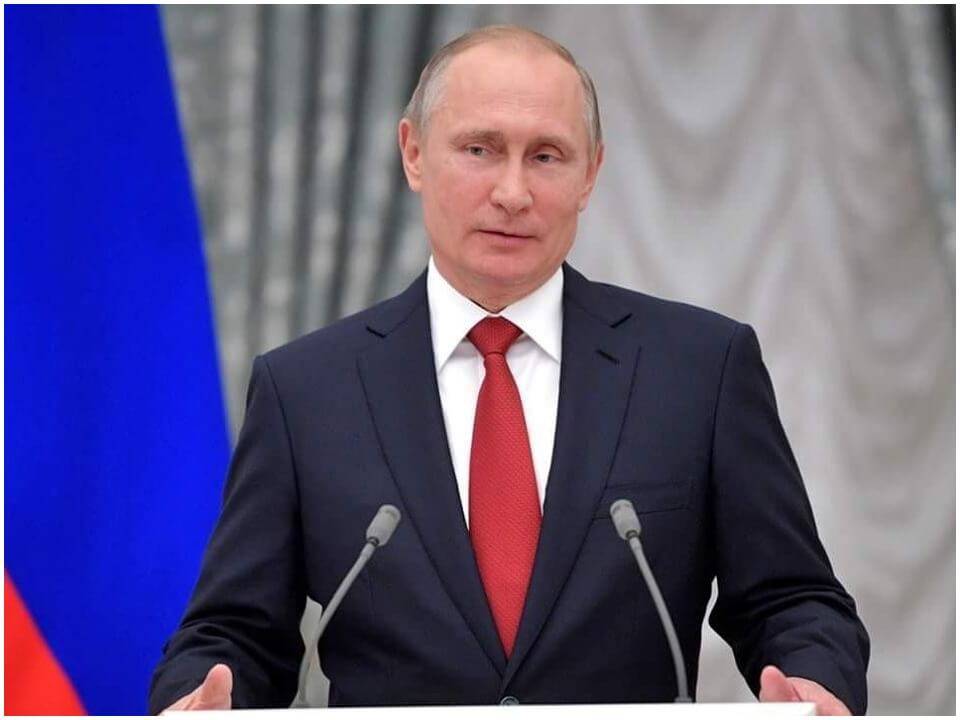 Vladimir Putin is famously known as the current President of Russia and former intelligence officer. He is the second-longest current serving European president after Alexander Lukashenko. Along with that he has previously served as Director of Federal Security Service, Secretary of Security Council, and Prime Minister of Russia. He also served in Warlike Second Chechen War, Syrian Civil War, Russo- Georgian War, and Russo-Ukrainian War in his Military Service period. Currently, he is under the limelight due to his orders in the ongoing Russia- Ukraine war over NATO discussions.

Putin was born on 7th October 1952 in Saint Petersburg, Russia. The names of his parents are Vladimir Spiridonovich Putin and Maria Ivanovna Shelomova. His mother was a devoted Christian and attended the Russian Orthodox Church while his father was an atheist. He has siblings Albert Putin and Viktor Putin who are no more.  Albert died during infancy while Viktor died due to diphtheria during the siege of Leningrad by Nazis in World War II. Putin started his schooling at School No. 193 at Baskov Lane near his home. He studied German at Saint Petersburg High School 281 and at the age of 12 he learned Sambo and Judo. In 1970 he studied law at the Leningrad State University. He also attended the Academy of Foreign Intelligence and Saint Petersburg Mining University.

While he was studying he met Anatoly Sobchak an assistant professor who taught business law and later became the co-author of the Russian constitution and corruption schemes persecuted in France. He was an influence in Putin’s career in Moscow. After training at KGB he was transferred to the first chief directorate and worked for 16 years. In May 1990 he was appointed as an advisor on international affairs to Mayor of Leningrad Anatoly Sobchak. Next year he became the head of the Committee for external relations of the Mayor’s Office. From 1994-to 1996 he looked after many political and governmental positions in Saints Petersburg and became the leader of Our Home- Russia political party.

From 1996 to 2004 he served his political career and led many elections campaigns. In 1999 he became the acting President of the Russian Federation. In June 200 Yeltsin’s resignation resulted in the presidential election being held within three months and he won the first round with 53% vote on 26th March 2000. On 7th May 2000, his inauguration of President happened and later in August, he was criticized for mishandling the Kursk Submarine disaster. From 2004 to 2008 he was elected to the presidency for a second term with a 71% vote. He focused more on the safety net because of the incident at Beslan School Hostage. On 12th September 2007, he dissolved the government due to the request of Prime Minister Mikhail Fradkov.

On 8th May 2008, he was appointed as Prime Minister of Russia and maintained his political dominance. Between the period of 2005 and 2012, he organized a number of paramilitary groups loyal to himself and to the United Russia Party. From 2012-2018 United Russia Party Congress, Medvedev recommend Putin as a presidential candidate. On 4th March 2012, he won the 2012 Russian Presidential election with a 63.6% vote.

In 2012-2013 he backed stricter legislation against the LGBT Community and attended a televised rally of All Russia People’s Front. As a president, he faced conflict with Ukraine, Intervene in Syria’s civil war, and in the 2016 US Election. In 2018 he won more than 76% votes in the 2018 Presidential election. He also took part in the opening of the movement along the highway section of the Crimean Bridge.

In 2020 he was confirmed by State Duma to post and appoint Prime Minster which was the first time ever that a PM was confirmed without any votes against. During the Covid pandemic, he arranged Russian Army to send military medics, special disinfection vehicles, and other medical equipment to Italy which was the worst hit by the pandemic. In June 2021 he was fully vaccinated against the disease with Sputnik V Vaccine.

In September Russian- Ukraine Crisis took place where the Kremlin warned NATO expanding military infrastructure in Ukraine would cross red lines. The expansion would be capable to deploy long-range missiles and can strike Russian Cities or missile defense systems. He approached the US for a legal guarantee that NATO will not expand or put weapons system that will threaten the Russian territory. But the US and NATO rejected his demands. In 2022 there were rumors about Russia-Ukraine War. On 23rd February 2022, they invaded Ukraine and reported attacks in Capital Kyiv.

On 28th July he married Lyudmila Shkrebneva.  They have two daughters named Mariya Putina and Yekaterina Putin and live together in East Germany. In April 2008 Moskovsky Korrespondent reported that he has divorced Lyudmila and was engaged to Alina Kabaeva. Alina was an Olympic gold medalist, former rhythmic gymnast, and Russian Politician. The rumors were shut down and the newspaper company also shut down shortly.  He continued appearing in a public place with Lyudmila.

On 6th June 2013, he announced a divorce from Lyudmila, and on 1st April 2014, it was finalized. In 2015 Alina gave birth to a daughter and he was alleged to be the father. Alina gave birth to twin sons in 2019. In an investigation by Proekt Media in November 2020, he has another daughter born in March 2003 named Elizaveta with Svetlana Krivonogikh.

Vladimir Putin has earned a lot mainly from his political career. His salary has been estimated at around $187K per year. He earns from political campaigns, offshore trade, and various interviews. According to sources his net worth has been estimated at around $70 Billion. Garry Kasparov a former world chess champion mentioned that he controls enough money probably more than any other individual in the history of the human race.