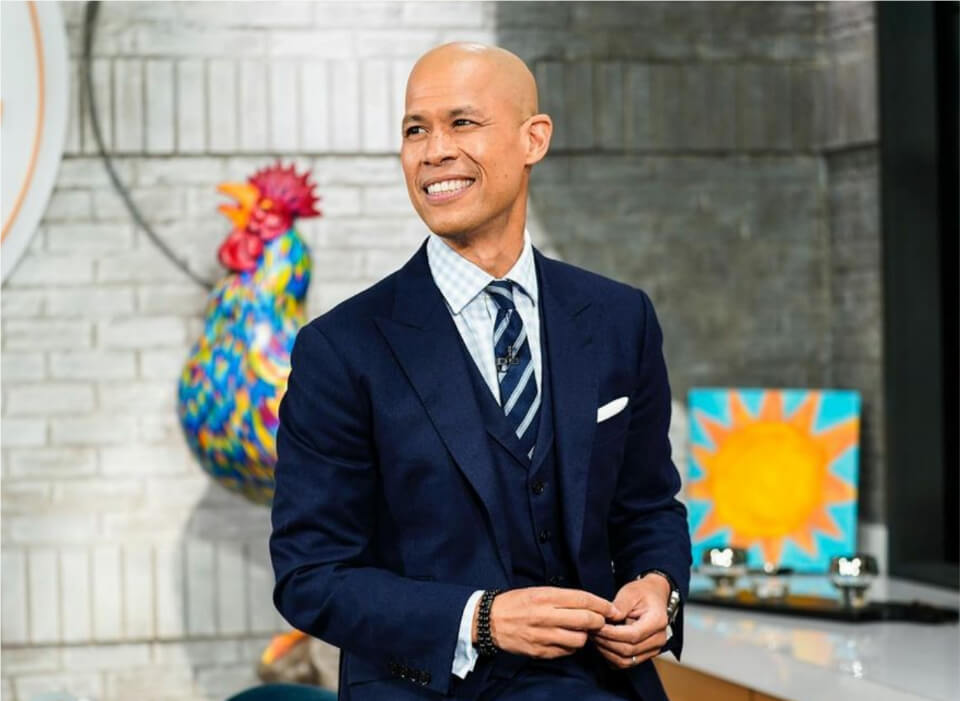 Vladimir Duthiers is an American personality and is famously known as a journalist, who is working as a correspondent for CBS News since 2014 after having his 5 years job with the channel CNN. While he was a member of CNN, he won two Emmy Awards because of his unique coverage of the ongoing topic of the 2010 Haiti earthquake. He also won a Peabody Award for his other news coverage over the kidnapping of the school girl by Boko Haram.

Vladimir Duthiers is around 52 years old because of his birth on 21st December 1969. He was brought up in New York and was born to Haitian immigrants who both partially belonged of French descent. He went to the University of Rhode Island and his major subject was journalism but later, he switched his focus from journalism to political science. Valdimir completed his education in 1991 and started working in the division of the financial services industry for Wall Street.

While hustling for his career during the initial years after completing his education, Vladimir Duthiers landed himself a job at the firm AllianceBernstein in 1993 where he was later promoted to the position of Managing Director and thereby became responsible for the business development responsibilities or duties in the places like Asia, Europe, Middle East, Latin America. Later, he returned to his studies and pursued part-time broadcast journalism at the famous Columbia University Graduate School of Journalism.

Duthiers was still at Columbia and he joined CNN in 2009 where he was hired as an intern and was then promoted to a production assistant and started working on projects like Amanpour and Anderson Cooper 360° by Christiane Amanpour. The day after the 2010 Haiti earthquake took place, Duthiers traveled to Haiti with his CNN teams and started working as an interpreter and production assistant. For his coverage of the earthquake along with the whole team, he was given two Emmy Awards. Later, he saw his promotion to Nigeria where he started working as an international correspondent and thereby won a Peabody Award for his work over the kidnapping of a Nigerian School girl by the terrorist group Boko Haram.

While being there in Nigeria, he covered ongoing military interventions in Mali- the terrorist attack, the hostage crisis in Algeria in Amenas, the trial sentencing of Charles Taylor at the ICC in Sierra Leone, and the visit of President Barack Obama to Senegal. He also worked and reported many other coverings from Japan, and South Korea based on the matter of US military operations in the Asia-Pacific Theaters, reported from the streets of Bangkok during political turmoil in Thailand, and reported on the birth of the royal baby Prince George in July 2013 and reported on the front lines form the Middle East for the Israeli-Palestinian crisis.

In August 2014, Vladimir joined his hands with CBS news and got himself landed a job switch, and became the news correspondent for the New York-based CBS News channel. Most of his appreciated works have been published on the network of CBS including This Morning, Evening News with Scott Pelley, Sunday Morning, 48 Hours, and all other CBS-affiliated platforms. Most recently, he is working as an anchor for BSN, the streaming news channel of CBS News and CBS Interactive.

Vladimir Duthiers was in a relationship with his long-time known partner Marian Wang, a senior news producer with Last Week Tonight with John Oliver. Back on 1st September 2020, the pair exchanged the rituals of marriage. They initially planned to get married in South Africa but due to COVID-19 protocols and restrictions, they got married on Fire Island, New York on the occasion of Duthiers’ mother’s birthday.

During the time, Duthiers was around 50 years old and on 2nd September 2020, he announced his wedding on Instagram, where he seemed to be romantically involved with his longtime love and partner Marian Wang, while tying a knot in Fire Island, New York. Duthiers posted a slideshow of all of his pictures where his wife donned a beautiful white dress and Duthiers was captured in a navy blue suit with a tie on his big day. In a few of his pictures, the couple was joined by their dog who wore a tie for the celebration. On the other hand, Duthiers and Wang’s families also joined the couple for their sweet group picture.

Vladimir Duthiers, who has had a long career after completion of his education in 1991, is surely earning a good income somewhere around $5 million, giving him enough name and fame in the industry.