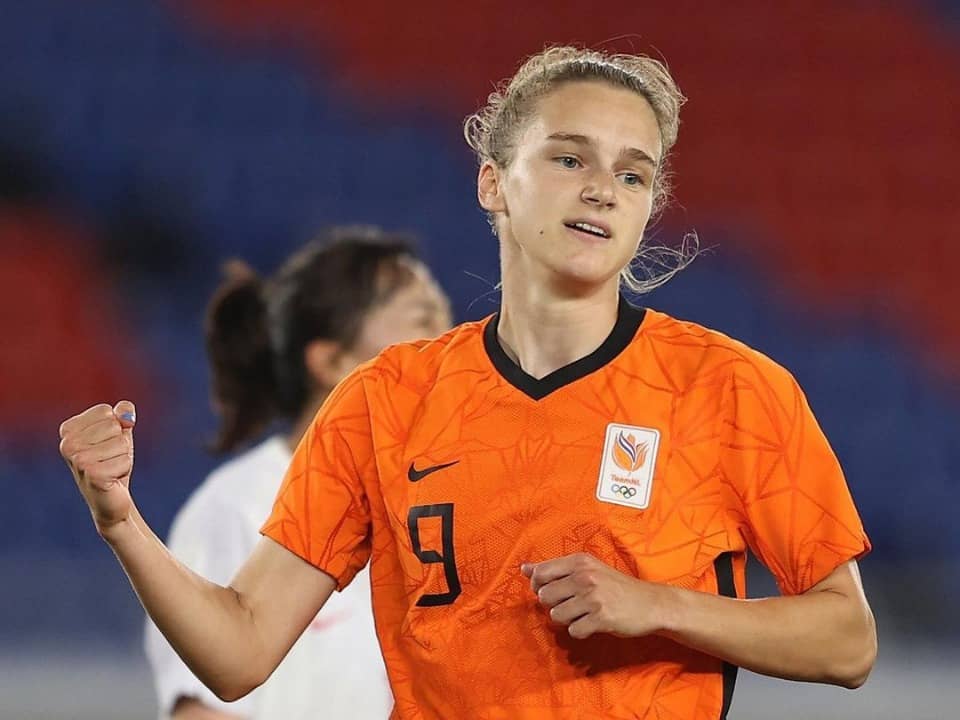 Vivianne Miedema is a hardworking and talented Dutch Football player who plays at the position of forward. Currently, she is playing with the Arsenal Football team. She has previously played with football clubs named Bayern Munich and SC Heerenveen. In 2017, 2019, and 2020 she was named to the Top10 of The Guardian’s The 100 Best Female Footballers in the World.

Vivianne was born on 15th July 1996 in Hoogeveen, Netherlands. The names of her parents are Rene Miedema and Carolien Miedema. She also has a younger brother named Lars. At a very young age, she began playing Football and has also played on the boy’s team. Vivianne has completed her high school education but the details about the same have been kept away from the limelight. She went to Johan Cruyff Institute. Over there she received a postgraduate diploma in the field of football business.

Vivianne began her career in the field of football. From 2011-14 she used to play for SC Heerenveen in divisions named Eredivisie and BeNe League. She used to play for Bayern Munich in the division named Bundesliga from 2014-2017. From 2017 onwards she began playing Super League for Arsenal. Along with playing for the club, she also used to play internationally. In October 2012 she played for the Netherlands at Women’s National under 17 football team.

She played in various events internationally as a Youth named as 2013 UEFA Women’s Under 17 Championship and Netherlands Women’s national under 19 championships. As a senior, she played for many international matches. The names of the matches are the 2015 FIFA Women’s World Cup, 2017 UEFA Women’s European Championship, and 2019 FIFA World Cup. Currently, she is playing at the 2020 Summer Olympics held in Tokyo in 2021 where she broke the Olympic record by scoring 10 goals in four matches.  In Quarter-Finals she lost against the United States during the Penalty shootout.

Vivianne is a proud lesbian and is currently in a relationship with Lisa Evans. Lisa is also a Scottish International and Arsenal Player. They live 30 minutes apart from each other’s house. She likes to enjoy spending time with her and both of them support the LGBTQ Community.

Vivianne has earned a lot from her career as a professional football player. She earns by participating in games and winning prize money from the following. According to sources her net worth has been estimated more than $5 million. Some other sources of her income are earned from attending events and sponsorship.

Vivianne is a talented football player. She represents her country Netherlands at International matches.  At a young age, she lost her two front teeth being kicked out by a young goalkeeper but still showed a lot of dedication. Her scores are also excellent as she has received various honors about scoring maximum Goals. She is in a happy relationship with her Girlfriend, Lisa. We wish her Good Luck in her upcoming matches.