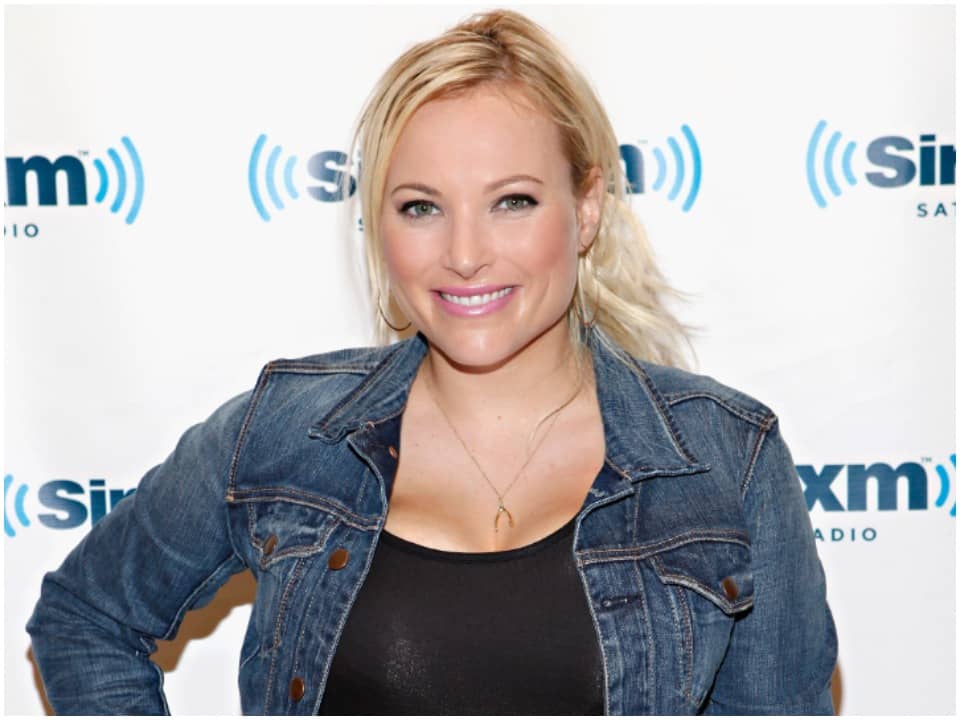 Meghan McCain, born Meghan Marguerite McCain, is a conservative columnist, author, and television personality in the United States. She has worked for ABC News, Fox News, and MSNBC, among other news organizations. McCain attracted media prominence on her own in 2007 for her blog, McCain Blogette, which chronicled life on the campaign trail during her father’s 2008 presidential campaign. She joined The Daily Beast as a contributing writer in 2009. She co-hosted the daytime chat show Outnumbered from 2016 to 2017, following which she co-hosted the daytime talk show The View. In July 2021, she announced her departure from the show.

She is the eldest of Senator John McCain and Cindy Hensley McCain’s four children. She was born in Phoenix, Arizona, on October 23, 1984, and attended Phoenix Country Day School and Xavier College Preparatory, a private Catholic secondary school for girls. In 2008, John ran for President as a ‘Republican.’ Cindy is an entrepreneur from the United States. McCain is the first of John and Cindy’s four children, and she has spent her entire childhood in the spotlight.

At the 1996 ‘Republican National Convention,’ she made her first public appearance. Meghan went to ‘Phoenix Country Day School’ and ‘Xavier College Preparatory High School’ in Phoenix, Arizona. She went on to ‘Columbia University,’ where she got a bachelor’s degree in art history. McCain wanted to be a music journalist and worked as an intern at Newsweek and Saturday Night Live.

Meghan interned at Newsweek and Saturday Night Live intending to become a music journalist. Fate, on the other hand, had other ideas for her. She established her blog, the ‘McCain Blogette,’ while working on her father’s presidential campaign. Her opinions on fashion, music, pop culture, and social concerns made her famous. She also kept a blog about her campaign experiences, which drew a lot of attention. Her audience popularised her viewpoints, and she went on to become an award-winning blogger. In 2009, her readership landed her a job as a columnist for ‘The Daily Beast.’ She also began working as a contributor for MSNBC. That was the start of a long and successful career in journalism for her.

Meghan’s post from March 2009 drew a lot of criticism from radio talk-show presenter Laura Ingraham. The piece, titled “My Beef with Ann Coulter,” questioned conservative author Ann Coulter’s “Republican” backing. In 2009, she also acquired a book deal with ‘Hyperion.’ In 2008, she wrote a book titled ‘My Father, John McCain.’ In 2010, she won a reward as a listener on the game program “Wait, Wait, Don’t Tell Me.” Her next book, ‘Dirty Sexy Politics,’ was published the following year. Her memoir about her campaign garnered mixed reviews. While it was described as a coming-of-age story about herself in the ‘New York Times,’ critic Leon H Wolf had nothing good to say about it.

“It is hard to come away from reading Dirty, Sexy Politics with the idea that you have read anything other than the entirely unfiltered ranting of an idiot,” Leon wrote.

In 2011, she began working as an analyst on ‘MSNBC,’ where she quickly became embroiled in a heated debate with 2012 ‘Republican’ presidential candidate Newt Gingrich, prompting backlash from blogs. She was dubbed a “noted idiot” by the website “Gawker.” ‘America, You Sexy Bitch: A Love Letter to Freedom,’ which she published in 2012, was her second book. After spending a month on road trips with comedian Michael Ian Black, she collaborated on the book with him.

The book discussed political difficulties in the United States, as well as an attack on her younger sister during her father’s election campaigns. ‘Raising McCain,’ her own talk show on ‘Pivot,’ premiered in September 2013. At the beginning of 2014, the show was canceled. In May of 2014, she began working as a co-host on the show “TakePart Live.” She made an appearance on the show alongside Jacob Soboroff. Although it was canceled in December of 2014. In 2015, she was also signed as a contributor by ‘Fox News.’

On November 14, 2016, she joined the cast of ‘Outnumbered’ as a regular co-host. The show, however, was discontinued a year later. McCain eventually got his chance to be the 21st co-host of the iconic American talk show “The View” in 2017. On October 9, 2017, she officially joined the show as a co-host. After Jedediah Bila left the show, she was given the opportunity to co-host it. She recently announced her exit from “The View” and will soon reveal her further plans as well.

Meghan married conservative writer and commentator Ben Domenech in July 2017. McCain’s family ranch in Page Springs, Arizona, hosted their wedding on November 21, 2017. McCain revealed in July 2019 that she had a miscarriage earlier that year. In the year 2020, she gave birth to the couple’s first child, a girl called Liberty. McCain has praised her husband’s cooking on numerous occasions.

McCain’s net worth as of this writing is $10 million, thanks to her best-selling books and cable news contributor roles, as well as her pay on “The View”, which is somewhere around $3 million.