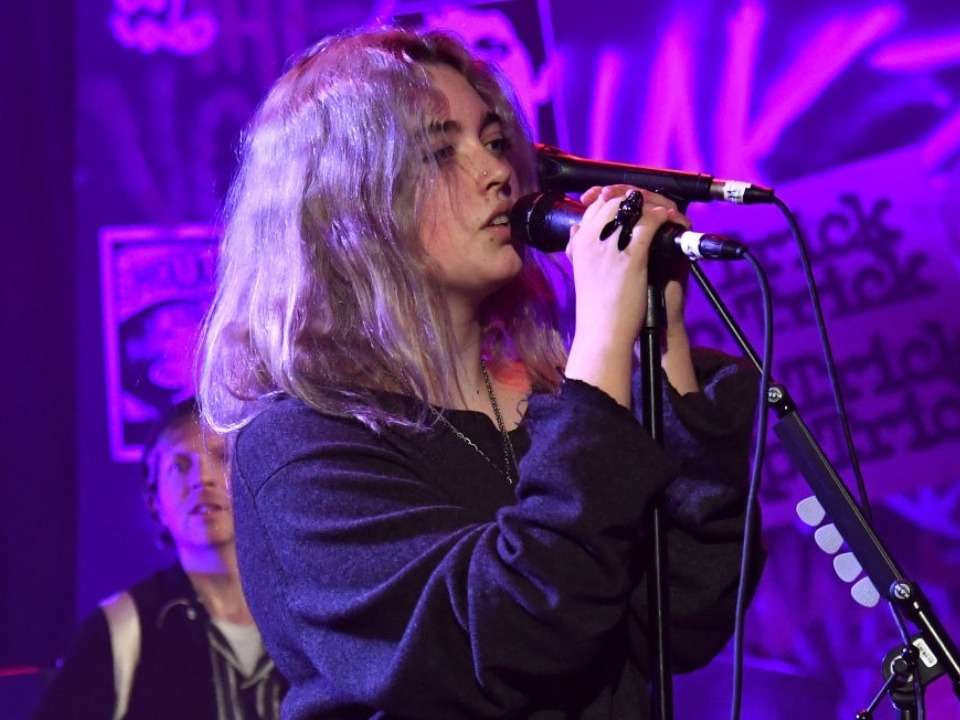 Violet Grohl is the eldest daughter of famous American musician, singer, and songwriter David Eric Grohl who is also the drummer of the rock band Nirvana. Violet is also an upcoming singer and drummer who has been seen performing with her father’s band Nirvana and Foo Fighters.

Violet Maye Grohl is the first daughter of celebrity couple Dave Grohl, and mother Jordyn Blum. She was born on April 15, 2006, and the moment she was born, Dave felt he had turned from a hot rock star into an ordinary father. From those moments, he started to think about diapers instead of music and night parties with tons of alcohol. She has two more younger sisters named Harper Willow Grohl and Ophelia Grohl. Her aunt, Lisa Grohl also practiced music in childhood.

Violet has been fond of singing and playing instruments from a young age, Dave even mentioned that she would learn any instrument within a week. At the moment, Violet is in her early teens and is attending school in Encino, California, United States. There is no relevant information regarding her school’s name.

Violet has recently turned 15, in 2021, and yet has set magnificent milestones in her early life. In 2019 she went onstage with her father at the Leeds Festival, Dave gave a heart-warming introduction to Violet and also mentioned that it was her idea to sing with the band. She sang a rendition of My Hero, a track she wanted to perform. She also set an appearance at the 2019 concert for Nirvana where she stepped into Kurt Cobain’s role on stage. Dave has also mentioned that Violet is one of the best vocalists out there and an excellent drummer. Violet has provided backing vocals on the Foo Fighters record as well and has high hopes for her future as a musical artist.

She has backed up Foos’ tenth album Medicine At Midnight. In 2020, she appeared on the stage with her father for a 2020 Nirvana reunion and also participated in the band’s recent #SaveOurStages gig at The Roxy in Los Angeles. On April 23, 2021, Violet also with Dave Grohl released their first collaboration “Nausea” – a tribute to X and the Bonebrake heritage in the upcoming WHAT DRIVES US documentary.

The documentary film is a love letter to the rare club of rock and roll and an inspiration to every young kid who dreams of a life playing music and is directed by Dave. Violet will be seen releasing music of her own as once her father asked her about plans with music and she replied with making a new album. Though there are no details regarding the same, we can expect Violet to follow her father’s footsteps in the future.

There are no details regarding her personal life as Violet is still very young and doesn’t seem to be involved in dating. She wants to focus on building her music career rather than being in a relationship at the moment.

Back when Violet-backed up as a vocalist for Foos’ album Medicine At Midnight, Dave’s accountant asked where she should deposit the cheque for her work. Back then she did not have a bank account, hence all the money she made was deposited in her father’s account.