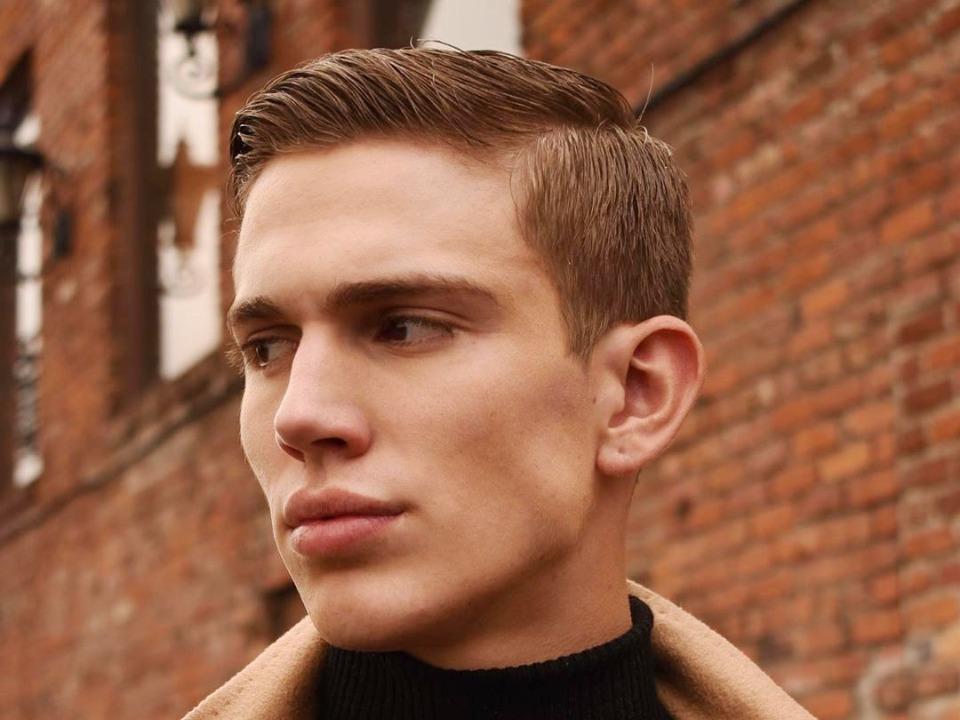 Vinnie Hacker is a prominent content creator and TikTok star. He is widely known for posting short comedy and lip-sync videos on his TikTok account @vhackerr. He went viral on the Gen Z app because of those videos. Vinnie is mostly adored for his athletic build and beautifully expressive pair of hazel eyes. His Instagram account @vinniehacker displays his modeling photographs and also gives an account of his smiley personality, love for his pet dogs, and dedication to baseball.

A native of Seattle, Washington State, Vinnie Hacker was born on the 14th of July, 2002. He grew up as a catholic and became serious regarding his religion at a later stage. His mother Maria Hacker used to work as a 911 dispatcher, whereas his father’s name has not been revealed in the public domain but it’s known that was an electrician. Alike his elder brother Reggie Hacker who is a Baseball and Basketball player, Vinnie also played Baseball for O’Dea High School from where he completed his formal education. He went to the no.1 sports school among 170 sports schools in Washington. Apart from Baseball Vinnie also relishes reading, photography, traveling, learning, internet surfing, and skateboarding.

Vinnie hails from a simple family who do not happen to have any trace in the entertainment industry. He was very good at sports especially baseball and has played for his school and Seattle Select. Before fame, he used to edit short films and videos as his passion and also was active on all social media platforms, mainly Instagram, Tik-Tok, and YouTube. His edits and experiments with videos are all over his accounts on various platforms. In 2020 he became a member of The University of Diversity, a Tik-Tok group with Marco Borghi, Sebastien Andrade, and other celebrities.

Recently in July 2020, it was announced that he will be a part of Sway Gaming with Quinton Griggs, Kio Cyr, and Griffin Johnson. The same month he created his YouTube channel and within no time he had 81k followers, this was the result of his passion for making videos and editing them. Vinnie has a lot of reach on his Tik-Tok with more than 112 million likes and 3 million fans, he uploads funny videos and also features other stars. He is known prominently for this lip-syncs, freestyle dance, and hilarious content. Vinnie is currently signed with SMG Model Management and has modeled for many famous brands.

Vinnie is a prominent social media star with an enormous fan following of more than 13 million followers on TikTok, 5 million on Instagram, and 723k on Twitter. He is also available on Twitch which is a video game broadcasting and viewing platform with more than 4k followers. Apart from this Vinnie also uploads vlogs on his YouTube channel which has 499k subscribers and uses Snapchat as well. Recently he has been seen on Season 2 of Drop Date which is telecasted on a YouTube channel called Awesomeness TV.

Vinnie maintains a low profile when it comes to his personal and dating life. Though it is speculated that Vinnie has been into some past relationships and hook-ups but the details of the same aren’t confirmed or highlighted by him. Currently, as of 2020, he is single.

Vinnie Hacker has done modeling for various brands and also does endorsements for the same. Apart from this he is widely known for his Tik-Toks and has a huge fan base on the platform. As of 2020, his net worth is estimated to be $300,000 US Dollars.