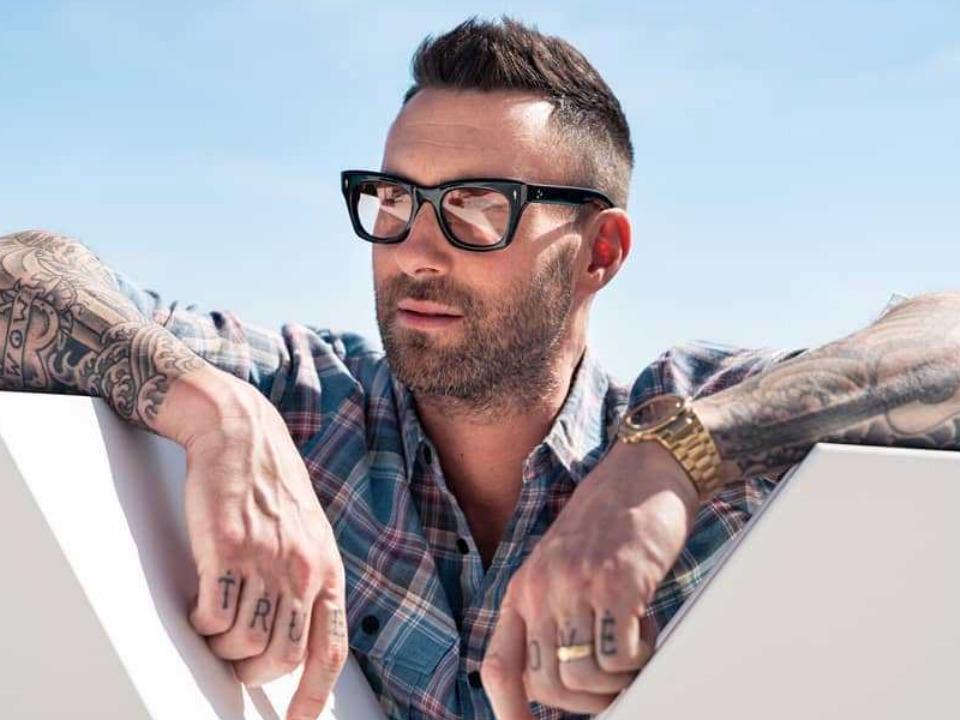 Adam Levine is a well-known American singer, songwriter, producer, and part of a famous band named Maroon 5. Millions of fans are crazy behind this band as he was the lead singer. He was also a part of a show named “The Voice” where he was the judge and a coach. He has also made an appearance in a lot of Hollywood films.

Adam Levine was born on 18th March 1979 in Los Angeles, California. His father’s and mother’s name is Fred Levine and Patsy Noah respectively while Michael Levine is his real brother. Sam Levine, Julia Levine, and Liza Levine are his cousins. He follows Jewish heritage. His family is very much into music, he got inspired by them and started his journey to become a musician. He went to a private school named “Brentwood” with his friend named Jesse Carmichael, Mickey Madden, and Ryan Dusick and formed his first band “Kara’s Flowers”.

In 1997 their first album was released named “The Fourth World”. They even had one hit single “Soap Disco” and got an opportunity to make an appearance on a show named “Beverly Hills 90210” which is an American teen drama. Soon after the appearance, the band broke up, they had little success but were also feeling a lot of pressure for not reaching their expectations. Later Adam and Jesse left Los Angeles and went to New York. They attend Five Towns College and pursued the course of music.  Living in New York created a huge impact on them from the musical point of view and heard a lot about hip hop and rhythm and blues.

Adam started regretting the breakup of Kara’s Flowers.  Later he took a drop from his college and came back to Los Angeles in the year 2000. They reunited and added a new member who was a guitarist named James Valentine. Later the “Kara’s Flowers” was named Maroon 5. In 2002 they released a debut album named Songs about Jane. Slowly they were climbing the charts with their hit songs such as “she will be loved “and “Hard to breathe”. Fans went crazy over their music video and the lead singer Adam Levine. They were followed by successful albums like “It won’t be soon before long (2007)” and “Hands all over (2010)”. They got a super hit song “Moves like Jagger” and started collaborating with famous singers like Kanye West, Alicia Keys, Wiz Khalifa, and Natasha Bedingfield.

In 2007 he made an appearance on several shows like Jimmy Kimmel Live, Saturday Night Live, and A night of too many starts. Later in 2011, he started working in a reality show as a judge/coach on “The Voice”, also got a minor role to work with American Horror Story. They returned back to their chats in 2012 with the album Overexposed. Later they went on an international tour to promote their following recording and also rocked the stage of Victoria’s Secret fashion show. In the year 2013, he came up with his first perfume line, which features a product for men and women.

As he also was a Producer, he signed a deal with NBC to help develop new series for the television network. They put a lot of effort into working on these songs and came out with another album “V (2014)”. They released their 6th album “Red Pill Blues” and featured top artists like ASAP Rocky, Julia Michaels, and SZA. This album was no.2 hit on Billboards with singles “Girls Like you”, “Wait” and “What Lover’s Do” had topped the chart. In February 2019 they even performed on The Super Bowl halftime which includes an appearance by rappers Travis Scott and Big Boi. Adam made a decision to move on from “The Voice” where he spent 16 years on this competitive show and thanked his coaches and the crew member in May 2019.

Apart from singing and appearance he even devotes his time to supporting and bringing peace to society. He spreads awareness about Attention-Deficit /Hyperactivity disorder, testicular cancer, gay rights, and Black lives matter. He also shares the importance of yoga and spinning with his fans. In July 2020 he collaborated with Ferrari and Save the children to raise funds and to support the education programs during the coronavirus pandemic. He pretty much does his best to contribute towards social issues as well.

Adam Levine’s band Maroon 5 earned their 1st Grammy award for The Best New Artist in 2004 and also won two more along with 10 Nominations. They received a total of 15 Awards from Billboard Music Award, MTV Awards, American Music Award, and People’s Choice award. They also received 4 Nominations at the Brit awards. In November 2013, Levine was named “Sexiest Man Alive” by The People Magazine.

Levine was dating model Anne Vyalitsyna for two years and later they split in May 2012. A year after his separation, he started dating Victoria’s Secret model ‘Behati Prinsloo’. On 19th July 2014, the couples tied a knot in Cabo San Lucas, Mexico. They were blessed with a child named Dusty Rose. In 2018 they welcomed their second daughter named Gio Grace.

Adam has earned a lot of fame and a name for himself in the professional field. Adam’s net worth is reportedly around $90 Million as he earns through his singing and business line.