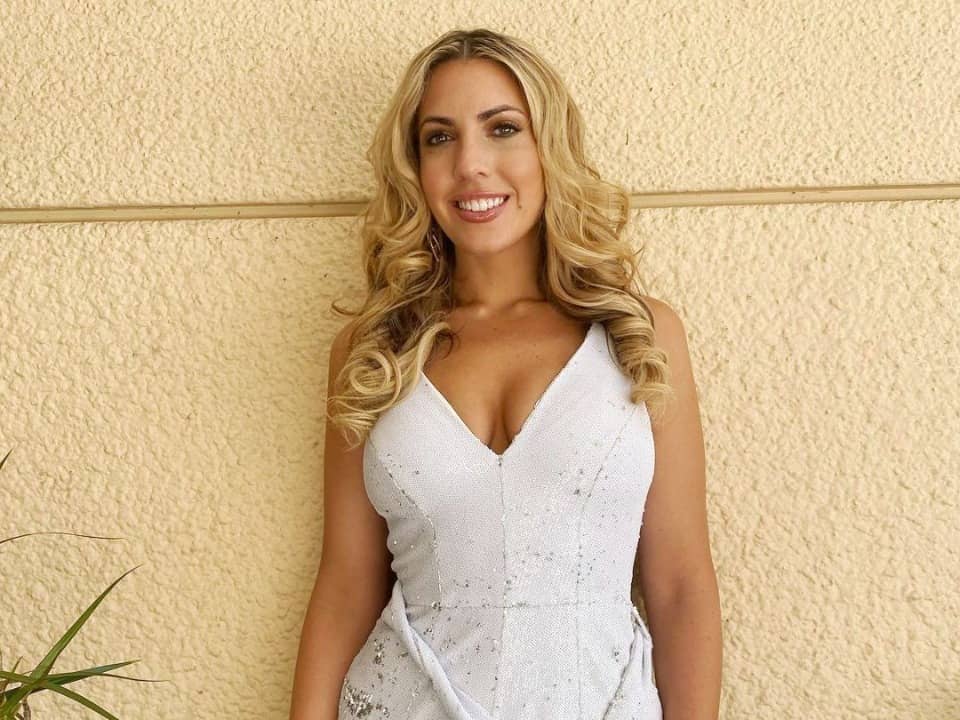 Victoria Larson is a New York City-based fitness coach and television personality. In season 25 of The Bachelor, she is one of the ladies vying for the Bachelor Matt James’ heart although, she got eliminated after few episodes. She is well-known for her adorable features and lovely personality and will return yet again on Bachelor in Paradise season 8 starting from 16th August 2021.

Victoria Larson was born in New York City on January 7, 1993. She was born and reared in the metropolis of New York. Agnes Kiernan Larson is her grandma, while Mary-Anne Kiane Larson is a relative. Other than this, there are no details available regarding her parents or siblings in the media. Her interests include listening to music and watching television. According to her LinkedIn profile, she studied at the Institute for Integrative Nutrition and graduated from Florida State University with a bachelor’s degree in business.

Victoria Larson began her professional career as a beauty product promoter and wellness coach. She worked as a flight attendant and a model between 2014 and 2019. She went on to become a real estate agent in Los Angeles and, in 2018, she founded Jet Set Glo, a mobile spray tanning company. At the moment, it appears that Victoria is still in charge of the business. Vikki Larson Beauty, on the other hand, has a broader reach than just tanning services. She had a few investments in the health and beauty industry, and she even had her own show called “Victoria Larson Health.” “Models and others detox from big pharma with the goal of helping them align with their genuine life path and purpose,” she said.

Victoria also ran two businesses, Jet Set Glo and Vikki Larson Beauty, under her name. Victoria used to be a jet setter before she started her current career. She was a former flight attendant who worked in a variety of settings. Victoria has also competed in the Miss California USA pageant. Her purpose was to utilize the platform to advocate for more stringent pharmaceutical legislation since she had struggled with addiction in her youth.

Victoria Larson’s history is returning on The Bachelor. Larson was apparently arrested nearly nine years ago for shoplifting from a grocery store in Tallahassee, Florida, where she dubbed herself a “queen” on Matt James’ season. Going into week five of the dating reality show, the 28-year-criminal old’s record and mugshot have reappeared. Larson stole $250 worth of groceries and makeup from a Tallahassee Publix in 2012, according to an arrest report obtained by E! News.

According to the arrest report, she was caught on security camera placing 25 goods in a reusable shopping bag inside her shopping cart and then failing to pay for those items while utilizing the self-checkout. Larson was reportedly booked into the Leon County Jail after her arrest and stayed there for two days before being released after paying $1,000 bail, according to E! News. According to the publication, she later pleaded no guilty in court to charges of petit theft and was sentenced to six months of probation.

Right now, Victoria Larson is not in a relationship. She is completely focused on her objectives and dedicated to her work. She spends her leisure time with her family or exploring new locations and meeting new people.

Victoria is an Instagram user who has been verified by the platform. On Instagram, she has 65.1 thousand followers and 1540 followers, with a total of 371 posts. She had largely talked about her day-to-day experiences and some of her accomplishments. Victoria’s Instagram is full of photos from the beach, hiking, bicycling, shopping, and other favorite L.A. activities.

Victoria Larson’s net worth is estimated to be 3.6 million dollars. Her net worth is entirely derived from her several careers as a model, real estate agent, and owner of two businesses, as well as her previous work as a flight attendant. She has amassed wealth as a result of these sources, yet she likes to live a simple life.