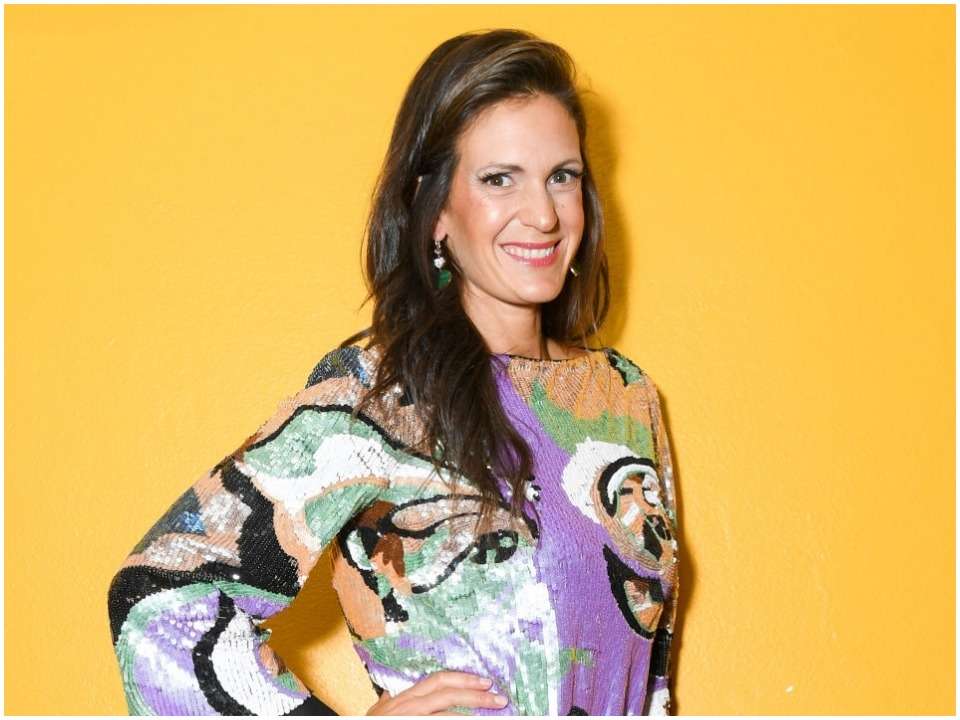 Veronica Berti is an Italian-born actress and philanthropist. She is primarily known for appearing in renowned tv shows such as Great performance in 2016 and Andrea Bocelli Live from Florence, a documentary on her husband Andrea Bocelli. Her marriage to this popular Italian vocal artist has oftentimes made her in the headlines of many news. She also appeared in Celebrity Fight Night in Italy. Veronica and Andrea Bocelli recently made headlines for their red carpet walk at the 78th Venice International Film Festival. The couple was highly praised for their looks and style.

Veronica Berti was born in 1984 in Ancona, Italy and as of 2021, she is 37 years old. She spent most of the time in her hometown and also lived most of her life. Veronica was born in a Christian family, her father’s name is Ivano Berti, and her mother’s name is Elena Brunelli. While there is no information present on the web, about Victoria’s high school. For college, however, she attended the Faculty of arts and philosophy and graduated with a degree of Honors in Management of performing arts and music

Veronica‘s primary career path was always in show business. She started with modeling and acting in various tv shows. Her most noticed performance was in The Alan Titchmarsh show, celebrity fight night in Italy, and Great performance. These roles helped her gain attention in the media. While, today Veronica is not focusing on her acting career, as much as she does on her charity works. She became the CEO of Almud in 2006 at Bocelli’s currency management office. Ever since then she has become the Vice President of the cooperation.

Besides this, she has another foundation with her husband, named Bocelli Foundation, mainly to provide healthcare and hospital buildings for the underprivileged. The couple together initiated a project in partnership with the foundation St. Luc, that is called “Voices of Haiti”. It was developed to empower those from the poorest and dissociated communities of the Haitian Island. Another of their projects “the mobile clinic project” was made simultaneously to provide education to kids.

Veronica first met her husband Andrea Bocelli back in 2002, when she was only 18 years old. Andrea was married to his now ex-wife at the time and had two children. The couple immediately hit off and started dating after Andrea got divorced in the same year. Veronica gave birth to their daughter on March 12, 2012. Her name is Virginia Bocelli. The couple dated each other for more than a decade after finally tying the knot in 2014, in a private ceremony at Sanctuary of Montenero, Livorno, Italy. On the day of their daughter’s second birthday.

The estimated net worth of Veronica Berti is 1 million dollars. Her primary source of income is from her television work and serving as the Vice President of her cooperation etc.