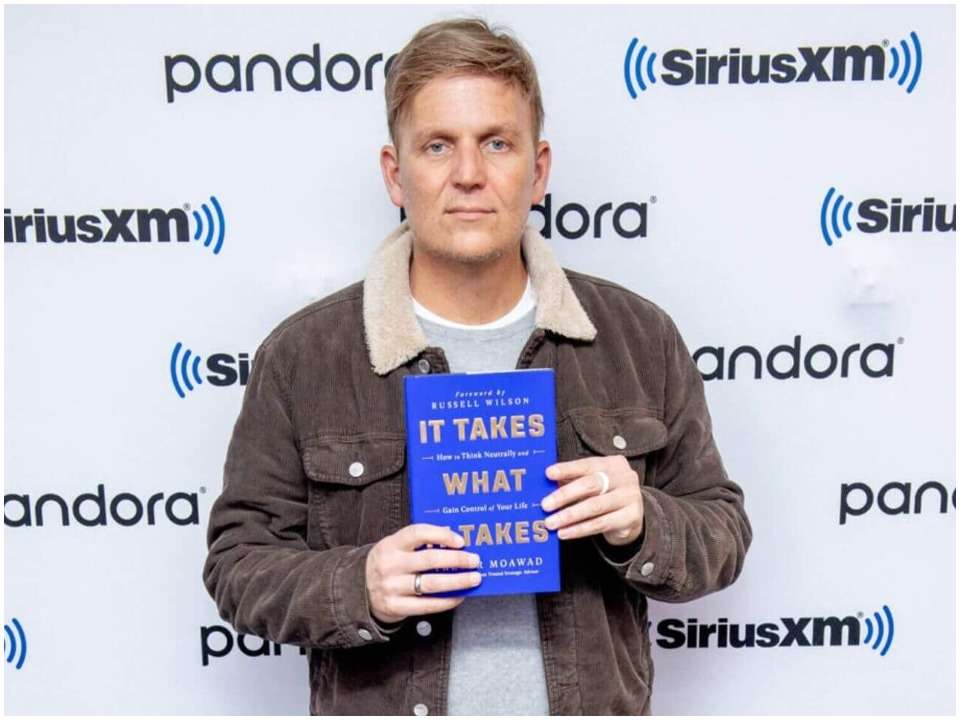 Trevor Moawad was an American-born author, most popularly known as the creator of the “it takes what it takes” book, the wall street journal bestseller. The book was co-composed by Andy Staples and was published by HarperCollins. Trevor was a famous mental conditioning master and a sports psychologist who primarily worked with professional athletes including pitcher Marcus Storman and Seattle Seahawks quarterback Russell Wilson, who was also Trevor’s best friend. He was also the CEO and co-founder of limitless minds. his firm, which was established in 2018, whose goal was to advance the way of life and streamline execution. Unfortunately, the author died on September 15th, 2021, from cancer that he was battling for two years.

Trevor Moawad was born on July 12, 1973, and died at the age of 48 years on September 15th, 2021. He was raised in the state of Washington and was the son of the late Bob Moawad, a worldwide-known performance educator. Bob Moawad was the former president of the National Association Self-Esteem and he was also the original contributor to Chicken Soup for the Soul. He went to Occidental College, in Los Angeles, California, United States of America, the same school where both Barack Obama and jack kemp went to.

At this college, Trevor became an all-conference and two-sport athlete. He graduated there with a bachelor’s degree in politics and a master’s degree in education. He yearly presented an award at his college, the Trevor Moawad Leadership award, for both top females and males, who made an exceptional commitment to making their teammates better on and off fields.

Trevor began his career as a top strategic advisor and mental conditioning coach for the world’s top athletes and terms and organizations. In 2017, Trevor Moawad was named as the “sports world’s best brain trainer” by the sports illustrated. He was also the president of the moawad consulting group in Scotland Arizona, which was established in 2014. Before he started his company, Trevor worked several roles such as the director of mental conditioning and the director of a multi-disciplined IMG performance institute (at IMG Academies in Bradenton, Florida). He was a beloved mental conditioning coach for pro athletes and mentored college students, and he developed his firm called limitless mind in 2018, with Russel Wilson (the eight-time pro bowler, quarterback) whose mental coach was also Trevor.

Trevor also wrote his first book with his co-author, The athletic’s Andy Staples called It takes what it takes. The book was published in 2020. Trevor’s consulting group was made primarily to focus on providing progressed outlook answers for the determined leaders in the planet’s most serious issues. Trevor continued to be a thought full leader in several performance spaces by making appearances in global media channels, national, local, and regional outlets, such as the USA today, ESPN, Fox Sports, The Herald Tribune, SI, NPR, and Outside the lines.

Trever Moawad was married to his now ex-wife Solange Moawad. The couple got separated a few years ago, getting divorced later in 2015. Trevor Moawad‘s recent sudden death is still taking the world by storm. He died in September 2021 and this sad news was confirmed by Mark Ryan, Trevor’s close confidant and an associate in his firm, from his Facebook account. It was later revealed that the author was fighting with malignant cancer for two years, although no more details were given regarding his condition, however, it was said that he battled his illness discreetly with elegance and strength. According to certain reports before he was officially diagnosed, his first malignant growth started in high school sophomore year, and that he had been combating blood plasma malignancy for a long time.

Trever Moawad’s net worth is estimated at around 1 million dollars to 5 million dollars. His primary source of income was from being a motivational speaker, his books, and his firm limitless mind.