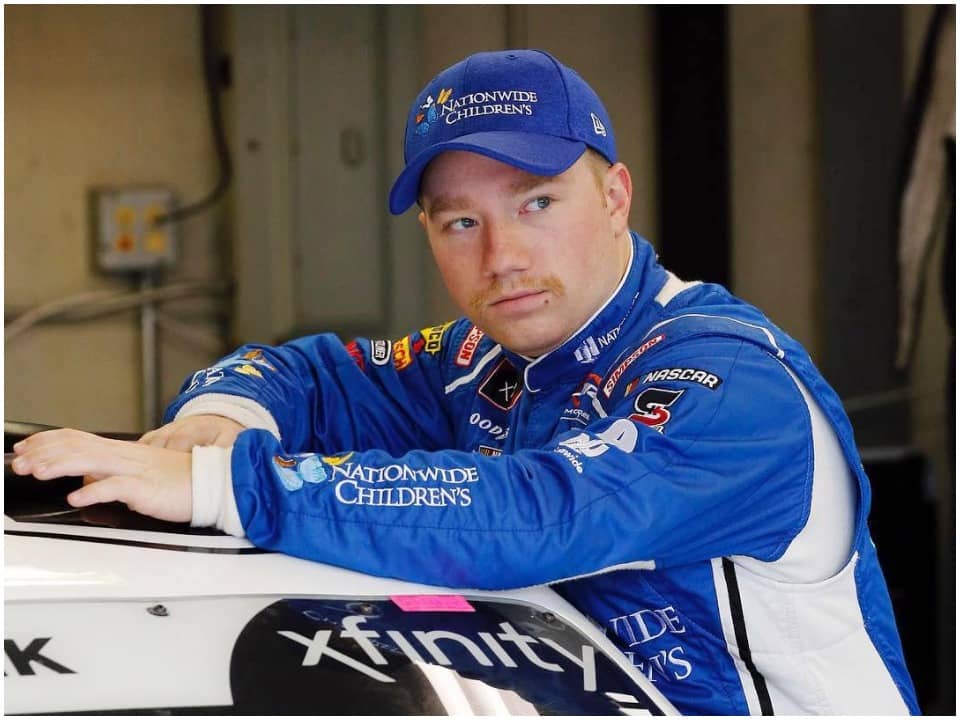 Tyler Reddick is an America-based professional stock car driver. Currently, he is competing full-time in the NASCAR Cup Series while driving with the number 8 Chevrolet Camaro for Richard Childress Racing. He has remained a two-time champion of the NASCAR Xfinity Series that he won in 2018 and 2019.

Tyler Reddick was born on 11th January 1996 and was brought up in Corning, CA. he started driving at the age of four and started competing in sprint cars shortly after. Reddick began his career driving racing cars at the age of four. He later competed in Outlaw Karts and soon after he began with mini sprints, dirt late models, and sprint cars. He became one of the youngest drivers to get qualified for the pole position at Eldora Speedways.

He entered the world 100 while being the youngest driver to win the East Bay Winter Nationals and the title of Lucas Oil Late Model Dirt Series. Tyler has also been named as the youngest driver to qualify for the world of Outlaws sprint car racing. He started his career with the first time performance at ARCA Racing Series in 2012 and later won the title of NASCAR K&N Pro Series East at Rockingham Speedway. Reddick entered the NASCAR Camping World Truck Series in April 2012.

He first drove for Ken Schrader Racing at Rockingham Speedway. That year, he was involved in a car accident during the race which he further finished while being in 30th place. On 20th February 2015, he got his first career victory at Daytona. First, Reddick joined Chip Ganassi Racing on a part-time basis that he started in 2017. In September, the same year, he won the title of the Xfinity race at Kentucky Speedway. A month later, earned the name of Xfinity pole at Kansas Speedway.

On 1st February 2019, it was announced that Reddick would make his debut with Cup Series at the 2019 Daytona 500. After getting qualified for the race as a non-charter car racer, he started while being at 39th place. He got involved in two-car incidents during the race. One was that lap 159 was about to pit after which he was sent with an airborne hit by Jimmie Johnson that ripped his left side and the other was lap 191 that was involved in “The Big One” (the crash of five or more cars) that further collected other 20 drivers. Reddick nearly won the title of 2020 GEICO 500 that was held at Talladega. He controlled the lead in the late stages but later loses it and finished the race while being in 20th.

In the finale of Coke Zero Sugar 400, he headed with the regular season. He nearly won the race but in the late stages, he attempted to leave the number 18 of Kyle Busch but could not pass and instead collided with him. Due to the contact, Reddick lost the lead and was seized in another wreck that further resulted in missing the playoffs. Later, he finished the race being 19th in points. While racing at Homestead-Miami Speedway, Reddick was again close to winning but he climbed all the way to be a fourth-place where he had to battle with Martin Truex Jr. and Kyle Larson. When he finally left both of them in a good way, he didn’t leave with enough time to catch the winner William Byron who was one of the fastest cars on the track.

Tyler Reddick is committed to his girlfriend named Alexa De Leon. His girlfriend is a brunette beauty with dark hair. He is having a son with his girlfriend Alexa. Currently, they are parted by the time between Illinois and North Carolina. Alexa belongs to Dominican descent. She was born on 6th March as she used to celebrate her birthday on every 6th day of March every year. At the time when Alexa was pregnant, she made a bet with Reddick about who would name the baby. They both could not decide the name thus, to win with the bet, Tyler had to win his Xfinity Championship which he did also. As soon as completed the last lap, he took off his hamlet and pointed it on the stomach of his girlfriend while uttering “Baby Beau”.

By following his passion and dream, he surely has earned so much fame along with fortune as well. According to procured sources, his net worth would be around $5 million. He earns his basic salary of $525 thousand.