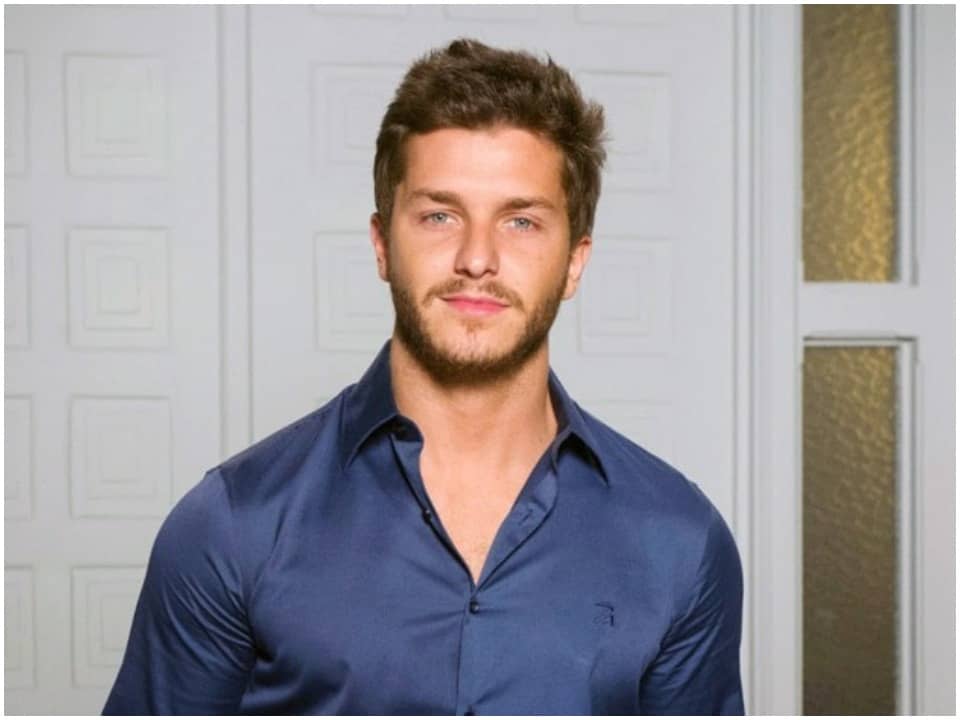 Klebber Toledo is a Brazilian actor who is kind of a newcomer in the industry but still got huge potential and acting skills. With his charming looks and dazzling personality, Klebber will try to rule the heart of his fans in Netflix’s Love is Blind: Brazil

Klebber Toledo was born on 14th June 1986. He was born to his parents named Maria Aparecida da Silva and José Roberto Toledo and has a brother. Toledo left home at the age of 15 while playing volleyball with a team. He went to São Paulo where he spent his two years of life while being apart from his family and worked as a waiter, model, and party monitor. At the age of 20, he went to Rio de Janerio where he participated in Rede Globo Actors Workshop.

By the end of the Rede Globo Workshop in November 2006, he appeared for the test of the cast Malhação which further made its first appearance with the new phase in January 2007. He got appeared for the test and also got it successfully passes while winning the role of Mateus Molina in the plot. In 2009, he was invited to be a part of the show by being an assistant director and producer. His part was related to telling the life of singer Isaurinha Garcia. In the same year, he gave his voice for the character (in dubbed language) Noah Cutis in the movie 2012. In 2009, he returned to Rede Globo where he made his appearance for the final chapter of the soap opera named Caras & Bocas.

His performance was well praised and due to that performance, he was given the role of a fixed character of the villain Guilherme in Morde & Assopra. In 2012, he affixed his role for the cast of A Vida da Gente and he got himself a role for another soap opera named Lado a Lado where he was cast as a playboy who was in love with older women. He made himself a cast member of the 10th edition of the Dança dos Famosos while being in 4th place in 2013. In 2014, he was cast with the role of Falso Brilhante who was initially assumed to play Roberto.

Later due to some changes, the novel happened to be called “Imperio” and there comes the character of Jose Mayer for Klebber. In 2015, he was cast with the Brazilian comedy film named Vai Que Cola which was later premiered on 1st October 2015. In the same year, he appeared for the play called “Where Are You Now” in which he played the role of Gabriel Pedro’s best friend. The following year, he was cast in the soap opera Eta Mundo Bom! In which he played the role of Romeu. In 2017, he entered the first phase of the series named “A Fórmula”. Toledo will appear along with Camila Queiroz in Netflix new reality show Love is Blind: Brazil.

During the time of his recording with the novel Morde & Assopra in 2011, he began dating the actress Marina Ruy Barbosa who was involved with him in the novel. In August 2014, when Klebber made his debut with the novel Imperio, he announced his end of dating his long-time girlfriend.

In August 2016, he came into another relationship with the actress Camila Queiroz with who he shared the soap opera named Eta Mundo Bom! The pair got engaged in June 2017. Later on 16 July 2018, they married each other and celebrated their wedding in Ribeirão Preto.

Klebber Toledo is estimated to have a net worth of around $1 million to $8 million. Whatever he earns comes from his acting career and with the stage performances in soap operas. He is estimated to earn a luxurious lifestyle for himself.