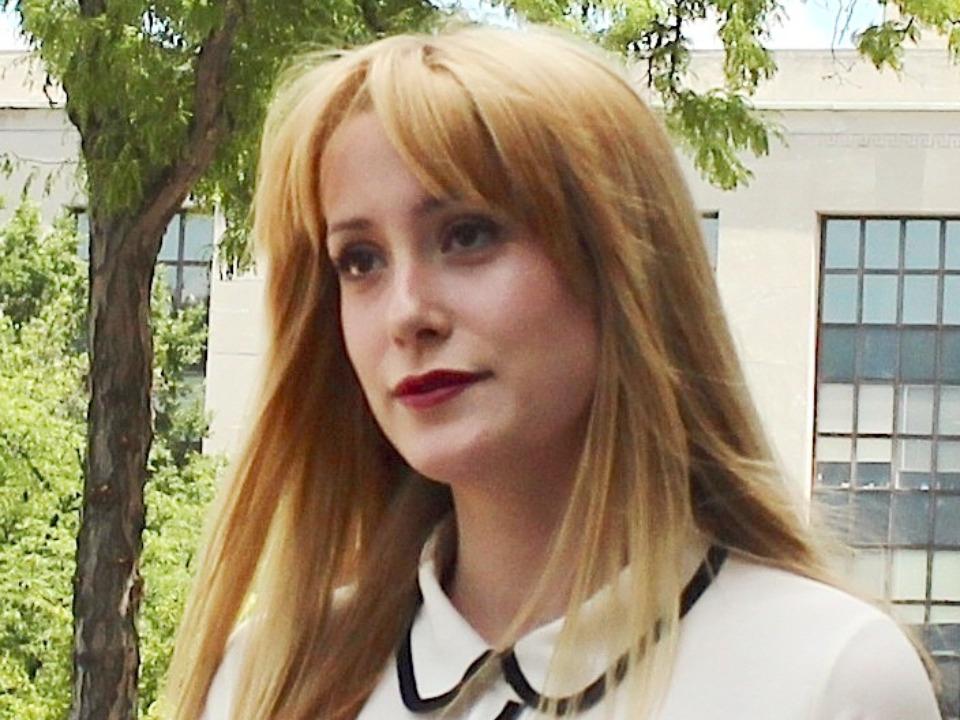 Aisling Tucker Moore Reed, professionally known by her pen name, Tucker Reed, is an American Blogger, Author, Journalist, and Feminist Activist. She is the co-author of the young adult novel, Amber House, which was published in October 2012. Later its sequel “Neverwas” was released globally in January 2014.

Tucker Reed was born on 15 October 1989 in Los Gatos, California, Santa Clara County, United States. She is the daughter of, Dan Reed (father) and Kelly Moore (mother). Her mother, Kelly was a New York Times Bestseller for seven weeks in 1991. Her parents got divorced in 2000. Reed has three siblings, Aisling Reed, Larkin Reed, and John Reed. She attended Ashland High School in Oregon. Reed performed in an alternative rock band as a singer-songwriter, as well as designed sets and costumes for, school and community theatre productions. She was a Reporter, web designer, and editor-in-chief for her school newspaper.

During her junior and senior years at Ashland High School, Reed went on to be recognized for her essays and short stories on the national level. Reed, at age 19, persuaded her mother to collaborate on a novel in 2009. Later, Reed’s sister, Larkin, was included in the collaboration as well. The trio negotiated and received a reported six-figure financial deal with the Arthur A. Levine imprint of Scholastic Press for the North American rights to their planned Amber House Trilogy in 2011. She studied broadcast, journalism, theatre, and cinema at the University of Southern California. In 2010, she was a reporter and assistant editor for the university’s student newspaper, “The Daily Trojan.”

Along with the mother, Kelly, and sister, Larkin, Reed co-authored “Amber House”, the first installment of the Amber House trilogy, released by Scholastic’s Arthur A. Levine Books imprint on 1st October 2012. Amber House received a positive critical reception. Publishers Weekly praising the book’s “intricate plot” and originality in a starred review, dubbing the story “rich, strange, and utterly fascinating.” Kirkus Reviews signaled out the book’s heroine as being a “strong, admirable character” for young female readers, specifically contrasting her with Bella Swan from the Twilight franchise.

Later, Amber House was selected as a finalist for the 2014 Oregon Book Award for Young Adult Literature and was also selected for the Texas Library Association’s 2014 TAYSHAS List. The audiobook edition of Amber House and its sequel Neverwas, which was released on January 7, 2014, was narrated by Reed. She is also co-author of the series’ forthcoming title “otherwhen.” Besides this, in the unreleased independent horror film “From the Dark”, Reed played the lead role, under the stage name, Wyn Reed.

On July 26, 2016, Tucker Moore-Reed was manslaughter in connection with the shooting death of her 63-year old maternal uncle, Shane Patrick Moore at his home in Applegate, Oregon. She was indicted on charges of first and second-degree manslaughter in a grand jury on July 29, 2016. The charges claim that Reed caused Moore’s death by acting unlawfully and rashly, and under circumstances “manifesting extreme indifference to the value of the human life.” Later, she posted bail. Reed’s mother, Kelly Moore said her daughter acted in self-defense against her uncle, who had been threatening Reed and the family.

After she was assaulted in 2015 he was asked to stay away from her. As of September 5, 2018, according to Deputy District Attorney who is prosecuting the case with District Attorney Beth Heckert, based on “some new evidence”, Reed faces a new charge of murder atop felony counts of first and second-degree manslaughter of her uncle, Moore. Subsequently, as of January 2020, a new charge of supplying contraband and unlawfully possessing Heroin in Jail was faced by Reed. In May 2020, Reed pleaded guilty to a charge of second-degree manslaughter in the death of her uncle and was sentenced to six years, three months in prison. Other charges of first-degree manslaughter and second-degree murder were dropped as terms of the plea deal.