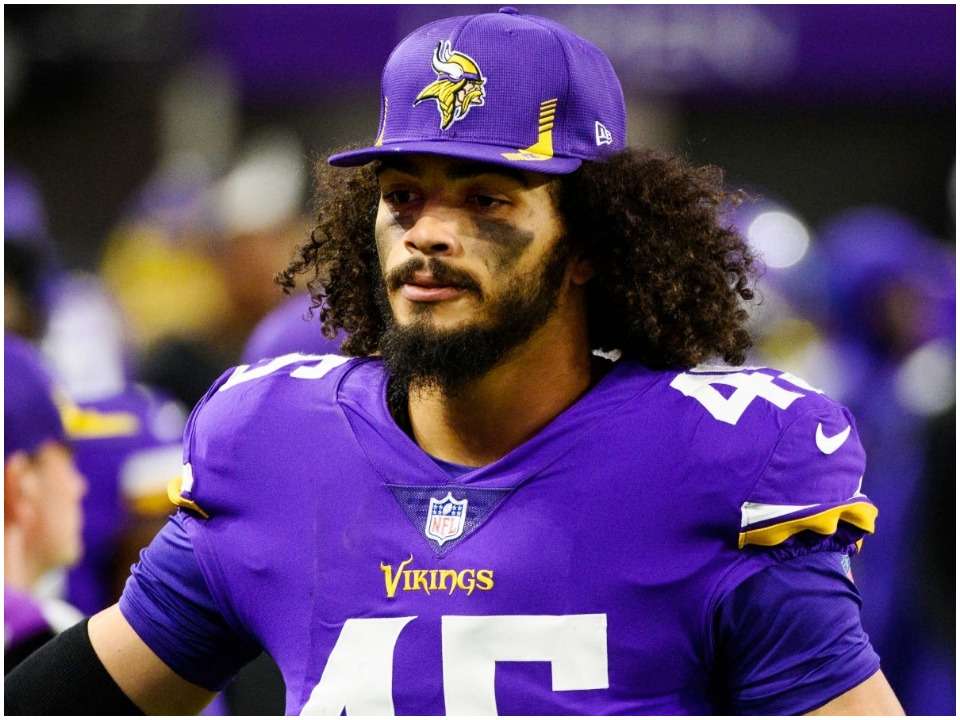 Troy Dye is a popular American Football player. He primarily plays in the position of line-backer for the Minnesota Vikings in the National Football league (NFL). Troy also led his team in Tackles for four consecutive seasons. He is one of the 3 defensive players that started the game for the Ducks the previous season. Therefore, his records are considered highly promising. He has made history as the only Oregon player with tackle numbers of five games in double-figure.

He created this record-breaking number in five impressively consecutive games. The previous record-holder was Mark Kearns who made it in 1987. Despite his efforts, Minnesota Vikings got eliminated from the postseason play on Jan 2, 2022. The Vikings are now 7-9 following a loss to the packers on week 17. They closed out their season on Sunday at home against Chicago 6-10, at noon.

Troy Dye was born on September 18th, 1996 and as of 2022, his age is 25 years. Troy spent his childhood in the streets of Norco, California and his parents are Danna Dye and Mark Dye. He has two brothers named Travis Dye and Tony Dye. Both became professional football players. Travis, current plays running back at Oregon. While, Tony plays free safety for the Cincinnati Bengals, as well as for Troy’s coach in Minnesota, and for coach Mike Zimmer. He went to The Norco High School in Norco, California, USA. He grew up playing safety in high school. In his senior year, he had a record of 105 tackles and 4 interceptions. For higher education, he went to the University of Oregon to play college football.

He began his professional career in football as a freshmen college student in 2016. When he was a four-year starter at Oregon University. He played nine out of 11 games with a finishing score of 92 tackles, 6.5 sacks, and 1 interception, which was a team-high score. In 2017, his sophomore year he started all 13 games, and led his team in tackles again, with a score of 107. Furthermore, he had 4 sacks and 1 interception.

Troy Dye is in a relationship with Oregon’s all-American sprinter, Makenzie Dunmore. The couple has a son together, who was born in April of 2020. The name and the birth date of their child haven’t been revealed yet.

Troy is a successful player in the Vikings, with a four-year contract deal in his pocket, earning him 4 million dollars. This led to a huge rise in his income. His estimated net worth is 5 million dollars.