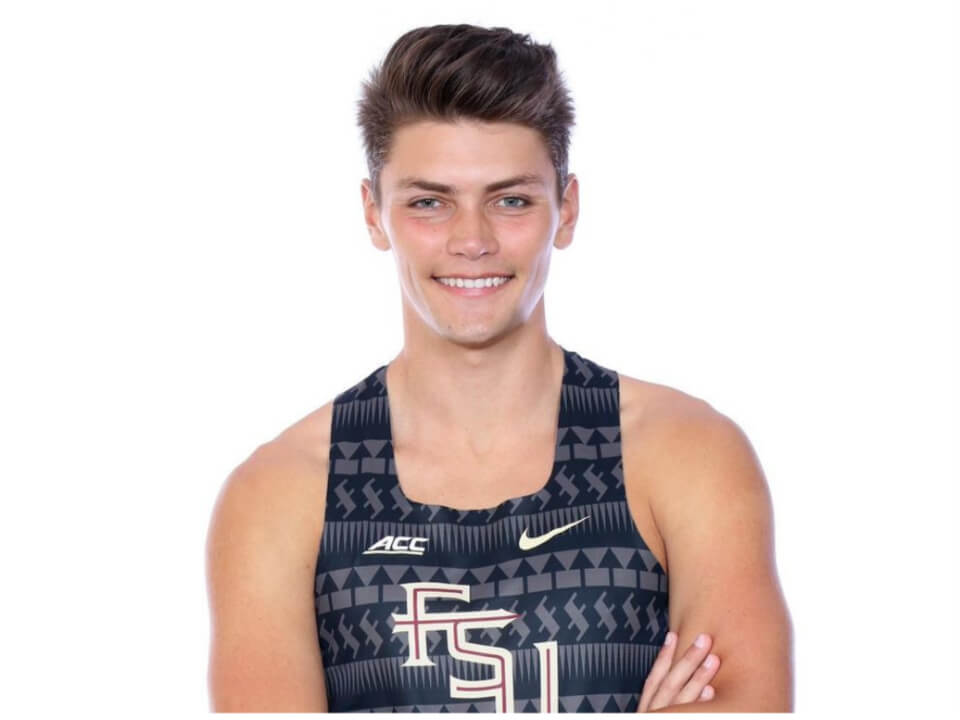 Trey Cunningham is an Olympic personality and has maintained his career with Florida State. He is a prominent personality who shows his performances at both indoor and outdoor track & field championships. Cunningham is one of the country’s best track and field athletes and that’s why his win was inevitable in the NCAA tournament.

Trey Cunningham was born on 26th August 1998 and was nurtured by his loving and caring parents named Brad and Shelly Cunningham. He spent his childhood along with his brother Brad as well as Susan in his hometown. Trey is an incredibly versatile performer who runs track & field in addition to long and triple jumps. He has also received the title of Alabama state champion for Winfield City High School and that is to be for 24 times. He is the kind of individual who has received the foremost 20 individual titles with the high school. Trey owns the personal bests of 6.78 (60m dash), 10.76 (100m), 13.35 (110 hurdles), 38.34 (300 hurdles), and 23-4 (long jump), among other events.

Trey signed to Florida State and broke his first world record U20 two times in the 2017 New Balance Indoor National Championship in the 60-meter hurdles. However, in the middle of his career, he was limited by his injuries because of which he was hurdled during the outdoor season. Despite playing indoor and outdoor track & field he has also played three years of basketball and two years of cross country. He has also received membership of the National Honor Society and has been studying his higher education majoring in public relations

Despite maintaining his career in track & field, Trey Cunningham has also managed to maintain his part-time career in teaching. For the initial five months of the year from January 2020 to May 2020, he was appointed as the teaching assistant based in Tallahassee, United States, Florida. Since May 2020, he is managing to work part-time with Hamilton, Alabama-based Tombigbee Electric Cooperative as a marketing and public relations coordinator. He has also worked as public relations intern with The Zimmerman Agency and Andrews Sports Medicine & Orthopaedic Center (which he is continuing since May 2020).

Trey received his sixth position at the NCAA Indoor Championships, making a record of running 7.74 in the 60-meter hurdles finals. He is also the achiever of ACC 60 hurdles finals and was also selected as the ACC Freshman of the Year for the second time in the season of 2018.

Trey received the honor of Track Performer of the Year and Scholar-Athlete of the Year and later made his personal-best achievements while being ranked in the top 60-meter hurdles nationally. He made his season-best while performing for the Tiger Paw Invitational, where he set the record time of 7.51 and made second-best, ACC, and FSU records.

First had the opening of the season with the Gamecock Opener where he had the timing records of 7.64 with the first of many 60H competitions. While performing at Tyson Invitational he won the 60H (7.55) and won the fourth straight ACC indoor track and field championships.

During the season 2022, he qualified for the NCAA Outdoor Championships where he had the personal best time of 13.07 (-1.5). With his achievements, performances, and hard work, he became the sixth-fastest human being in the world and made history to run 110m hurdles. During the season, he received the second-straight ACC title with 110 m hurdles and the best time of 13.16.

It is said that Trey Cunningham is in a relationship with his long-time partner named Jayla Kirkland, who is also a track runner. However, not much is known about Jayla. It is also said that Trey is gay who as per the speculations made by the public. But no incidence can prove the same.

It is for sure that Trey Cunningham is earning well because of his prize money and competition achievements. He has managed to receive various titles, accolades, and honors since the start of his career in 2018. Particularly in the year 2022, he has received various honors like 60m Hurdles National Champion, ACC Scholar-Athlete of the Year, and Golden Nole Award: Men’s MVP.