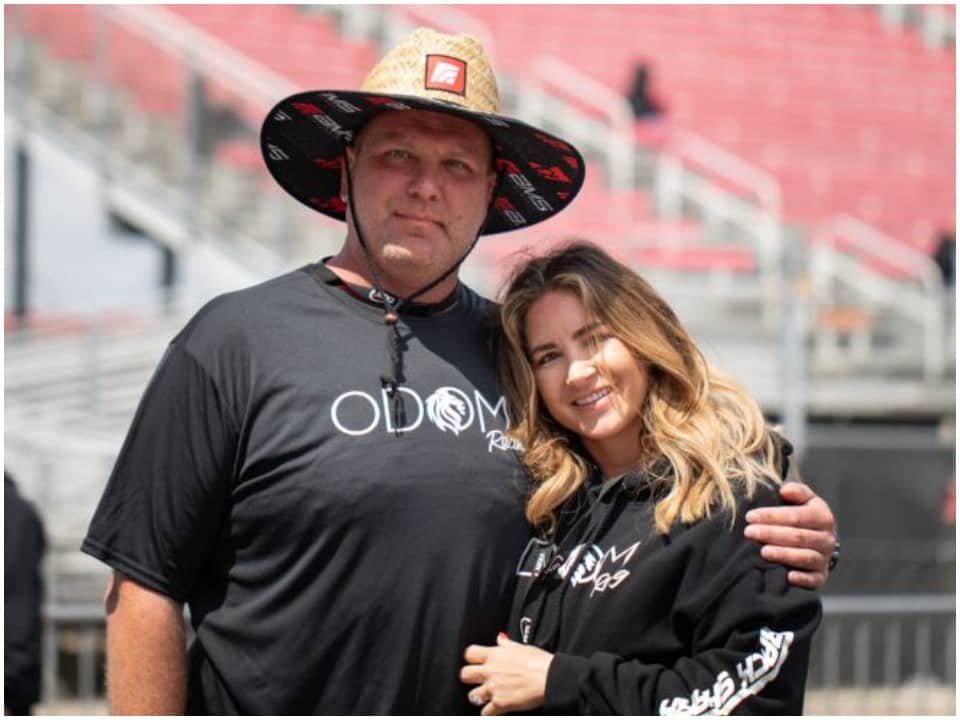 Trashelle Odom is the wife of John Odom who is a Trump donor and Construction Company executive. She alleged that former Trump aide Corey Lewandowski has accused her of unwanted sexual advances while abusing and molesting her inappropriately. After Trashelle Odom made the statement public, Lewandowski was removed from his position. She made the statement with an accusation against him on 29th September 2021.

Trashelle was born in 1989 as Trashelle Power and currently, she is 32 years old and living in Meridian, Idaho. As per the public records, Donald Power and Emily Power are her possible relative while her family lived in California as well as Idaho. She struggled quite a lot and faced a money crisis from childhood. She had so many dreams like what she wanted to be and also dreamt of having a car despite financial issues. As far as her occupation is concerned then she along with her husband manages a construction company and a family racing company named “Odom Racing”.

Trashelle and John tied the knot in 2017 and ever since they are living a happy married life. From this marriage, they are blessed with five children and she is proud of a mother. Trashelle said that their kids are everything to them, whatever they have is definitely wonderful. Apart from this, the Odom family owns a YouTube channel where they post content regarding their adventures and daily lifestyle.

The 32-year-old Odom has revealed that the incident took place when she was there at a charity event in Las Vegas on 26th September. She further confirmed that 48-year-old Lewandowski, who is married and having children “stalked” her at the event. The news has been affirmed by the political journalism company named “Politico” which has witnessed the statement firsthand. Trashelle said in a statement that when she was there at the event in Las Vegas, Nevada on the 26th of September, she was supposed to attend the dinner and was making quality time with her friends.

The moment when she come close to him, he repeatedly touched her while saying disgusting words and stalked her making her feel violated and fearful. She said that she came forward because she wanted him to be held accountable. Trashelle was blessed to have a loving husband and a family to look after her. She wanted other women to come forward and hear about him along with the terrible things he did to her at the event.

Lewandowski’s attorney told that statements often get mutated in minutes and they are looking forward not to honoring them for further responses. On the other hand, the former Trump campaign manager has been removed from his position. A spokesperson for Trump, Taylor Budowich told the media that Corey will be going to strive for the results and we are thankful for his services to us as he will no longer be a part of the Trump World. Trashelle Odom said that Corey Lewandowski touched her inappropriately on her leg and butt and told her that she owes nice ass.

He even threw a drink at her when she turned down. This all made her feel insecure and feared for her safety. Trashelle confirmed in her statement that the incident took place when she and her husband attended an event with Republican donors at the Westgate Las Vegas Resort & Casino’s Benihana restaurant on Sunday, 26th September 2021. She affirmed that she was sitting next to Lewandowski who attempted to describe his sexual appearances and showed her the keys to the hotel room. After that incident, he repeatedly spoke about sex while using swear words.

On the other hand, Odom’s attorney said that Mrs. Odom has stated that throughout dinner she was touched around 10 times and she felt so disgusted about being in the moment that she feared her liberty. He told that Mrs. Odom was pushed by her hand. Lewandowski tried to touch her leg and moved it away. He snatched her napkin that was there on her lap and tried to touch her leg and when she pulled her leg over the dress and moved his hand to cover her skin. He also touched her back where Odom tried to get away from the moment. The attorney described an area on the side of the butt where he was sore from a workout.

He demonstrated that Corey tried to touch her by there and the upper rear part of her body. Odom further made a statement that she left the room from where Lewandowski followed her and told her that she has got a nice ass and then threw a drink at her though it all landed on her shoes and dress. On the other hand, her attorney confirmed that Lewandowski has told her that she can destroy anyone and she is influential to that much capacity. Other attendees who appeared at the dinner said that Lewandowski appeared to be intoxicated and a photo reviewed by the news shows that Lewandowski has put his tongue sticking while being above Odom’s right shoulder.

She is enjoying and living her life to the fullest and got everything she ever aspired for in her childhood. She wasn’t born with money but now she is living a lavish lifestyle which we can see from her social media profiles. Although no evidence is available that could predict her net worth, we know for sure that it should be in multi-million.