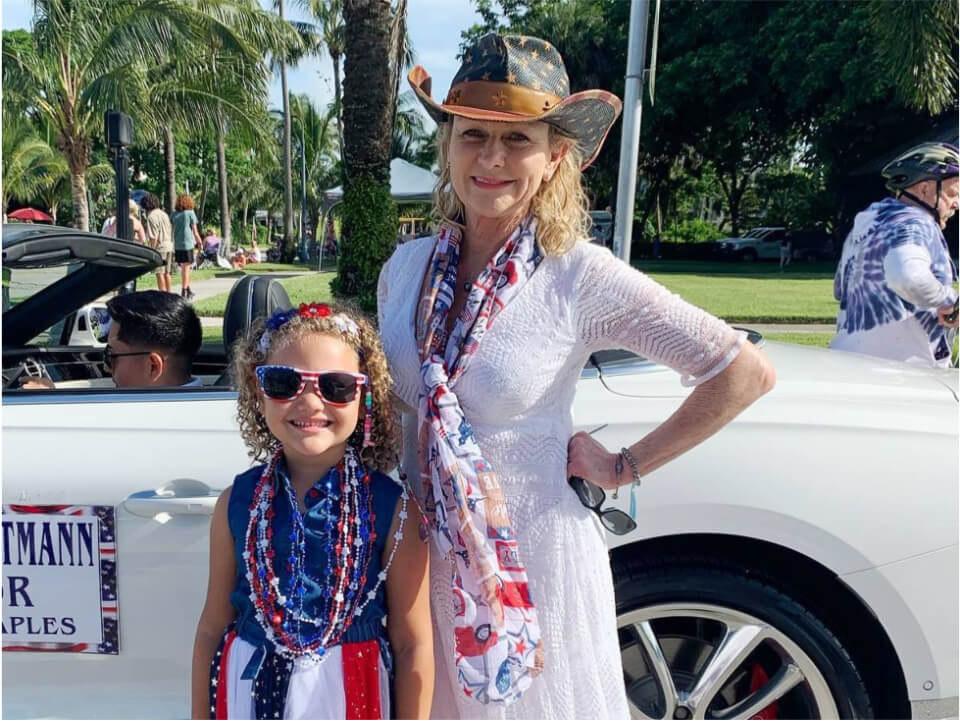 Teresa Heitmann is a Mayor of Naples, Florida, United States. She was elected Mayor of Naples in March of 2020 and remained a longtime community leader before her election as Mayor. She held various positions before becoming a Mayor. Teresa worked at various Naple-situated local organizations including the Collier County Juvenile Justice Committee, Drug-Free Collier, Civics in the Classroom Initiative, and others.

On 29 September 2022, Mayor Teresa Heitmann shared the news that her community is going through a powerful storm in Naples Pier. The community is not being supported by the basic necessities because of the storm. The public is not having good access to the nearby public beaches and it is posing danger because of the “down power lines”. Therefore, she pleaded to the public to stay safe and sound inside their homes and try to maintain harmony as much as possible.

As per the online records, Teresa was born in 1963 and grew up in Naples, Florida. There is no information available on Teresa Heitmann’s siblings, parents, and educational details. This is because she is held in the position of mayor and due to security issues no detail is revealed.

Teresa began her political career with the City in 2008, when she was elected to the Naples City Council. Later, she was re-elected for a second term in 2012 and served through 2016. During her tenure on Naples City Council, she is most proud of her membership with the Florida League of Cities, and her position as Chair of the Environmental and Energy Committee. She served in her position as Secretary of the Southwest Florida Regional Planning Council (SWFRPC).

In 2020, Mayor Heitmann ran a successful campaign with – Plans, Protects, and Preserves! The aim of the campaign was to protect the character and natural resources of Naples and sustain the natural beauty for the new generation to come. She worked on issues such as – water runoff, over-development, and adhering to the ethics and codes of conduct set forth by early Naples residents. She held the position of City representative for Collier County Public Schools and is also a graduate student of the Leadership Collier Foundation.

Teresa has chaired the Lake Park Walkathon and was the President of the board of Aqualane Shores. She is an active visionary and founding member of the Boys and Girls Club of Collier County. Prior to her public service, Mayor Teresa Heitmann’s expertise has been in marketing, purchasing, sales, and long-range planning for companies such as Lancôme and Revlon Cosmetics, the Body Shop, and Jarrod’s. She had worked in account executive roles with Lancôme and Revlon Inc. She was also an assistant to the Vice President and buyer for the retail company Body Shop and Jarrod’s.

She is currently leading the position of Mayor in Naples, Florida. As of 2022, Mayor Teresa Heitmann earned an estimated net worth of between $10 to $20 million.