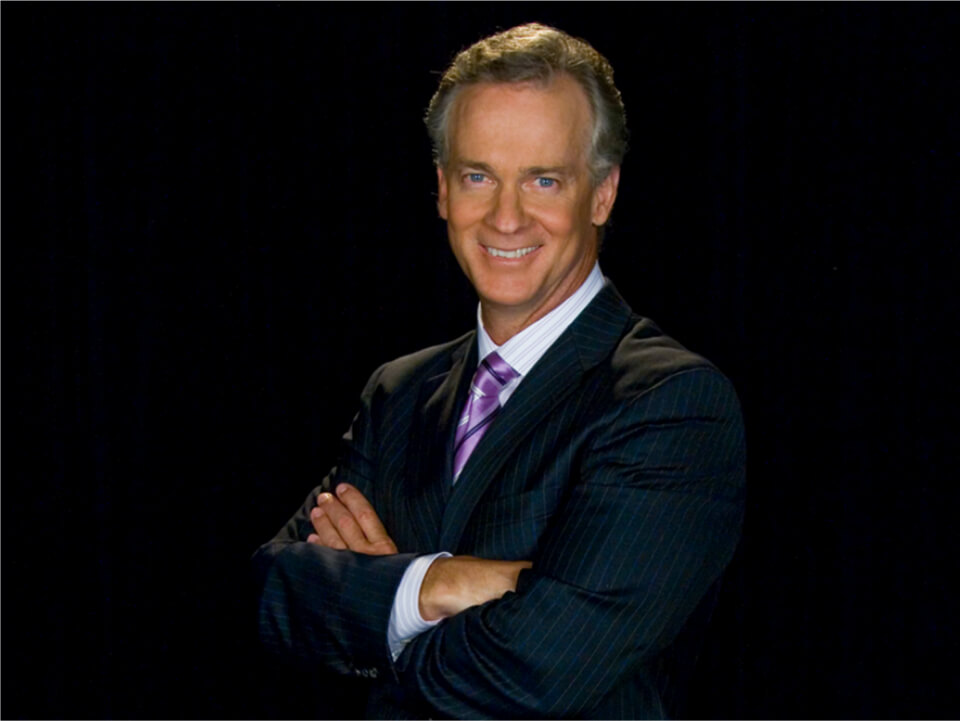 Trace Gallagher is an American personality, a famous journalist having at least 25 years of working experience with Fox News Channel (FNC), and is also famous as the television news anchor for FNC.

Gallagher was born on 10th September 1961 and was brought up in the ski resort town of Mammoth Lakes, California. He pursued his career as a quarterback for the Mammoth Huskies football team before finally graduating from high school in 1979. He is also a graduate student of the University of San Diego where he received his degree in the major subject of business. While pursuing his graduation, he also played football and committed to the Torero Football Team. He finished his graduation with B.A. in Business.

He currently serves as the chief breaking news correspondent for the Fox News channel (FNC). Trace joined the network back in 1996 and is working for a company based in Los Angeles. He also worked as a substitute co-anchor for the FNC for the morning news program America’s Newsroom. He has covered various big hits for the channel, nationwide breaking news, and the news that flourished throughout the world. Trace has worked on the breaking news of the Russian invasion in Ukraine, anchoring overnight for the special reports according to the demand of the situation. He also reported on the college admission scandals revealed by Operation Varsity Blues and had his major coverage regarding the murder of the famous and emerging journalist of the time, Jamal Khashoggi.

In his past experiences, he has worked on the various news covering the news of the shooting on Capitol Hill, the Washington Navy Yard Shooting, sexual harassment charges against the former mayor Bob Filner, the murder trial of George Zimmerman, the live news reporting on the birth of the price [Duke and Duchess of Cambridge’s first child His Royal Highness Prince George of Cambridge]. He worked and provided breaking news on the deadly coverage of the crash of Asiana flight 214 at San Francisco Airport (SFO), the bombing ion the Boston Marathon, and the shooting at Newtown Elementary School.

During his tenure at FNC, Trace covered the wide network of news all around the world, reporting on the multitude of stories, the ongoing conflicts in the Middle East, the tsunami in Tōhoku, Japan, and the death of Michael Jackson. He gave 5 years of his life while working as the co-anchor for the FNC and THe LIves Desk alongside his news partner Martha MacCallum.

On 1st February 2020, Trace’s LIve Desk was replaced with another program of another news reporter, America Live with Megyn Kelly but Trace Gallagher continued to produce his reports, anchoring and news reporting on the various Fox Programs. Before joining the FNC, he worked for various other news channels including WCPX-TV (CBS 6) in Orlando, FL, KYEL-TV (NBC 13) in Yuma, AZ, and KVBC-TV (NBC 3) in Las Vegas, NV, and KTVB-TV (NBC 7) in Boise, Idaho.

Trace Gallagher is living a happy married life with his only wife named Tracy Holmes Gallagher. The pair exchanged the ritual of marriage on 17th September 1994, making around 27 years of togetherness as of 2021. During the period of their marriage, the couple produced two daughters named Lila Gallagher and Evy Gallagher.

Trace Gallagher has been working with Fox News Channel since October 1996 and has more than 25 years of experience in the media and journalism industry. He has worked with other media companies also while hustling for his professional career. During the initial years of his professional life, he worked at various other media channels and gained so much fame with wealth. It is for sure that he possesses at least 30-35 years of experience in the media. Surely, he would be earning a good amount of income because of his only profession as a journalist and working capacity with various highly popular media companies. For the moment, Trace’s estimated net worth is somewhere around $5 million, which is enough to give him enough name and fame in the industry. Also, he is one of the most reputed personalities working for more than 20 years with Fox News Channel.