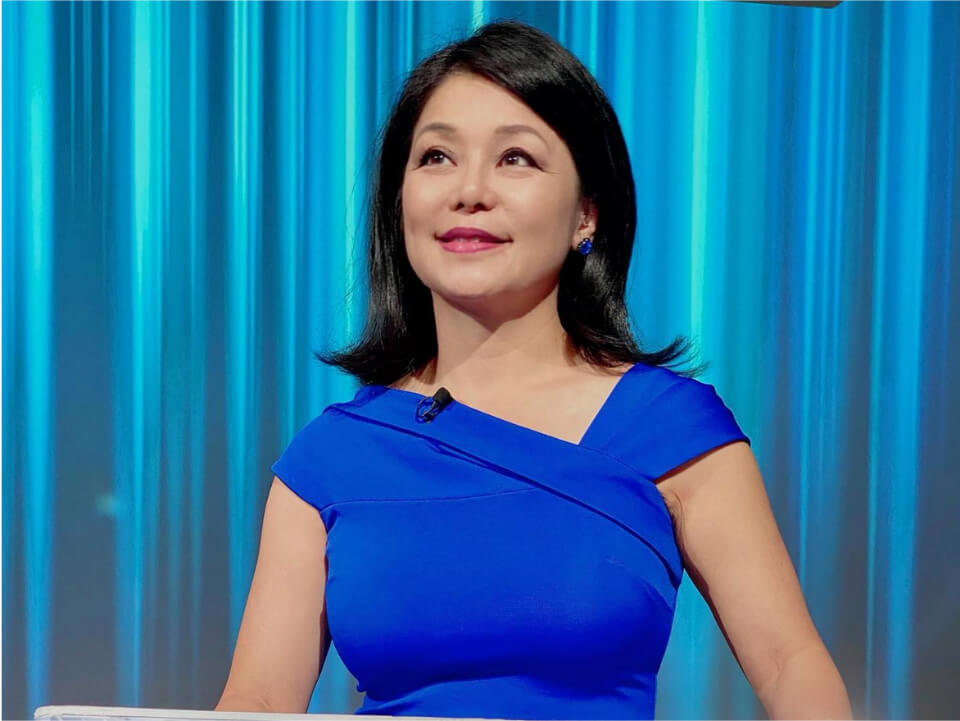 Janet Wu is an American personality, famously known as a journalist, TV presenter, teacher, wife, and mother of two kids. Until 2015, she worked with the channel WHDH-TV (Channel 7), where she gave around 18 years of her life while working as an assignment reporter and fill-in presenter. WHDH-TV is NBC’s Boston affiliate channel, where she began working in the early months of 1997.

Janet Wu in her forties was born in Texas and was nurtured in Miami, Florida. She is the recipient of a bachelor’s degree which she received in psychology and philosophy. Janet began studying at Yale University and later at Columbia University Graduate School of Journalism. She has also received her masters in M.S. Journalism and International Affairs. It is also said that she has earned another master’s degree in literature and creative writing from the Harvard Extension School.

Most recently, Janet Wu is working as an anchor, reporter, and journalist for Bloomberg, based in Boston, where she works on taking interviews with various high-profile personalities, entrepreneurs, business leaders, investors, and others. She has worked on various Op-Eds and essays which all have been published on the media websites like The New York Times, Boston Magazine, The Boston Globe, and the Norton Sampler of Essays. She is a multi-talented personality who has developed herself into a journalist and anchor and has received her education from well-reputed international universities.

Besides having her hands in a few designations and media profiles, she is also working as the founding member of SheGives, a philanthropic fund created by women. She is also an active member of the Advisory Boards of the New England Conservatory of Music, Franciscan Children’s Hospital, and the Max Warburg Courage Curriculum. In 2015, she earned the title of Leading Woman of the Year by 2015 New England Girls Scouts and delivered a TEDXCambridge talk on resilience. She has traveled to a total of 87 countries in the wake of her reporting, live shooting, and other media-related work out of which she has traveled to almost 38 countries alone. In her spare time, she loves to play the piano and cello.

According to her LinkedIn profile, she joined WHDH-TV in 1997 and worked until 2015. Previous to her position at WHDH-TV, she worked as a morning reporter/anchor at KIRO TV for one year from 1995 to 1996. She also worked as a weekend presenter and reporter at KGMB in Honolulu, Hawaii. Despite maintaining her career in media, she had one of her cameo appearances in the film Free Willy 2: The Adventure Home. During her college years, she worked for the channel WFSB in Hartford, Connecticut. She has also worked as a published essayist and op-ed contributor. She is a kind of personality who knows various languages like English, Mandarin Chinese, Spanish, and others.

Janet wrote one of her essays on “Homeward Bound” which was published in The New York Times and also appeared on other websites like The Norton Sampler and Evergreen: A Guide to Writing with Readings. In June 2012, she wrote an essay with the title “Marina Keegan and the gift of time”, which was published in the Boston Globe, and had the reflection on the ultimate tragic death of 2012 Yale Graduate Marina Keegan. She left her job at WHDH-TV to maintain her career with charity work and teach at Emerson College in November 2015. In the early months of the year 2018, she took her job with Bloomberg as an anchor and reporter.

There is not much known about the private life of Janet Wu. However, one thing is sure she is living a happily married life with her only husband Adams P. Carroll. During the period of their marriage, the couple raised two children Quincy Carroll and Bailey Carroll.

Janet Wu hails a long experience of around 27 years in the field of journalism. It is for sure that she must be earning a good amount with an estimated net worth of around 5% million. She gave 18 years of her life to WHDH-TV where she got a job as a reporter during the initial years of her hustle for a professional career.