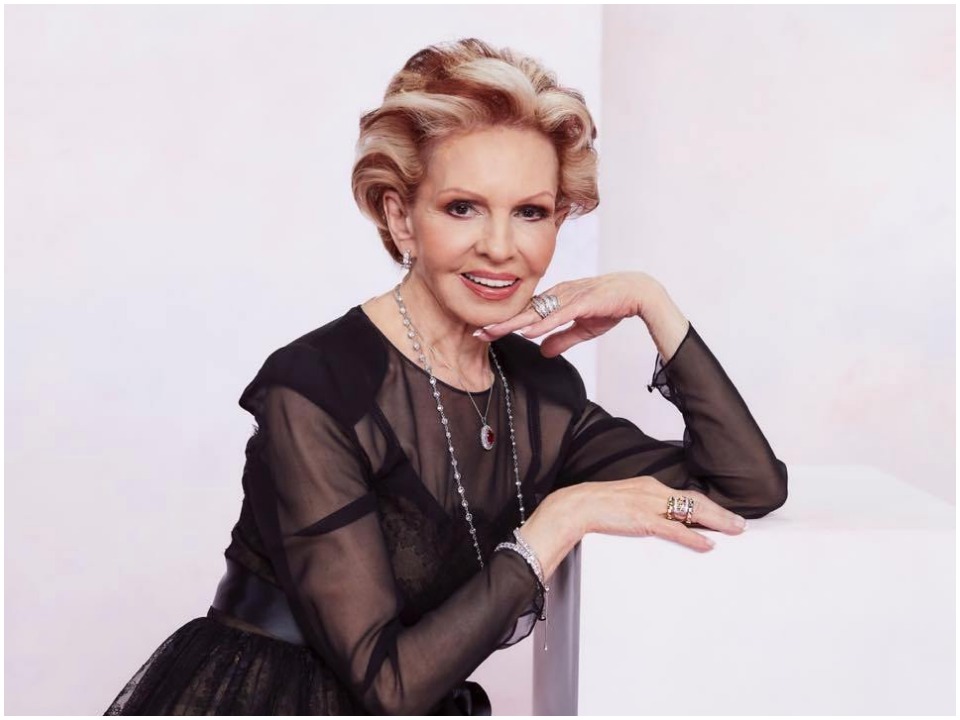 Tova Borgnine was a well-known Norwegian-American Businesswoman. She was the founder of Beauty by Tova cosmetics and fragrances like Tova Signature. Her fragrance was nominated for the 2008 Fragrance Hall of the Fame FiFi Award. On 26th February 2022, she passed away as the news about her death was disclosed by her team.

Tova Borgnine was born on 17th November 1941 in Oslo, Norway. The information about her parents and siblings has not been shared with the media yet. At the age of 8, she moved to the United States with her mother after her parents separated. Tova completed her high school education but the details about the same have not been shared with the media yet. Further for her higher studies she went to Manhattan and studied acting. Later she found interest in applying make-up.

Tova started her career by getting a divorce from Louis and she moved to Las Vegas. She opened a make-up center. In Las Vegas, she learned about cactus-based face cream from a Mexican family and gave a worldwide distribution right. It became very popular and revenues also kept on increasing. Since 1983 she released a perfume titled Tova Signature and was sold on QVC. By 1987 she had 65 skincare products and 80 employees.  In 2001 QVC was their biggest fragrance vendor. By 2008 Tova Signature was the top-selling perfume.

In June 2009 she was honored with the Retailer of the Year award from the fragrance foundation for her innovative use of direct marketing to sell her products and for her longevity in the Fragrance industry. Along with that, she has also been invited to many TV shows or documentaries. She was seen at The Mike Douglas Show, The 3rd Annual Television Academy Hall of Fame Award, The 33rd Annual Thalians Ball, The Joan Rivers Show, Ernest Borgnine on the Bus, and other shows.

In 1965 she was married to Louis A. Littleton. Louis was a businessman from New Jersey. After being together for seven years they got a divorce in 1972. She has a son with him about whom the details have not been disclosed. On 24th February 1973, she married Ernest Borgnine. Ernest was a well-known American actor. Their marriage lasted till 2012 as Ernest passed away at the age of 95. He passed away due to Kidney failure on 8th July 2012 at Cedars Sinai Medical Center, Los Angles, California.

On 26th February 2022 at the age of 80 years, she passed away. The news of her death was announced by her team through her social media channels. Her team shared a little about her career and expressed her journey and also wrote a thoughtful and emotional goodbye letter.

In her past years, she kept fighting with cancer and had some minor illnesses that led to health problems. On 21st November 2021, she mentioned catching the weather flu. The real cause of death has still not been disclosed. Her fans are deeply shocked and sad with the news and are praying for her soul.

Tova Borgnine has earned a lot by selling skincare and fragrance products. She released a cactus-based face cream and in 1981 the revenue of the company was nearly $2 million. In 2001 QVC bought the Tova brand for a seven-figure sum. According to sources her net worth was estimated at around $25 million.