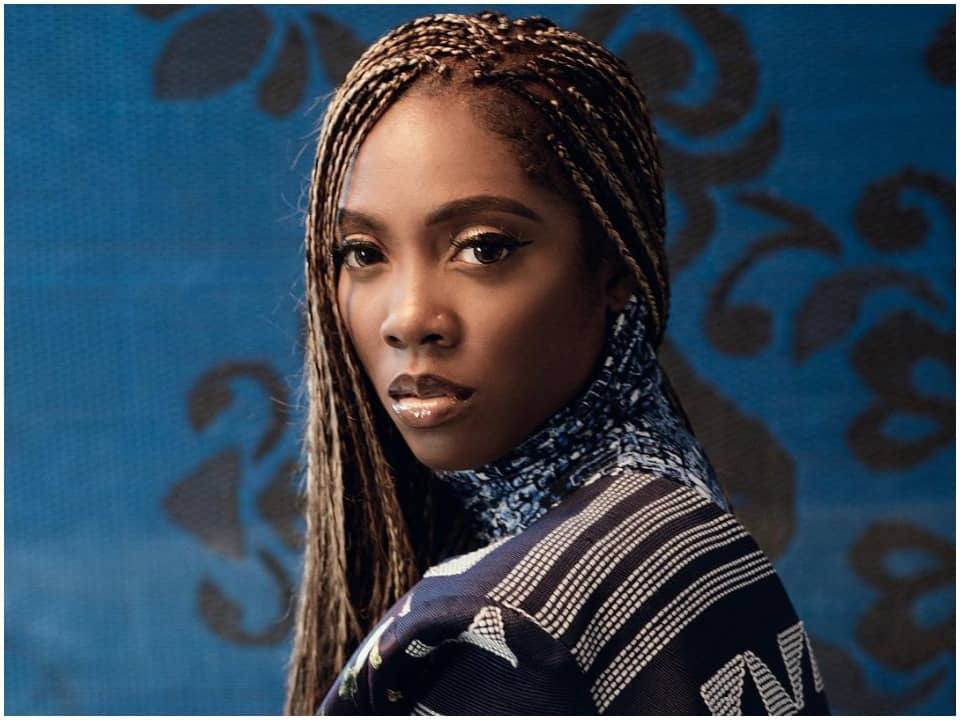 Tiwatope Savage is a Nigerian singer, composer, and actor. Tiwa Savage is a stunning performer who never fails to delight her audience. She has all of the characteristics of a celebrity, including stage presence, charisma, and an angelic voice.

Tiwa Savage was born in Isale Eko, the capital of Lagos State, Nigeria, on February 5, 1980. She subsequently moved to London for her secondary studies when she was 11 years old. Tiwa Savage’s parents reared her in a multicultural environment. Her mother Cecilia Savage and her father went to London when she was eleven years old. Tiwa’s father died on July 19, 2021, after a long battle with an unidentified disease. Tiwa was a trombone player for her school’s orchestra band when she was in high school. Quickly after finisher graduation from the University of Kent with a degree in accountancy, she started working at The Royal Bank of Scotland.

At the age of 16, she provided backup vocals for English artist George Michael, as well as lending vocals to Mary J. Blige, Chaka Khan, Blu Cantrell, Emma Bunton, Kelly Clarkson, Andrea Bocelli, and Ms. Dynamite. In 2007, Savage graduated from Berklee College of Music with a degree in professional music. She stated she was inspired by the younger kids’ energy and commitment while reminiscing about her time there. She also stated that she required the school’s environment.

Once Upon a Time, Tiwa Savage’s debut studio album was released on July 3, 2013. “Kele Kele Love,” “Love Me (3x),” “Without My Heart,” “Ife Wa Gbona,” “Folarin,” “Olorun Mi,” and “Eminado” were among the singles that accompanied it. The album received nominations for Best Album of the Year and Best R&B/Pop Album at the 2014 Nigeria Entertainment Awards, as well as Best R&B/Pop Album at The Headies. R.E.D, Tiwa Savage’s second studio album, was released on December 19, 2015. The singles “My Darlin” and “Standing Ovation” were released. Tiwa inked a management and publishing deal with Jayz Roc Nation in June 2016.

Sugarcane, her debut EP, was released in September 2017. Tiwa became the first woman to win the Best African Act award at the 2018 MTV Europe Music Awards in November 2018. She revealed her record agreement with Universal Music Group in May 2019 and discreetly departed Mavin Records. Tiwa Savage has received numerous accolades for her services to the Nigerian music business. Tiwa has been in a few foreign programs and is a brand ambassador for Nestle Maggi chicken cubes, Forte Oil, Pepsi, and Konga, among others.

She disclosed during an interview with American OAP Angie Martinez of Power 105.1, that some unknown person is blackmailing her and threatened to release a sex tape featuring her and her current lover. The blackmailer wanted money from the Koroba singer in order for her not to release the sex tape, but she refused to pay the money. A sex clip was just uploaded to the internet a few hours ago.

While the face of the male in the video is obscured, the lady in the video has a strong resemblance to Tiwa Savage. As the video has gone viral, individuals on various social media sites have resorted to their accounts to express their thoughts on the situation. Most of the remarks have come from Twitter, where the sonorous singer is currently trending as number one. Over 61,000 tweets have been sent about the topic thus far.

Savage married Tunji “Tee Billz” Balogun on November 23, 2013, in a traditional ceremony at the Ark in Lekki. The couple married in a white ceremony at the Armani Hotel in Dubai on April 26, 2014. On January 1, 2015, Savage and Balogun announced that they were expecting their first child together. Six months later, Savage gave birth to their child. On April 28, 2016, Balogun accused his wife of infidelity and his mother-in-law of witchcraft. Savage addressed her husband’s lengthy social media remarks about their marriage in a 45-minute interview with This Day newspaper and Pulse Nigeria.

She refuted her husband’s charges of infidelity, accusing him of financial irresponsibility, drug addiction, and abandonment. Tiwa stated that she and he were no longer married and started dating again recently, but she hasn’t divulged who it is. “He’s someone I’ve been thinking about for a month. He’s a nice guy who is always willing to help “she stated He isn’t in the entertainment industry, she also stated.

Tiwa Savage has a net worth of $5 billion dollars, making her the wealthiest female musician in Nigeria and probably Africa. She has earned all this income from her acting career. She lives a very luxurious lifestyle and has every facility which is required. Tiwa has worked on youth empowerment and breast cancer screening projects in Nigeria, as well as raising funding for school construction.