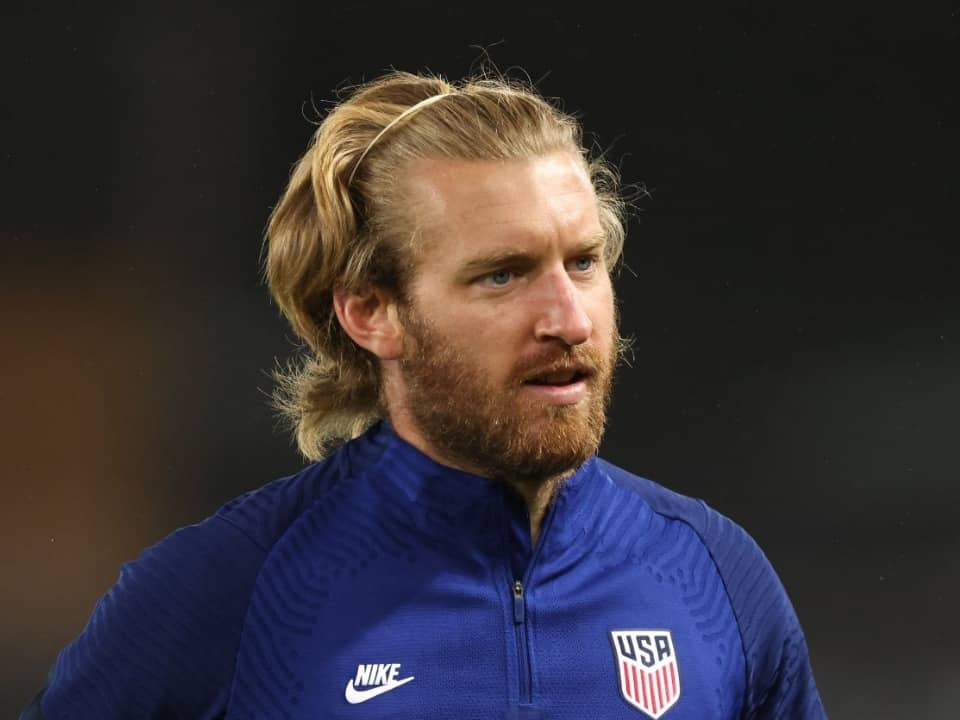 Tim Ream is an American professional soccer player who now plays for Fulham in the Championship and for the US national team. He was intrigued by football since early childhood and always dreamed of playing in Premiere League.

Tim was born on 5th October 1987 in St. Louis, Missouri, united states. His father’s name and mother’s name are not available online and also, no information about his siblings is revealed publicly. He graduated from the University of St. Louis in the United States after attending St. Dominic High School. While in high school, he was named Player of the Year in 2004 and 2005. During his stay at Saint Louis University, the American international was also named to the NSCAA First-Team All-Region and Second-Team All-Conference teams. Most people are unaware that Tim also played for the Chicago Fire Premier in the USL Premier Development League, which aided his development

Tim Ream began his professional football career in 2010 with the New York Red Bulls of the National Football League. On March 20, 2010, he made his professional club debut, starting in a 3–1 triumph over Santos FC. He scored his first professional goal against the Colorado Rapids on September 11, 2010, while playing as a Centre defense. In 2010, he was voted the team’s Defender of the Year. He spent a season with the club, appearing in 58 games and scoring one goal, before moving to England in 2011. On January 26, 2012, he signed a three-and-a-half-year contract with English club Bolton Wanderers, wearing the number 32 jersey. On February 18, 2011, he made his professional debut for the club, and the following week he made his Premier League debut against Chelsea.

The following season, his team failed to avoid relegation. He was given the number 5 jersey, which was previously worn by Gary Cahill, at the start of the 2012-13 season. He was with the club for three years, appearing in 114 games, before signing a four-year agreement with Fulham on August 20, 2015, for an unknown amount. On August 29, 2015, he made his professional debut for Fulham in a 3–1 win over Rother ham United, and on October 1, 2016, he scored his first goal for the club against Queens Park Rangers. He continues to wear the number 13 shirt for the club. On November 17, 2010, he made his international debut for his country, the United States, in a friendly match against South Africa. He has over 27 caps for his country, scoring a solitary goal in a friendly against Puerto Rico on May 22, 2016.

Tim Ream is married; he married Kristen Sapienza, his long-time girlfriend, in January 2012. He was supposed to go on honeymoon in Tahiti with his wife, but it was postponed due to his move to Fulham in 2015. The couple has a son together, and according to his tweet, they are expecting another child shortly. He has verified an account on Instagram with 7736 followers and 47 following. Tim posts quite less on Instagram as compared to other players which why he has 20 posts on Instagram. He also has a verified Twitter account with 10.1 K followers.

Tim Ream’s total net worth in 2017 was estimated to be $5.2 million, which includes all of his assets. His current club Fulham FC pays him a salary of $1.8 million each year. He also makes money from sponsorships and endorsements. His current market worth is $3 million, with his maximum value recorded in 2012 at $5 million.