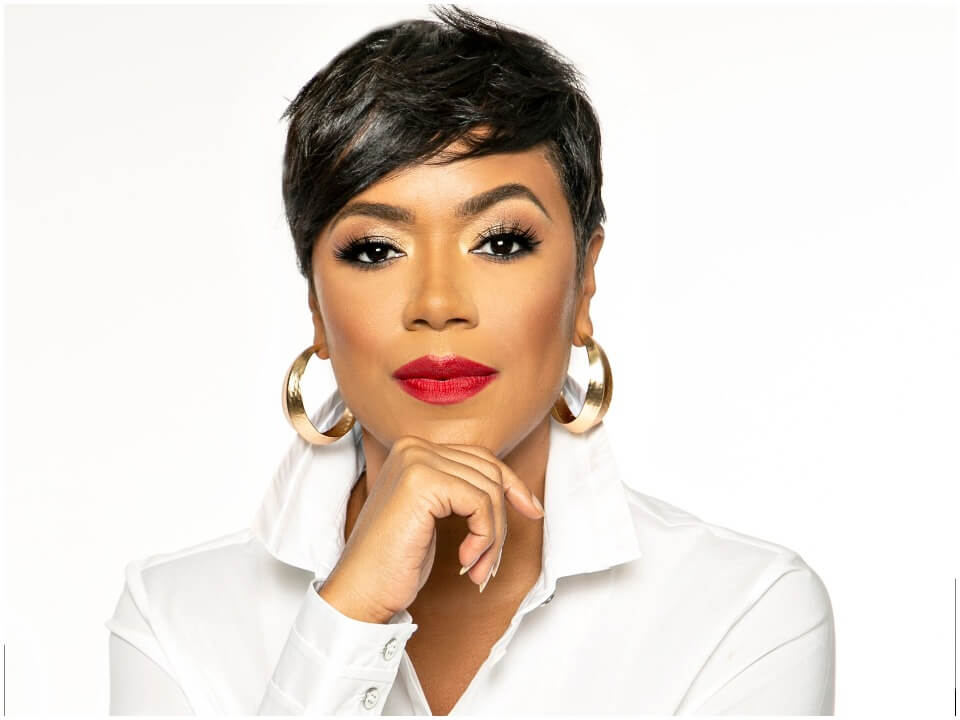 Tiffany Cross is a well-known American journalist, television host, political critique, analyst, and author. She is currently associated with the MSNBC channel and regularly hosts the show “The cross-connection” every Saturday.

Tiffany Cross was born on 6th February 1979 in Cleveland, Ohio, USA. She is a Christian African American and holds American nationality. Tiffany grew up with her family in Cleveland and later shifted to Atlanta, Georgia, and is currently settled in Washington DC with her family. Tiffany has not revealed much about her early education but it is believed that she completed her elementary and secondary education in Cleveland and graduated from high school in Atlanta. She decided to pursue her career as a journalist and thus went on to study Mass communication at Clark Atlanta University. She graduated with a degree in Mass Communication with an emphasis on radio, television, and film.

Talking about the start of her journalism career then she worked as a reporter at Atlanta’s radio station during her initial phase. Her main career as a journalist finally commenced when she stepped up on the CNN network and worked as an associate producer in the early 2000s. She worked with CNN till 2002 and went on to join the show America’s Most Wanted as a Producer till 2005. She became the Director of communication for Brilliant Corners Research and Strategies in 2007 and continued till 2009. Meanwhile, in 2008, she started working for BET networks as bureau chief from Washington DC and as Liaison to Obama Administration till 2011.

In 2016, she Co-founded The Beat DC, a political platform that intersects politics, policy, and people of color. She worked there till 2019 as a managing director and left to become a resident fellow at Harvard Kennedy school’s institute of politics.  She joined the institute in 2019 and completed her term in Dec 2020. After completing her residency, she joined the MSNBC channel. She started appearing regularly in the show AM Joy with Joy Reid and currently hosts her show “The Cross Connection” on Saturdays. She is also an author and has written various books on Politics, black minorities, and rights, etc. Recently, she published her book, “Say it out louder: Black voters” in July 2020. Her other works include “Our Voice” and “The Shaping of American Democracy”.

Tiffany Cross worked as senior advisor for the Minority community and worked towards organizing and partnerships for National Education Association in 2011. Tiffany continued with the organization till 2016. She has also previously volunteered for various causes like back in 2006, she was a volunteer for Calvary women’s services. It is an organization that provides housing, health, education, and employment to empower homeless women in Washington DC. She is currently working with the same organization as a coordinator for providing education.

Tiffany is highly active on social media platforms. On her Instagram account, she currently has a total of 67k followers where she likes to post daily news updates, clips of her discussions on various topics, live discussions on political issues, snippets of her show on MSNBC, etc. she holds various campaigns on her accounts and also voices opinions of people. She currently has 844 posts on her Instagram. Tiffany is also on Twitter since 2010 and currently has a total of 248k followers. She also has a Facebook page with a reach of 23,755 people.

Tiffany Cross is working relentlessly in the profession of Journalism since the early 2000s and since then she has constantly been working in the field. She has been a successful journalist with a wide reach and also a successful author. She has sourced most of her income majorly from her journalist profession and the income from royalties from her books add on to it. her estimated net worth as of 2021 is estimated around $1.1 million.