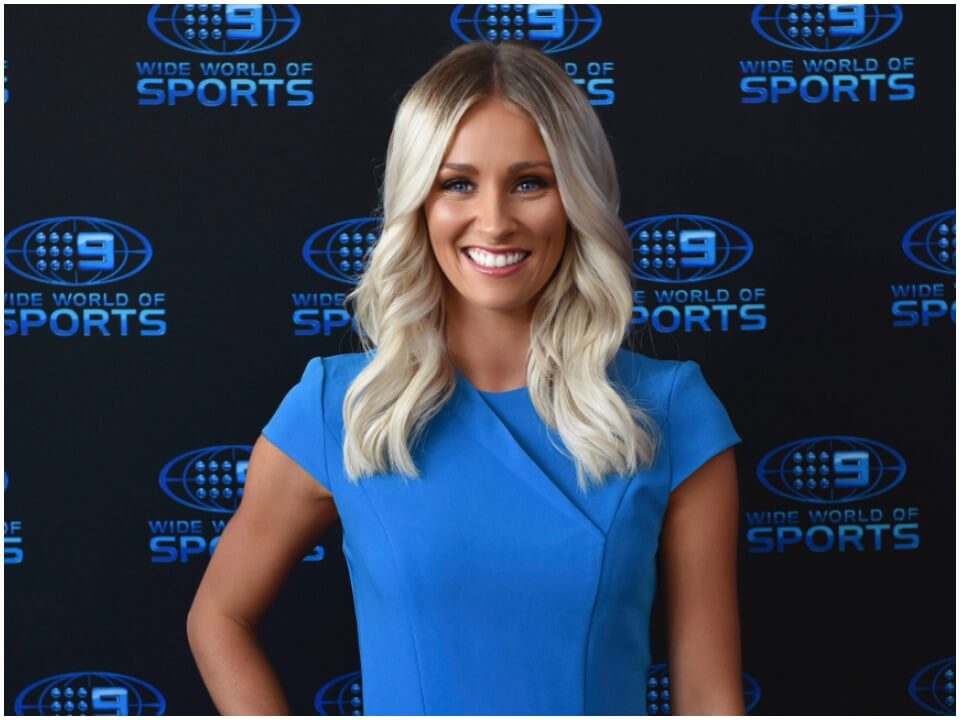 Allana Ferguson is a passionate Australian journalist, TV host, panelist, and sports commentator. Apart from that, she remained a very good rugby player as well. Her journey from sports to journalism is somewhat we can say spectacular and she is well-known for her speeches and observations. People can sense her wonderful energy because of her excitement and spirit.

Allana was born to Nina and Bret Ferguson as their first child on 21st May 1993, in Sutherland Shire, Australia. Her three older brothers all play rugby for the team. She’d always wanted to play rugby, and she’d been determined to do so since she was a child. Her pastimes included rugby, sports television, and travel. Allana is known to have completed her high school at a local school in Australia. As she started her national career in her teen years, she is not known to have attended any Universities. She has not revealed much about her qualifications and educational background but it is known that she has acquired the necessary qualification to become a Physical Education teacher.

After watching her older brothers play rugby, she became interested in the sport. Although, it was quite difficult for her to convince her parents to let her play rugby. However, after seeing her spectacular performance in the game, they agreed to let her pursue her dream. Allana immediately joined the girls’ team, then went on to the boys’ games when she reached 12. She was a member of the top Jillaroos, Australia’s women’s national rugby league team, in 2013 and also competed in Rugby Sevens for the country. She realized a childhood dream when she got a contract with the Cronulla Sharks.

Allana chose to combine a career in education with a professional career in the National Rugby League (NRL) in order to inspire the youth in her community. She went on to serve as a fully trained Physical Education teacher at Woolooware High School in Sydney. Unfortunately, the superb rugby player suffered consecutive knee injuries at the ages of 15 and 17, as well as subsequently at the age of 20. Because of the most recent accident, she was forced to retire as a player. The surgeons who performed the operation said they would not be able to fix her joint if a similar situation arose again.

When Allana realized she would no longer be able to play, she was disappointed, but she immediately recovered and channeled her positive energy into a new career in the media. On a regular basis, she has been a panelist on her favorite show. Two of her childhood heroes, Joe Jones, and Freddy Fittler, appeared on the Nine Network’s Sunday Footy Show. At all times, I’m involved in the community. Allana is an ambassador for the Fred Hollows Foundation, a non-profit dedicated to the treatment and prevention of blindness and other ophthalmological issues.

Under the account @allanaferg_, Allana Ferguson has 82.5K followers and 2,139 followings on Instagram, with 1,401 posts in total. She primarily used Instagram to share some of her day-to-day recollections as well as gorgeous photographs of her baby.

Allana is currently married to Guy McDermott, who works as a high school teacher. The two had their first child in 2019 a daughter and they named her Parker. She had been battling infertility and the couple had a hard time conceiving a child. They succeeded after trying out IVF. The couple is known to be Harry Potter fans and both belong to the Gryffindor house.

Allana has an estimated net worth of $800,000, which she has amassed exclusively via her work as a journalist, sports commentator, and rugby player. She is completely focused on her work and objectives. She may be seen working on her dream all the time in order to make it a reality.