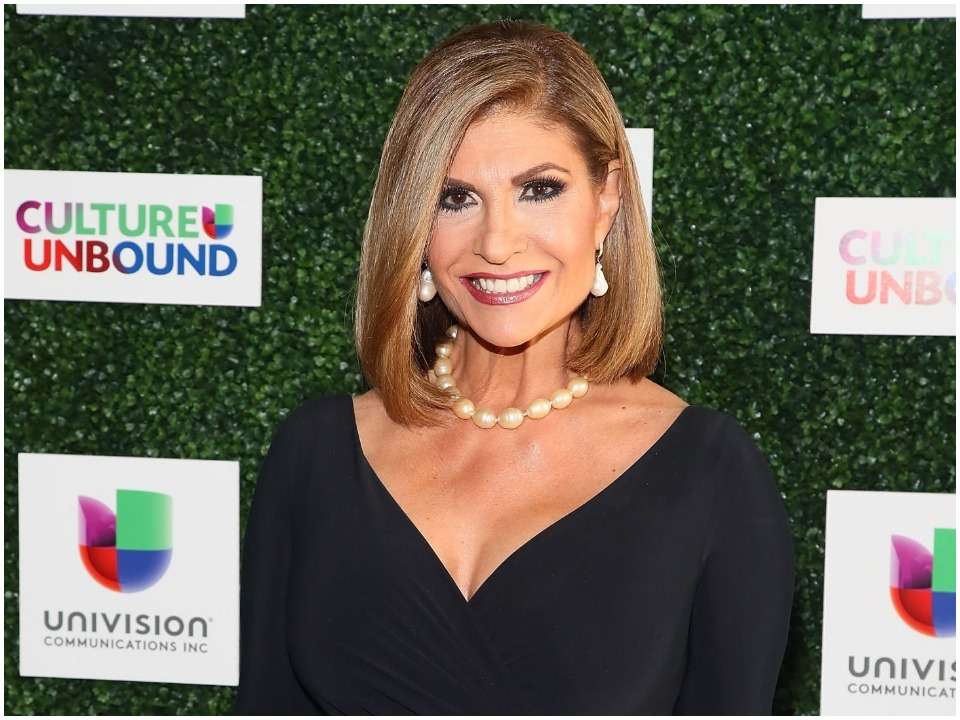 Teresa Rodriguez is an American personality who is a journalist by profession. She is an anchor at Univision and co-host of Aqui y Ahora. She has got American nationality and she follows Christianity while her ethnicity is white.

Teresa Rodriguez was born on 26th February 1962 in Metro Miami, Florida, United States. As of 2021, Teresa’s age is 59 years old. Teresa belongs to the Miami-Fort Lauderdale Area. Her mother’s name is TBA and her father is named Felix. Teresa was brought up by her parents in the United States. She has completed her bachelor of science (B.S) in Economics/Marketing from Barry University.

Teresa Rodriguez co-authored the most popular topic of the time, The Daughters of Juárez: A True Story of Serial Murder South of the Border- the story which haunted the United States for at least a decade. She worked on unveiling the unsolved investigation and the death of nearly 5400 Mexican girls and women. Teresa Rodriguez hosted “America through Spanish Eyes” – the program which aimed at creating awareness about the problems affecting Hispanics in the US. The program came to be award-winning in terms of her performance and the work of the whole team. She is 15 times Emmy Award winner who created history in 1982 while being the first woman to anchor a prime-time evening newscast on Spanish-language television.

While being an anchor for Univision, she covered historic events like the 1984 presidential election, Pope John Paul II’s visit to the United States, and many more. When she was working with Aqui y Ahora, she interviewed many politicians and celebrities and pursued a variety of hard-hitting topics. Teresa became the best-selling author of the book- “The Daughters of Juarez: A True Story of Serial Murder South of the Border,” which was based on more than a decade of investigation on abduction, rape, and murder of almost hundreds of women in Juarez, Mexico.

Teresa Rodriguez is married to Tony Oquendo. The pair shares two children. They dated each other for a period before getting married. Also, Teresa lost her husband at the age of 45. In one of her interviews with AARP, Teresa has expressed her grief at the loss of her husband’s life and the awful permanence of his absence. The reality of her husband’s death did not hit Teresa’s mind until six weeks. At the office of grief specialist, she was once stuck in a situation where she had to tick one of the three options from married, widowed, or single. This question hit the mind of Teresa and made her get filled with grief in the absence of her husband. She was amazed at the irony of life and thought of “married” first and then “widowed”.

Teresa shares two children with her husband Tony Oquendo. He was an executive at Univision. His cause of death was his fatal heart attack at the age of 54 leaving everyone confused and of course, Tony and his wife with terrible pain.  Teresa had to deal with unexpected things while becoming a young widowed woman. She had to come across many events that questioned her identity as a widow. She used to tell everyone that she and her husband used to complement each other at work. He used to work in production and she, being talented, used to work in front of the cameras. He was the man who used to understand the demands of her time.

The loss of her husband’s life was doubly hard because she used to rely on her husband for her children, for the support of both professional and personal life. Teresa had to deal with the grief but also with the double role of being father and mother for her children. Teresa lost her husband when both of her sons- Victor (then 15) and Julian (then 10)- were dependent on her for their necessities. She had to go through many house chores, spend hours sorting the things for both of her children, and even had to postpone her business trips to stay home for better days of care with her children. Losing a husband was like a life lesson for Teresa. She had to deal with the unexpected things in her life.

Despite all the flares in her life, Teresa has worked hard to earn a better lifestyle for herself and her children. Teresa has made a net worth of around $5 million. She has attracted good fortune in terms of being a lady with a supportive team both on-camera and off-camera, especially in the absence of her husband.