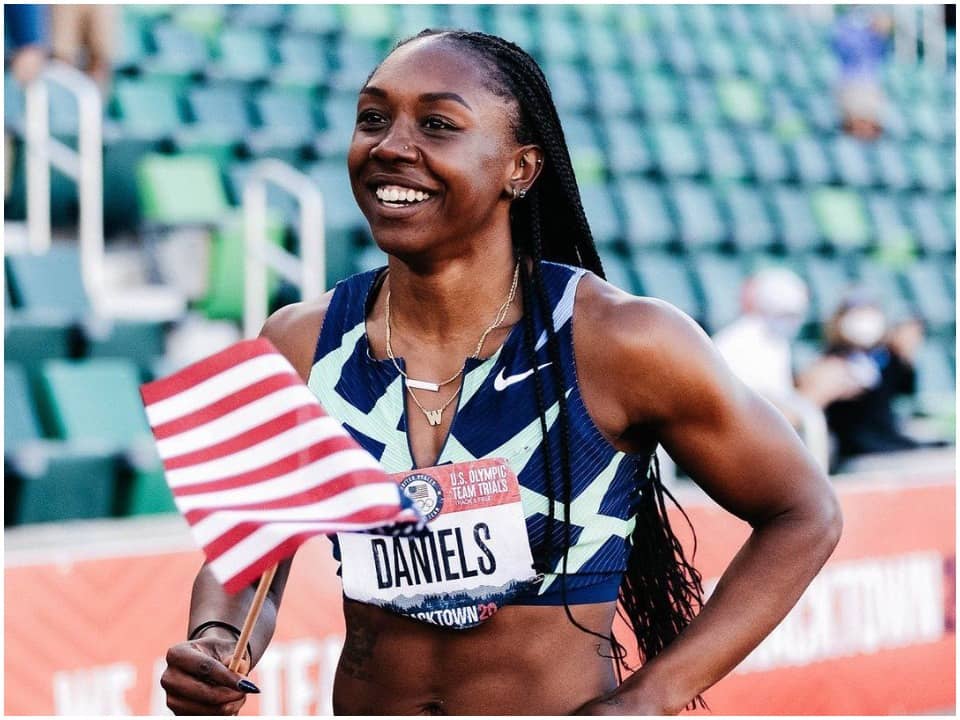 Teahna Daniels is an American Professional Track and Field player. She participated in events of Sprinting and her coach is Edrick Floreal. In high school, she was a three-time varsity letter winner and four times FHSAA State Champion. She also became the fastest freshman woman in NCAA history and the no.5 NCAA performer of all time.

Teahna was born on 25th March 1997 in Orlando, Florida, United States of America. The names of her parents are Wellice Daniels and Linda Latson. She has seven siblings whose names are Latonya, Dredhna, Ayana, Marcus, Keith, John, and Eric.  At a young age, she used to play sports with her family. She began running at the age of 8  and joined training schools for the same.

Teahna went to The First Academy in Orlando, Florida. For her higher and further studies, she went to the University of Texas. To focus on her coaching she went to Youth and Community Studies. She has not shared details about her educational course.

Teahna has earned a lot as a track and field player. She participates in various competitions and earns from the prize money. According to sources her net worth has been estimated between $1million to $5 million.