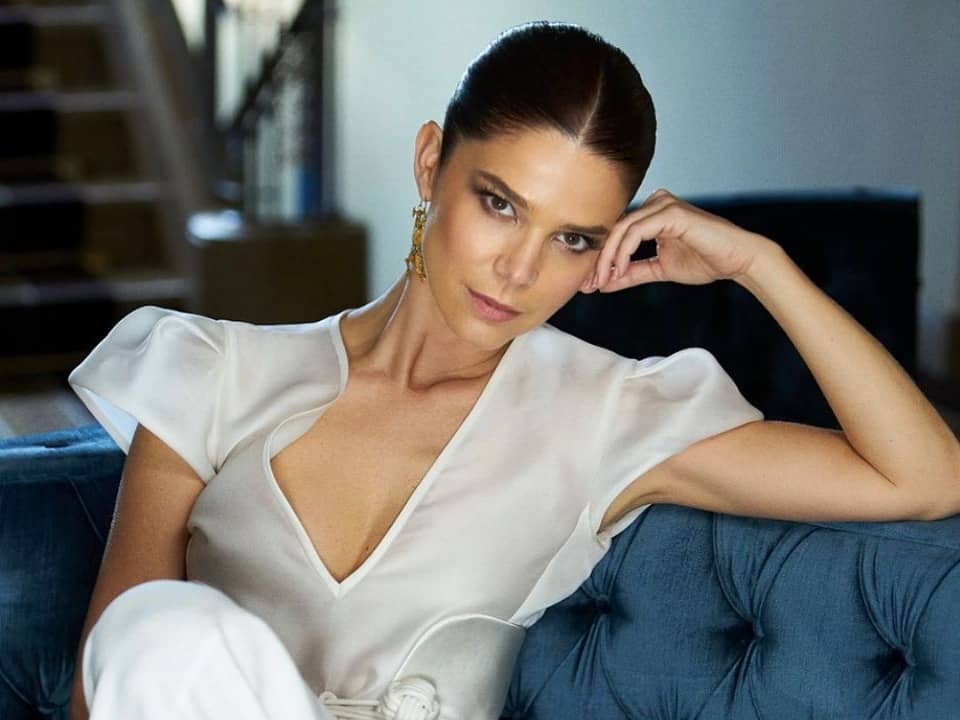 Juana Acosta is a gorgeous Colombian-Spanish actress. She is well known for her television shows like Carlos, Hospital Central, and The Vineyard. Anna, Perfect Strangers, and Imprisoned are just a few of her significant cinematic performances. She can be seen in her most recent project in Netflix’s The Innocent.

Juana Acosta Restrepo was born in the Colombian city of Cali on November 28, 1976. Marta Lucia Restrepo is her mother’s name. Valentina Acosta, her older sister, is a television actor herself. His father’s identity remains a mystery, and she hasn’t revealed much about herself in the past. Juana is of mixed origin and has Colombian citizenship. She enrolled at the University of the Andes in Bogota, Colombia, after completing her high school studies.

She starred in the television series Cain as Annie Hoste in 2017. In the film Perfect Strangers, Juana played Ana. Imprisoned, Wave of Crimes, Giants, The Vineyard, Vernon Subutex, Netflix’s The Innocent, and others are among her other famous films and TV programs.

Juana Acosta is highly active on her social media handles, as she has an Instagram account, a Facebook account, and a Twitter account too by the usernames @juana_acosta, Juana Acosta Oficial, @juana_acosta respectively. She is a highly Instagram user as she Posted 3,528 posts and having 460k followers and 1649 following. Talking about her Twitter, she has 153k followers and 1,386 followings, her posts are generally sponsored as she is an influencer.

Juana and her spouse are no longer married. Ernesto Alterio had been her husband previously. Ernesto, her former husband, is also a Colombian-Spanish actor. Juana and Ernesto initially met in a pub in Madrid in the year 2003. After their initial meeting, they both remarked that it was “love at first sight.” Soon after, the two began dating and became a real-life pair.

In a private ceremony in the year 2003, she married her husband Ernesto Alterio. They’ve also appeared in a number of films together, including Perfect Strangers and The Protagonists. Then, in 2006, she gave birth to a daughter named Lola Alterio. Juana and Ernesto divorced each other after more than 15 years of marriage. The couple is still on excellent terms and friends after their divorce. They ended their relationship in the year 2018. Both of them have remained silent about their divorce.

According to sources, Juana Acosta has a net worth of $1.5 million. She has an amazing fortune as a result of her successful acting career. Juana’s acting career is her prime source of income. Acosta, a Colombian-Spanish actress, earns roughly $925,733 per year on average. According to the influencer marketing platform, she makes $1,341 to $2,235 for every sponsored post on her official Instagram. Juana’s net worth is expected to improve in the near future, and she is still working in the entertainment industry.