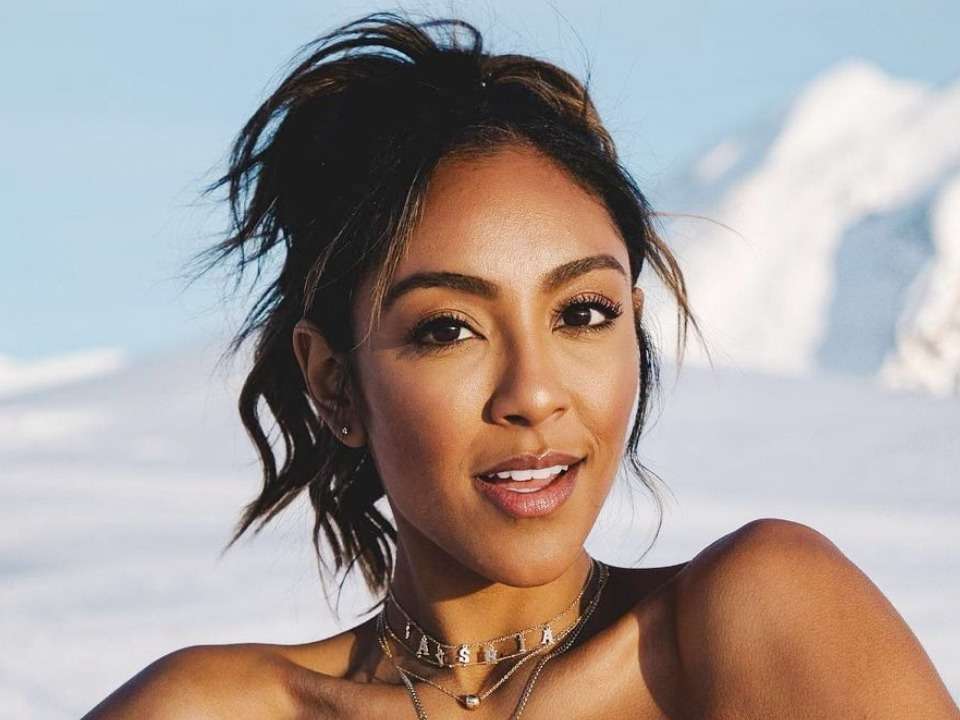 Tayshia Adams is an American television personality who is known for being a contestant on The Bachelor season 23, season 6th of Bachelor in Paradise, and season 16 of The Bachelorette.

Tayshia Adams was born on September 4, 1990, in Santa Ana, California, the United States to father Desmond Adams and mother Rosario Adams. Together she has three siblings, two brothers Desmond Jr. and Brice Adams, and a sister named Dominique. In an interview recently she mentioned that she was a Girl Scout for 12 years.  In 2012 she graduated from Concordia University Irvine with a bachelor’s degree in biology and after that started to work as a phlebotomist but as soon as she was cast for the dating reality show, The Bachelor she left her work. Apparently, she had more than four professionals.

After graduating from Concordia University Irvine in 2012 she started to work as a Phlebotomist for a few years and later when she was offered to appear in Colton Underwood’s season of The Bachelor in 2019, Tayshia shifted to being a television personality. She made her debut on television in 2019 on the 23rd season of The Bachelor. The show featured Colton Underwood, a former professional football player finding a suitable mate. Adams along with the other two contestants, Hannah Godwin and Cassie Randolphmade it to the top three, however, Underwood decided to be with Cassie.

Later in August 2019, she starred in season 6 of Bachelor in Paradise after being eliminated from The Bachelor. In the particular season, she was caught in a love triangle with John Paul Jones and  Derek Peth but after her intuitions were clear she ended up with John. Around October they called off their relationship. Currently, in the 16th  season of The Bachelorette, Tayshia was selected as a replacement for Clare Crawley as the midway of the season in the 4th episode, she got engaged to Dale Moss. The show is currently being shot.

Before appearing on the 23rd season of The Bachelor, Tayshia was married to Joshua Bourelle for less than two years, they were divorced in 2017. After the divorce, she was in a relationship with Chase Olswang but eventually, they also parted ways. Later she was cast as one of the contestants for the 23rd season of The Bachelor but only made it to the top three. Tayshia then was seen in Bachelor in Paradise where she met John Paul Jones and fell in love. But this relationship did not work either and broke up after a couple of months. Currently, she is brought back to the 16th season of The Bachelorette hopefully this time ending up with someone she wants to spend her life with.

Tayshia has appeared on multiple Bachelor shows and even before that she worked as a phlebotomist. Apart from this, due to her strong social media presence, she is offered various sponsorships from brands like Smirnoff, Secret Deodorant, Juvederm, etc. As of 2020, her net worth is estimated to be around $2 million but this cannot be certain due to the Bachelorette paycheck. Tayshia is currently working in an interior designing firm in California.