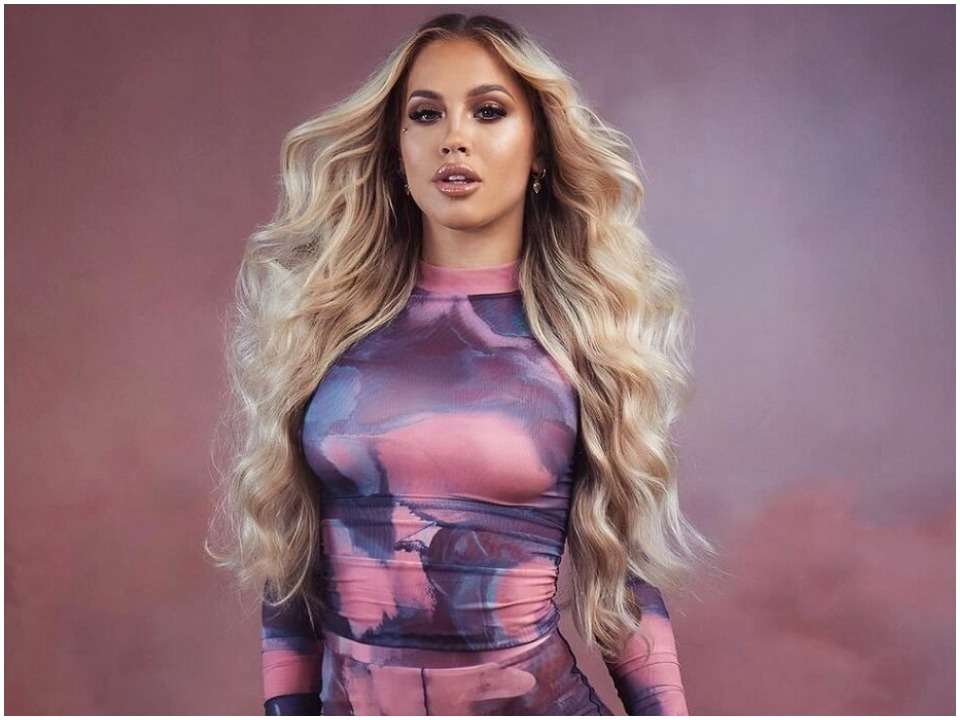 Tammy Hembrow is an Australian personality who is an Instagram star and a fitness expert by profession, she has gathered over 11.6 million followers on her Instagram handle. Also, she is highly popular because of her YouTube channel that has attracted over 1.32 million subscribers. She often posts pictures and videos of her fit body while showing off her fitness goals and amazing body shape. Currently, she is in the news because of the pregnancy that she shares with her fiance Matt Polle. She has highlighted her heavily pregnant bump over social media.

Tammy Hembrow describes herself as a proud mother of two children, an entrepreneur, a Gymshark athlete, and a fitness mentor. She was born on 27th April 1994 and as of 2022, she is 28 years old. Personally, Hembrow had to fight hard to get her recent body shape. During her teenage period, she was heavily involved in bad habits that led to her unhealthy lifestyle. She used to party, drink and smoke. However, when she started learning about being a healthy person, she started feeling the change in her life with a few regular exercises.

She started her routine to become fit and showed off her progress on Instagram. She had a decent Instagram fan following before she got pregnant with her first fiance Reece Hawkins. Tammy was born to her famous parents, her father Mark Hembrow (who is an actor by profession), and her mother Nathalie Stanley (who is a makeup artist). She was brought up along with six other siblings in the family, including four sisters and two brothers.

By doing or showing off the journey of her life while tackling and making her body picture-perfect, she gained a huge fan following and eventually became a huge Instagram star. She started showing off her fitness goals over other social media platforms including YouTube where she gathered huge subscribers. Soon, she became a huge inspiration for many women as she started inspiring people that one should not leave fitness behind even after becoming a mother.

Today, she has a YouTube channel, has become one of the fitness athletes, and often posts vlogs and fashion videos. Tammy has now become one of the fitness gurus in Australia. She has integrated the idea of pregnancy with fitness-minded people. Tammy started her journey to becoming fit and perfect body shapers when she already had her first child. She developed a website and started throwing off her ethics, and inspired life. Through her official website, she often says that she doesn’t want women to stop fighting for their good body shape after becoming a mother.

Tammy Hembrow is the mother of two children. She has one son called Wolf and one daughter called Saskia. Both of her teenage children were born with her ex-fiancé, Reece Hawkins. Currently, she is expecting her third child with restaurateur, Matt Poole. She is already engaged with Matt Poole. In December 2021, the pair revealed that they are expecting their first child together. Hembrow once shared the picture of her romance with her current fiance on a private yacht while having the picture-perfect proposal on 21st November 2021. Previously, Hembrow was engaged to Reece Hawkins who is also a personal trainer and owes the nationality to Australia. Reece and Hembrow were together for five years and then broke up in 2018.

On the other hand, Hawkins is married to another woman of his life, London Goheen. And Tammy completely owes the custody of her first two children Wolf and Saskia. Back in 2019, Hembrow was dating Tyga, Kylie Jenner’s ex-boyfriend, who used to be her casual friend of the family. They terminated their friendship and Hembrow became the girlfriend of Tyga. The news became viral as Jenner ahd the name for her baby same as that of Hembrow’s baby. But, Jenner later dropped the name. The ex-friends shared the same name of their sons while Hembrow posted a picture with her newborn son with the caption, “My Wolf”. This left the fans wondering whether or not both the friends have a baby boy with the same name.

Tammy is known to have a net worth of around $2 to $3 million. Today, she runs a successful business by the name of her app “Tammy Fit” and “Saski Collection” – the activewear brand. Though once she claimed that her family had to struggle to have a persistent lifestyle and a wealthy lifestyle, she is now capable of calling herself a businesswoman.