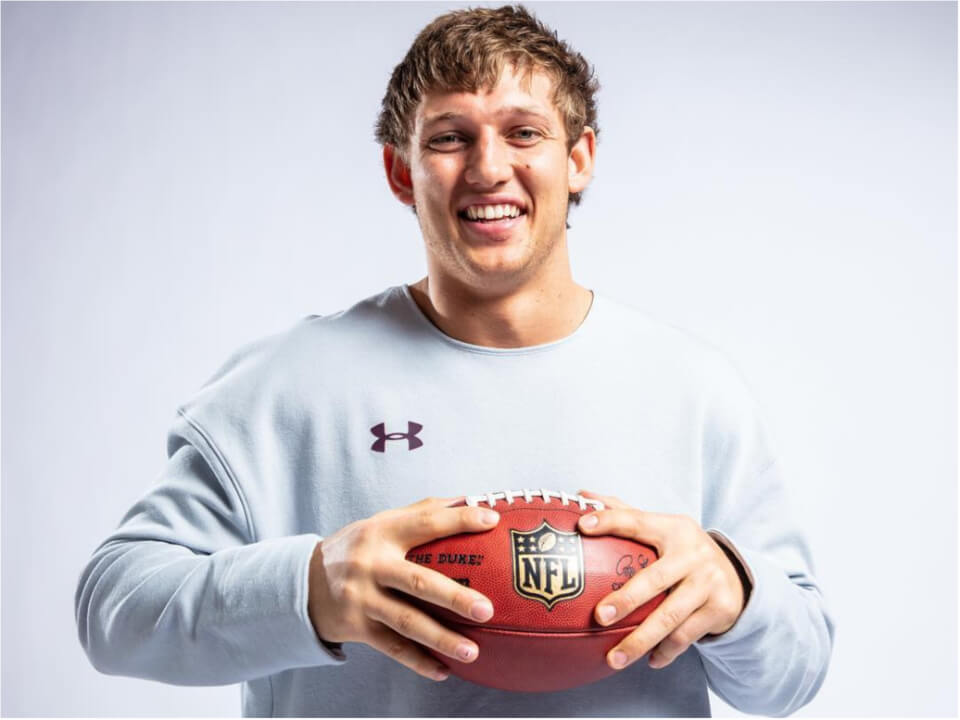 T.J. Hockenson or Thomas James Hockenson is an American football player known for being a tight end for Minnesota Vikings. The young footballer was first drafted by Detroit Lions in the 2019 NFL draft and also had an amazing college football career.

T.J. Hockenson was born on 3rd July 1997 in Chariton, Iowa, and grew up in Cherokee in his early years but later moved back to his hometown in his high school days. Tod Hockenson is his father while Teri Hockenson is his mother and he has three siblings Kelsey, Matt, and Andy Hockenson. TJ has completed his high school education at Chariton High School where he was actively involved in football and basketball. Later, he went on to attend The University of Iowa to pursue his college football career. He graduated from college in 2019.

TJ was always interested in sports but he started considering moving forward with football. He had an amazing high school career where he was a four-time letter winner and played as a tight end and defensive back. Thomas led the team to the state playoffs and was also awarded the all-state first team in his final year. He was recruited by the University of Iowa and joined the football college team Iowa Hawkeyes.

At college, he joined the team as a tight end and played in the starting lineup. He had successful performances and proved to be an asset to the team. In his freshman year, his best game was against Ohio State where he managed 71 yards and 2 touchdowns. He also recorded the 5th best statistics on the team in the same year. He won the Big ten’s tight end of the year award as well as the Kwalick Clark award in his sophomore year.

In 2019, he went on to join the 2019 NFL draft and was drafted by Detroit Lions in the first round. He started playing for the Lions as a tight end and in a game against Arizona, he recorded 131 yards- most for a debut in NFL history. The following year, he was placed in the reserve due to an injury but returned and recorded an amazing performance against the Chicago bears and Atlanta Falcons. After his remarkable performance, he was named to the 2021 Pro Bowl. In the 2021 season, he was again reserved due to injury. The following year, in the game against Seattle Seahawks he set an all-time Lions record with 179 yards and 8 receptions. Later in 2022, he was traded to Minnesota Vikings.

TJ is currently in a relationship with Mikala Brown, a professional photographer. The couple has been dating for a long time and also often shares pictures on their social media. Mikala is highly supportive of TJ and also supports his move to Minnesota. Thomas doesn’t like to share many details about his relationship but often dedicates appreciative posts to Mikala.

T.J. Hockenson is a professional football player and has been in the NFL for around 4 years. He earns loads of income through his football career but has not shared the exact details. His net worth can be estimated to be around $1 million and is known to lead a luxurious lifestyle.